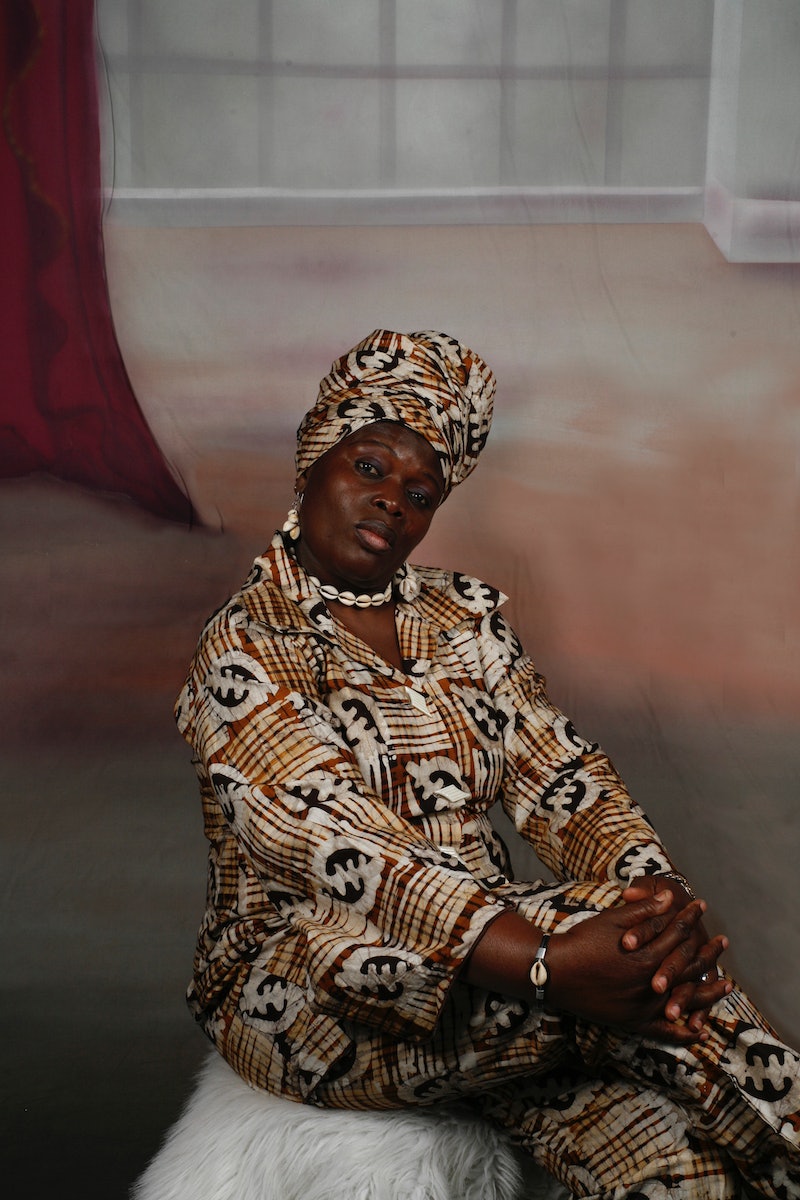 We all know the U.S. music industry doesn't play nice or fair. But it still beats being a female musician in Ghana. At least, that's what Sirina Issah, 45, a singer and composer from the Northern region of Ghana, says. She released her first album in Ghana in 1993, and after building up her career there, she moved to Chicago in 2009. Now she is about to release her first single in English, and although the American way of doing things took her some adjustment, she thinks it's been worth it. We interviewed her to find out more about her take on the U.S. music industry and what her transition has been like.

The exciting thing is that when it comes to the studios here in the U.S. they are excellent. Everything here is excellence. But in the U.S. it’s so different. You have to produce your own instruments. If not, you have to pay someone to come into the studio to play for you. In Ghana, if I pay $10,000, they do everything for me, everything that I ask. But here you have to pay for the lead guitar, for the base guitar, for the drummer, for the piano. And that's excluding the studio charges. It scared me a lot. I came home and told my husband, “Can you believe it? They don’t do it like we do." But I worked with this very wonderful engineer at the Midwest Studio, and we started to record it, and guess what? Even the backings, like the harmonizing of the song, people usually pay someone to do it. So when I went into the studio and began to sing my own harmonies, he said, “Sirina, you are so wonderful! I underestimated you. Even with the superstars, we have to bring in people to harmonize for them. And you can do it!” So there’s a lot of difference. Here it's excellence all the time, but you have to work hard to earn it. But back in Africa, I just pay you and you do it for me. So it’s quite different.

Do you feel like that it’s more prevalent in American culture than elsewhere to have music that’s degrading to women?

Yes. You know every country has this culture. But women are very precious, and it’s only in this Western world that women are valued. Where I come from, women are second to nothing. You don’t talk unless [men] ask you to talk. And because of that our region is not developing in Ghana. My great-grandmothers, they were singers, but they would only be able to sing if the king was having a festival. But if the king doesn’t say sing, you don’t do it. I broke the wall for others to get away. I always tell my parents this is what I wake up to do, and it's what makes me happy. Nothing makes me happier than singing. And so I’m trying to do something that my ancestors didn’t do. It’s time for change.

You've said that you once applied to be on the Ellen DeGeneres show. What about her inspires you?

When I first arrived here I started watching TV and my favorite channel was NBC5 in Chicago. And at 3 p.m., her show would come on after Oprah. Initially it was kind of funny to me the way that she entertained the crowd, and I loved her show so I started watching it a lot. But when I got further into it I realized she was doing more than just comedy. She was saying “C’mon, you can do something.” Most of the people she invites onto her show have had real experiences, and she's motivating. I was watching one show where she invited on a guy who was a dancer, and after performing, I realized that he needed money for college and that’s why she invited him. She made me feel like “The sky is the limit. You can do this.” And when I went to search for her bio to see who she was, I found out she has come such a long way, and it inspired me so, so much. And from that day I started writing this one particular song. It’s in English, though I put in a little bit of my language just to show where I come from. I’m hoping that one day I can play that song on her show, so I can let her know that her show has touched a lot of people.

Are there other America celebrities that you connect with?

Well, one of my favorites is Queen Latifah. I like her rap, and Missy Elliot from New Jersey, and Ludacris from Atlanta. I always watch his videos, and he’s inspired me because he respects women a lot and some of his raps acknowledge women. And Nicki Minaj. Oh my gosh, I would love to work with her in the future. And Rihanna, and Sean Paul. I don’t have a particular genre, so I can fit in with hip-hop, reggae, R&B, soul. I’ve been watching him since I was far away, before I even got here.

What do you hope to accomplish with your musical career now that you've moved to the Chicago?

I use my music to sing what I have experienced. I always speak the truth, and if I put it to music, it will make someone else feel like "somebody has been in my shoes before." I feel like if I put it out, it’s going to make an impact in that person’s life.

More like this
Beyoncé & Madonna’s “Break My Soul” Remix Honors A Group Of Black Icons
By Stephanie Topacio Long
Christina Perri Reacts To Her 'Twilight' Song Being One Of YouTube's Most-Viewed Ever
By Radhika Menon
Beyoncé Is The First Woman To Have A No. 1 Album Since Adele Did Almost A Year Ago
By Radhika Menon
Britney Spears Is About To Make Her Music Comeback With Elton John
By Jake Viswanath
Get Even More From Bustle — Sign Up For The Newsletter