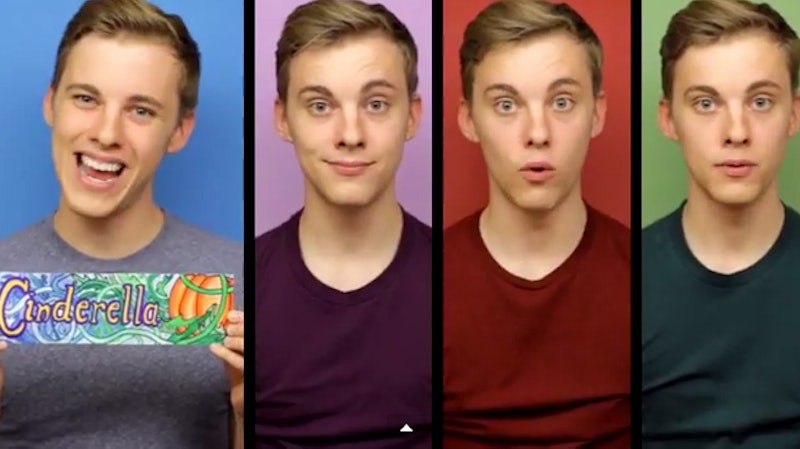 If you can recall, back in March 2013, the most incredible video hit the Internet. Jon Cozart, a musical genius and a crazy talented wordsmith, created the video "After Ever After," which featured four split screens of him singing the true stories of what (probably) happened to our favorite Disney heroines after the credits stopped rolling. Now, we have the very anticipated "After Ever After 2," which features Cozart singing about four more Disney princesses's not-so-happy endings (except Mulan. She turns out all right).

Without giving too much away — because you've got to watch this yourself to witness Cozart's crazy musical talent — let's put it this way: Mulan might have taken "Be A Man" further than a G rating would allow her to (but we're so behind her, anyway), Cinderella's Prince didn't think the whole "I was in a pumpkin!" schtick was cute, Tiana has to deal with post-Katrina New Orleans, and Frozen's Elsa...well...let's just say she's a tyrannical Ice Queen. And on a tangential note, you'll never think of Ping from Mulan the same way again.

Anyway, you must check out this video, and be sure to watch the whole thing! There's a surprise, er —dare I say it — happy ending, amidst all of the trauma these princesses confess to enduring.