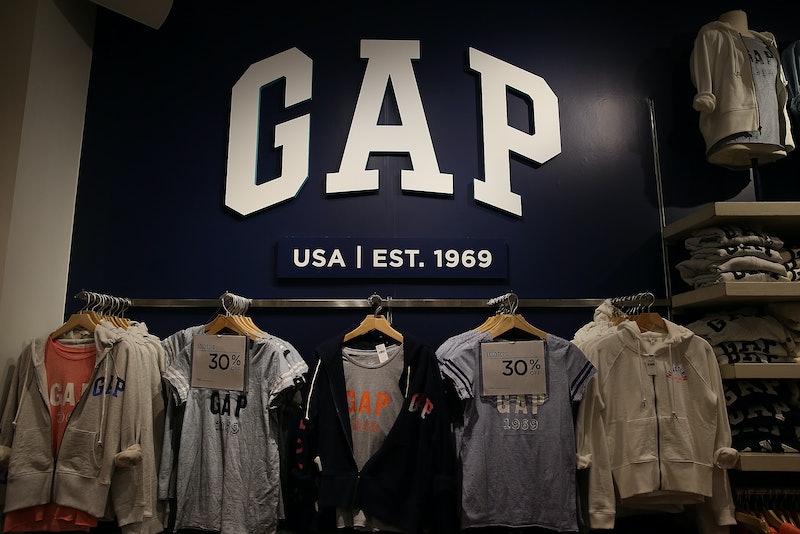 Yay for Gap! The retail giant has made the initial steps in increasing their minimum wage after making a pledge last February to raise its lowest wage tier to $10 per hour. According to The Chicago Tribune, some 65,000 Gap employees will reap the benefits of a higher minimum wage with a new $9 hourly wage — almost two bucks more than the federal rate, which is currently $7.25.

This increase will not just be for employees working in store, but also the distribution and fulfillments centers for all of the company's brands, including Banana Republic, Piperlime, Athleta and Intermix. Gap Inc. hopes to achieve their promise of a $10 hourly wage by June 2015.

According to a company statement, they believe that increasing the minimum wage “can strengthen our ability to attract and retain a skilled, enthusiastic and engaged workforce” and that “investing in our frontline talent will strengthen and deepen relationships with our customers.”

President Obama praised Gap earlier this year after they made the announcement to raise their lowest wage tier. The White House has been pushing the same increase in the federal minimum wage to $10.10 per hour.

As someone familiar with the countless daily annoyances that come with any job that involves dealing with the general public (No, sir, you can not return shirt you got on sale two years ago — I don't care if you've "never worn it."), I'd say this increase is way past overdue. Though it's a small start, hopefully Gap's move will inspire more retailers — and, subsequently, companies in other industries — to start paying their hard workers a little bit more.