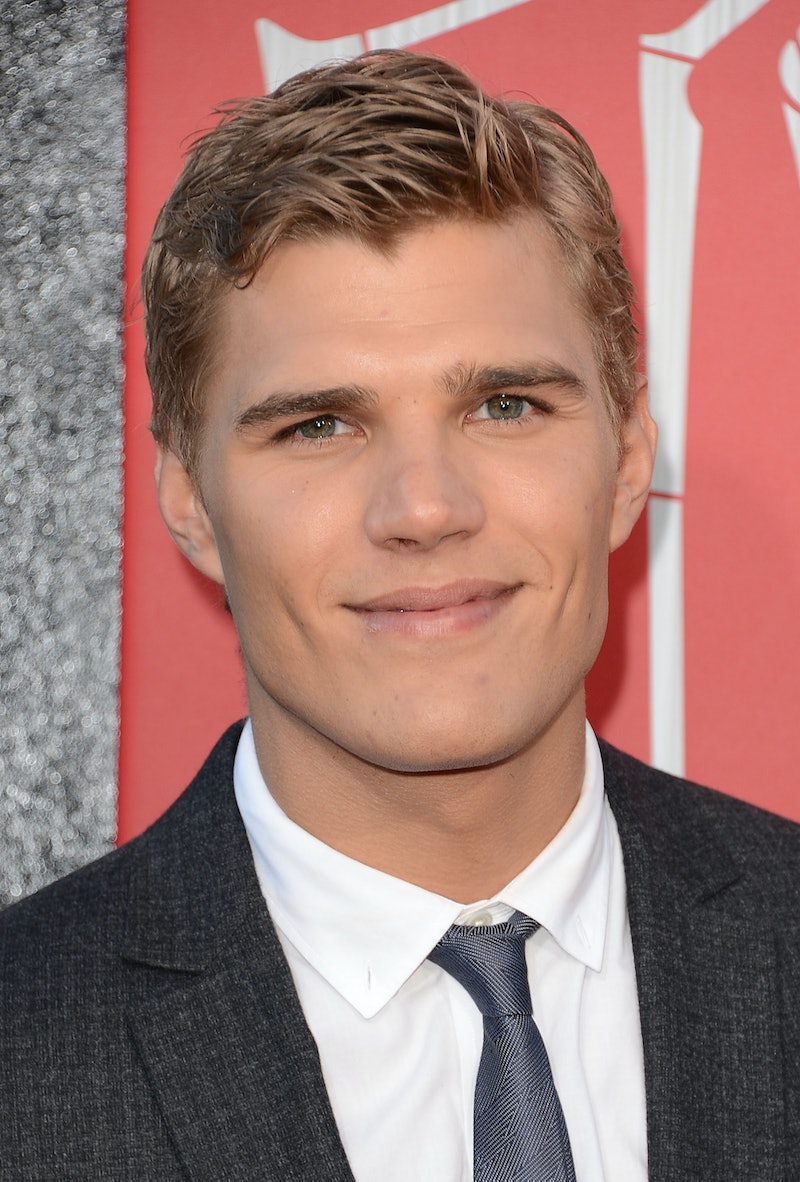 Take a look at that face up there. Does it seem familiar to you? Oh, you're not done looking yet? Don't worry, take your time. ... All done? That attractive gentleman is Chris Zylka, and the reason we're talking about him is because he's one of the stars of HBO's newest series, The Leftovers . Based on the novel by Tom Perrotta (Little Children, Election) about the aftermath of a Rapture-like event, the buzzy drama is sure to bring lots of mystery to Sunday evenings — as well as Zylka's handsome mug. You won't hear us complaining.

But who exactly is Zylka, where have we seen him before... and what kind of name is that, anyway? Let's investigate.

The blonde actor was born Chris Settlemire in 1985 in Ohio to a German and British father and a Polish and Czech mother. After attending the University of Toledo, he adopted his mother's much more interesting Polish maiden name as his stage name. Zylka's first professional acting gig came in 2008 with a one-episode guest stint on the first season of The CW's 90210 as Jason, the ex-boyfriend of Annie (Shenae Grimes). He reprised the role five years later in one episode of the show's final season.

In addition to 90210, Zylka also guest starred on the likes of Everybody Hates Chris, Hannah Montana, and Cougar Town. His first role in a feature film came in 2009 in the "American sexy comedy" The People I've Slept With. His character name is listed on IMDB solely as: Mr. Hottie. Fair enough. Next up came Kaboom, the bizarre 2010 sci-fi-sex-adventure-coming-of-age-supernatural-cult-dramedy. Zylka played the appropriately-named Thor, hunky roommate and object-of-desire of the film's protagonist Smith (played by Thomas Dekker).

Hot off the moderate success of these two indie films, Zylka was cast in a major recurring role on ABC Family's short-lived show 10 Things I Hate About You. He appeared in 16 episodes as Joey, the boyfriend of mean girl Chastity who Bianca lusts after. When the series was cancelled after one season, Zylka went on to appear, weirdly, in two nautically-themed extra-dimensional monster movies: Shark Night 3D and Piranha 3DD. Spoiler alert: he doesn't make it out of either of them alive. (In the former, a Great White tackles him off a jet ski; in the latter, he takes a trident through the eye.)

Zylka's most widely-known role to date came in October 2011, when he was introduced on the sixth episode of The CW's The Secret Circle as Jake Armstrong, a former witch hunter who joined the Circle led by Britt Robertson's Cassie, and stole the hearts of CW viewers everywhere. Who can resist a semi-reformed, occasionally untrustworthy sexy male witch? Circle also reunited Zylka with his Kaboom costar Thomas Dekker. Shockingly, The CW cancelled Circle after one season, despite the show being the network's third-highest performer. Despite fan outrage, letter-writing campaigns, and an initiative called "Save The Circle," the promising supernatural show sadly remains in the television graveyard.

While appearing in The Secret Circle, reports surfaced that Ryan Murphy had cast Zylka in Season 2 of FX's American Horror Story. The actor was supposed to appear in Coven as Daniel, a deaf-mute at the asylum described as "the most beautiful boy in the world." The character allegedly would have had a significant multi-episode arc. Unfortunately for Zylka fans, the actor was reportedly cut after he refused to cut his hair for the role. Though the part was recast (played by unknown Casey Wyman), the character's importance was significantly reduced from important player to peripheral inmate. Ironically, the Daniel that does appear on the show has even longer hair than Zylka.

Even more ironically, Zylka did end up shaving his head for his next major role: as Flash Thompson in the 2012 comic book reboot The Amazing Spider-Man. The actor also filmed a cameo for the 2014 sequel, but his scene was cut from the finished product.

Since Spider-Man, Zylka has appeared in several episodes of ABC Family's Twisted (as prankster Tyler Lewis) and filmed the horror-comedy Kitchen Sink, which is currently in post-production and currently on track for a January 2015 release. The film features a stellar cast including Joan Cusack, Mackenzie Davis (Halt And Catch Fire), Vanessa Hudgens, Denis Leary, Bob Odenkirk, Patton Oswalt, Keegan-Michael Key, and Ed Westwick.

And who will Zylka be playing on The Leftovers? His character is named Tom Garvey, the son of protagonist Kevin, who's the mayor of the town where the show takes place. After The Departure, Tom dropped out of college and fell in with a mysterious cult led by a man who calls himself Holy Wayne. He is charged by Wayne to protect the leader's pregnant wife Christine, with whom Tom embarks on a dangerous cross-country mission.

One final piece of bad news: in April of this year, the actor proposed to 25-year-old model-designer Hanna Beth. That's right — Chris Zylka is officially off the market, ladies.