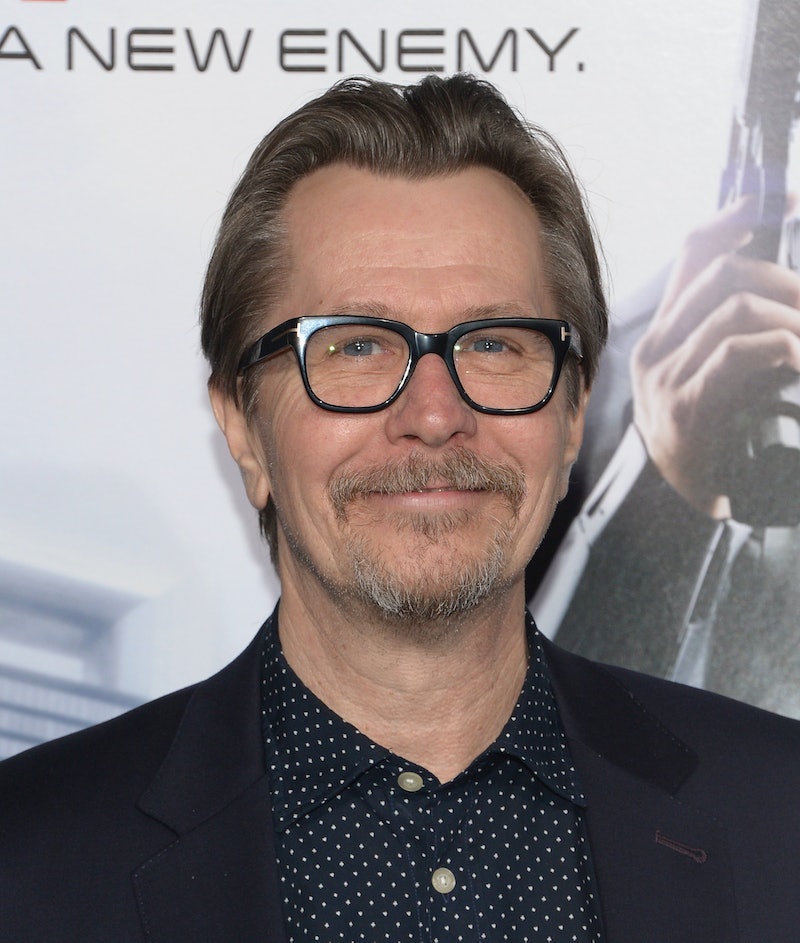 When it was revealed on Tuesday that Gary Oldman had made a bunch of offensive, racist statements to Playboy , the awfulness of his comments came as a surprise, but his choice of outlet? Not so much. For years, celebrities have taken to the famous magazine to spill all their most cringeworthy, inappropriate thoughts, on topics ranging from race to sex to the "justified" occasions that one can hit a woman (here's your answer, Sean Connery: never). It's unclear why stars seem to think that Playboy is the best place to reveal their worst selves, but for whatever reason, they do it — over and over and over again, despite there being every bit of rationale for them to just shut up and stick to the script.

Although Oldman's Playboy quotes were criticized for their racism and anti-Semitism, many more of the infamous interviews given by other stars revolved around sexism and misogyny. Maybe they think that because it's Playboy, those things are fair game to support? It's a despicable trend, and hopefully, men who talk to the magazine will finally learn that it's not a place to voice their hateful opinions — or, you know, that they shouldn't have these ideas about women in the first place. Two of the most memorable anti-women Playboy interviews given by celebrities:

In 1965, Connery, then a Bond star, gave an extensive interview to Playboy that included his thoughts on violence against women, because clearly, that's a topic that needs debate. To be fair, he was prompted by the interviewer (seriously, what kind of question is "how do you feel about roughing up a woman?"), but there's no excuse for an answer that boils down to "it's all good."

"I don't think there is anything particularly wrong about hitting a woman," he said, adding that "if a woman is a bitch, or hysterical, or bloody-minded continually, then I'd do it."

Before anyone got too upset, though, Connery clarified that he didn't mean hitting a women "in the same way that you'd hit a man." Females, he said, just require openhanded slaps, and only if "all other alternatives fail." Besides, he elaborated, hitting women on occasion simply makes sense, as "a man has to be slightly advanced, ahead of the woman," and ladies love nothing more than a "decisive, cruel" man.

"But," Connery said, "I wouldn't call myself sadistic."

The 2010 article's headline says it all: "A candid conversation with the tabloids' favorite rock star about Jennifer Aniston, Jessica Simpson, being an honorary black man and why the best sex happens alone." If that's not cringeworthy enough, though, take a look at some of the stand-out quotes:

On Simpson: "That girl, for me, is a drug. And drugs aren’t good for you if you do lots of them. Yeah, that girl is like crack cocaine to me.... sexually it was crazy. That’s all I’ll say. It was like napalm, sexual napalm."

On only sleeping with white women: "My dick is sort of like a white supremacist. I’ve got a Benetton heart and a fuckin’ David Duke cock. I’m going to start dating separately from my dick."

And then there's all the stuff he said about Aniston, his ex-girlfriend. While none of it is particularly offensive, it's all very personal, with Mayer revealing far more details on his former relationship than a person as private as Aniston would ever have wanted. But he wasn't trying to be disrespectful, of course! As Mayer said, "we just have a regard for each other’s feelings that is pretty intense." Which, apparently, includes him talking openly about her to a major magazine without her consent.

Soon after the interview was published, Mayer apologized, but it didn't make much of a difference. His image has never really recovered, and you can bet that he's not on speaking terms with Aniston, Simpson, or any of the black women he mentioned his penis would consider dating — that is, if it ever stopped being so racist.