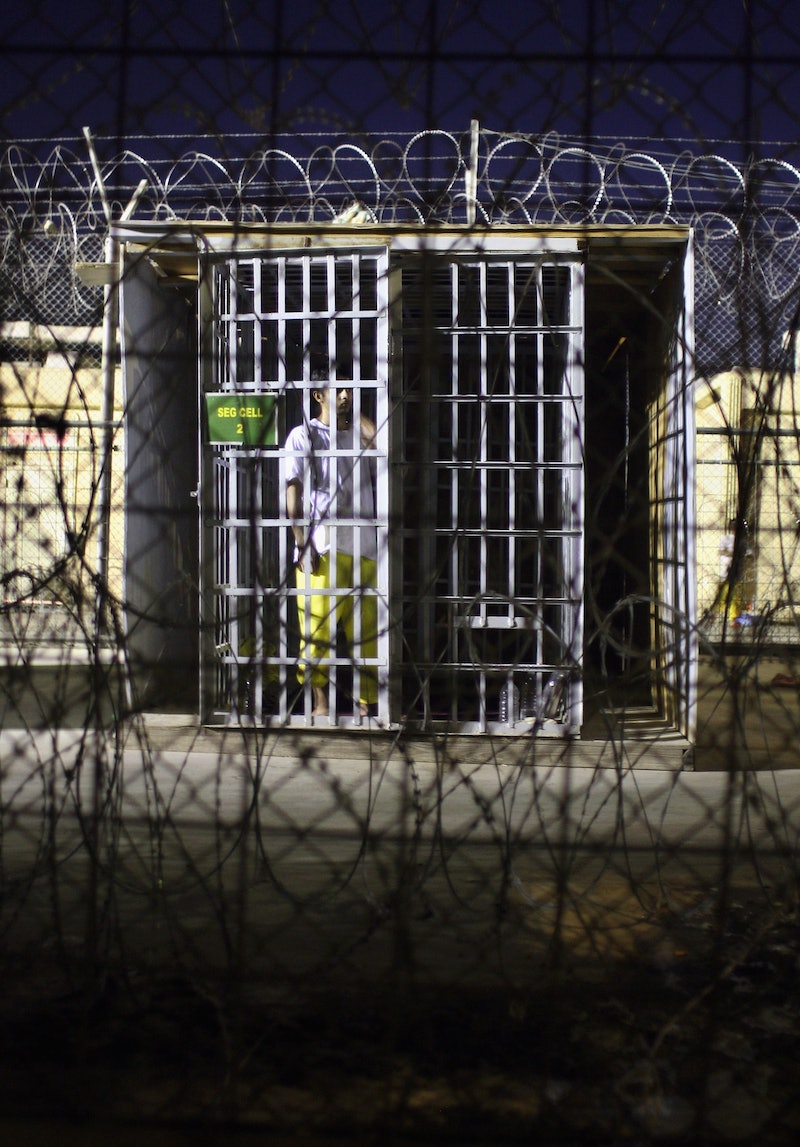 The largest California prisoner hunger strike in the state's history, which began on July 8, is still happening. At it's inception the strike boasted 30,000 participating inmates from over two dozen California prisons, but according to corrections officials, that number has now dropped to 525 in eight prisons.

The strike began as a protest against the use of solitary confinement, which inmate advocates claim is equivalent to torture. Other demands include more adequate nutrition, ending group punishment, putting a 5-year limit on solitary confinement, an overhaul to the policy of identifying suspected gang members, the right to make monthly phone calls, and improving rehabilitation programs.

Despite the drop in the number of striking prisoners, efforts to further the mission of the strike are going strong outside of prison walls. On Tuesday, roughly 50 mothers, wives and other relatives of inmates brought a petition with 41,000 signatures protesting the state's solitary confinement practices to California Governor Jerry Brown's office.

Amnesty International has joined inmate supporters from the Prisoner Hunger Strike Solidarity Coalition in demanding an independent investigation into the recent death of a prisoner in solitary confinement.

Billy Sell, 32, who was serving a life term for attempted murder, was found dead in his cell July 22 in what appeared to be a suicide. Prisoner officials maintain that Sell's participation in the hunger strike was not a factor in his death, but inmate advocates and fellow prisoners argue that Sell "had been requesting medical attention for several days before his death." In addition, corrections officials acknowledged in a statement Monday that Sell had been participating in the hunger strike from at least July 11 until July 21, the day before his death.

According to Jules Lobel, the president of the Center for Constitutional Rights and the lead lawyer in a federal lawsuit over solitary confinement, this strike is likely to last awhile.

“Last time, they took promises of reforms, but they are not going to do that again, because two years later the reforms have not materialized in any real way,” Lobel told The New York Times. “This could become a very serious situation over time, because it seems we have a substantial group of people who are prepared to see it to the end if they don’t get real change.”