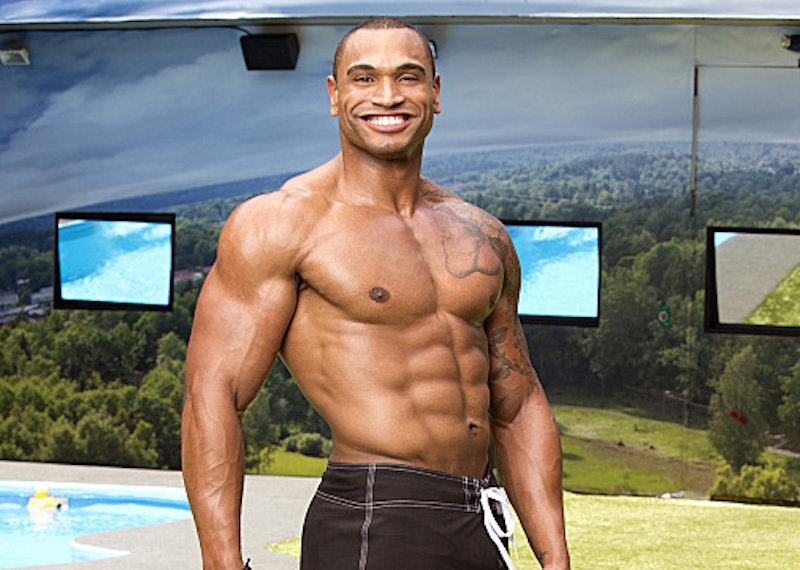 Apparently the trend for this summer's reality series is to feature at least one professional athlete. First it was The Bachelorette 's Josh Murray, who played for the Milwaukee Brewers’ minor league team, and now during the season premiere of Big Brother 16, we learn that we have another baseball-player-turned-reality-star to root for. One of the housemates on Big Brother 16 , Devin Shepherd, was a pro baseball player. Odds are, after learning a little about Devin during the premiere and seeing his smile (and let's be honest, those abs), you're wondering what team's field you can find him on.

Sorry, but you're a few years too late. Devin played for the St. Louis Cardinal's minor league team, but ended his athletic career to take care of his 2-year-old daughter. Go ahead, swoon. I'll wait. Don't worry, Devin's new profession can be pretty sexy too—if you're into motorcycles. Now Devin works as a sales manager for Harley Davidson in San Antonio, Texas.

Sorry to break your heart, but as a baseball player, Devin was actually pretty mediocre. In 2010, his batting average was .246, not too bad, but nothing too remarkable either. Then again, for all we know he's the best Harley Davidson sales manager San Antonio has ever seen. Oh, and since he walked away from a baseball career for his daughter and listed a photo of her as one of the three items he would choose to bring into the Big Brother house, it's safe to assume Devin is a pretty great dad.

Now we just have to wait and see if he's a great Big Brother contestant. Based on first appearances, his odds are pretty good, but we all know how easily that can change.