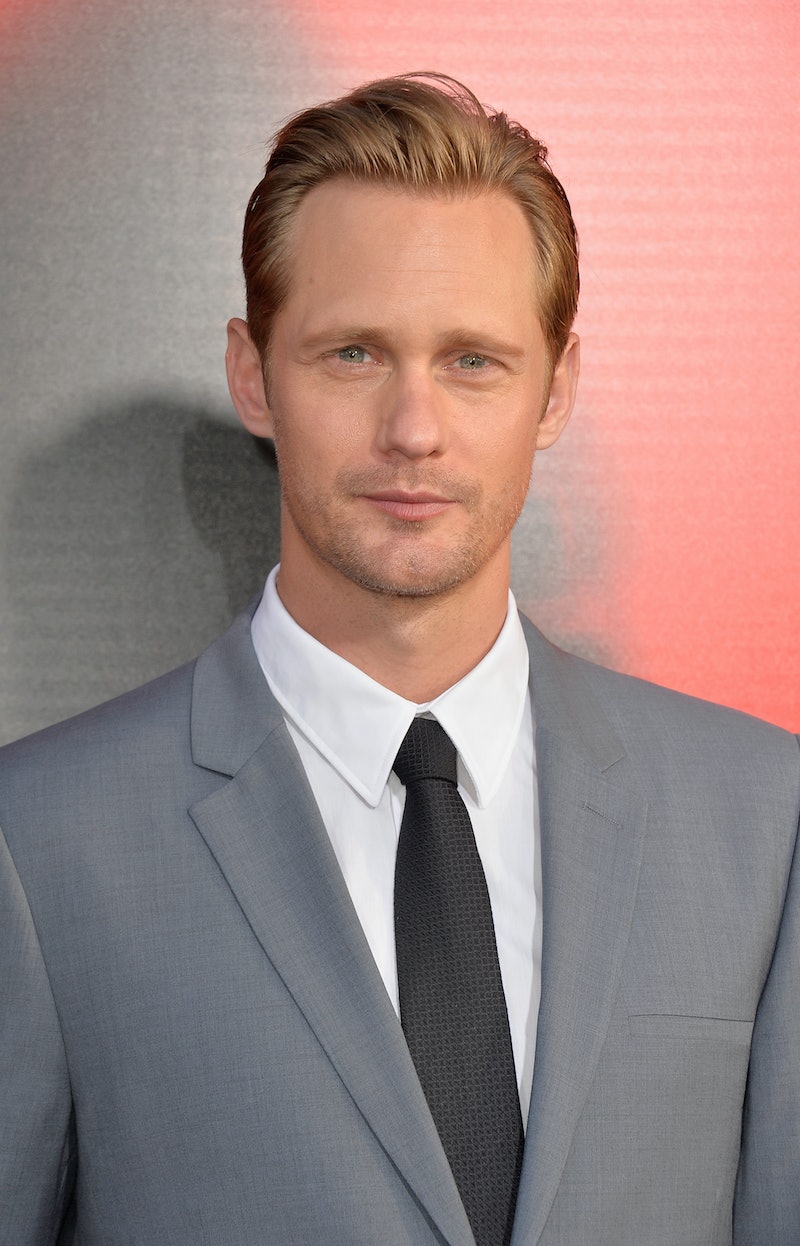 Eric Northman has great hair. I mean, he's Eric Northman, he could have no hair and we'd still love him. But since True Blood 's final season premiered last Sunday — and Pam is still out looking for her maker —it's as good a time as ever for the most epic of True Blood #TBTs. Of all of the characters on HBO's vampire series, Alexander Skarsgård's Nordic wonder has gone through the biggest physical change. Namely, the chopping off of his beautiful, blonde locks.

Back in 2005, when True Blood premiered and spawned the world of vampire entertainment we're trapped in today — long before Sookeh became a thing, Hep V made everyone nuts, and the show unceremoniously killed of Tara — there was Eric Northman's long bob. And how breathtaking and regal it looked while he sat on his throne (Eric did it first, Game of Thrones) in Fangtasia, until HBO chopped it off for Season 2. Honestly, you probably forgot about it over the past five seasons while you were hating on Eric and Sookie's relationship and wondering whether or not your favorite vamp burned to death on top of that mountain. But if there's anything worth remembering after True Blood ends this season, it's Eric Northman's long blonde bob (RIP) — and now, a glorious #TBT (which should officially stand for True Blood Throwback from now on).

On His Vampire Throne

Glowing In The Soft Lighting

It Even Looks Good With A Wifebeater

He Deigns To Be Surrounded By People With Bad Hair

Her highlights were brassy.

And While Lounging In A Relaxing Bath

It doesn't even need to be washed.

But It Does Require Some Maintenance

He Knows The Hair Is Superior