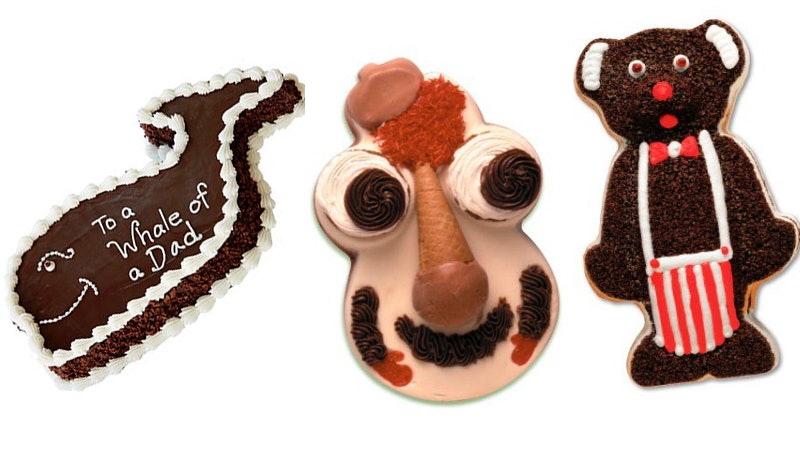 Anyone who ever spent their formative years wondering exactly what the hell Carvel’s Cookie Puss is, you can now rest easy: The mystery has been solved, and apparently he’s a space alien.

According to Gothamist, who went straight to the source to get the lowdown on Cookie Puss, Carvel can neither confirm nor deny that the bizarre ice cream creature is, indeed, an alien — but let’s face it: An answer like that is as good as saying he is. Furthermore, before he was a cake, Mr. Puss worked as a test pilot for NASA. His tendency to melt under extreme pressure put the kibosh on that career rather quickly, but still — it brings up the interesting possibility that Cookie Puss was discovered by NASA during one of their many space mission and brought to Earth as an alien ambassador. Given that he arrived on the scene in the 1970s, perhaps he was even the result of the 1969 Apollo 11 moon landing. Who knows?

In any event, we decided in light of this new information that the time had come to present the world with a definitive ranking of Carvel’s character-based ice cream cakes. It’s very scientific and exact (by which we mean it’s not at all scientific or exact and we totally made the whole thing up), with a great deal of research behind each decision (or not). Counting down from nine to one — with nine being the least impressive cake and one being the best ice cream cake in the history of ice cream cakes — we have:

Hug Me came along at around the same time as Cookie Puss, but he’s by far the lames of the bunch — and I say this as someone who adored teddy bears as a small child. He’s just… kind of a giant doof. Sorry, Hug Me.

Carvel boasts a wide variety of bunny cakes, but each one looks stupider than the last. Indeed, every single one of them is known around the Bustle office as “the stupid bunny.” They’re slightly better than Hug Me the Bear, mostly due to the fact that we’ve got options when it comes to bunnies — but they’re still not great.

Our buddy Snowman would have scored slightly better if he were just a little more PC. We prefer “snowperson” these days.

Tom has a unique, slightly wild-eyed look all his own, and for that, he earns a solid five.

Like Cookie Puss and Hug Me the Bear, Fudgie the Whale first appeared in the 1970s. He’s got vintage appeal, but he’s also thoroughly modern in that he has a striking resemblance to the Twitter Fail Whale. Perhaps they’re related?

I mean, come on. Cookie Puss is an alien. It doesn’t get much better than that. Except when we’re considering…

Cookie O’Puss beats regular ol’ Cookie Puss for one reason, and one reason alone: Not only is he an alien, he’s an alien pretending to be a leprechaun. It’s not the most subtle nor effective of disguises, but he gets bonus points for trying.

More like this
Here’s What Sarah Jessica Parker’s Canned Cosmo *Actually* Tastes Like
By Emma Garza
8 TikTok Pasta Recipes To Try Out At Home
By Emma Garza
If Your Refrigerator Is A Mess, These 25 Organizing Products Can Help
By Courtney Young
Meet The Spice Company Founder Who Sees Chai As A Metaphor
By Madhuri Sathish-Van Atta
Get Even More From Bustle — Sign Up For The Newsletter