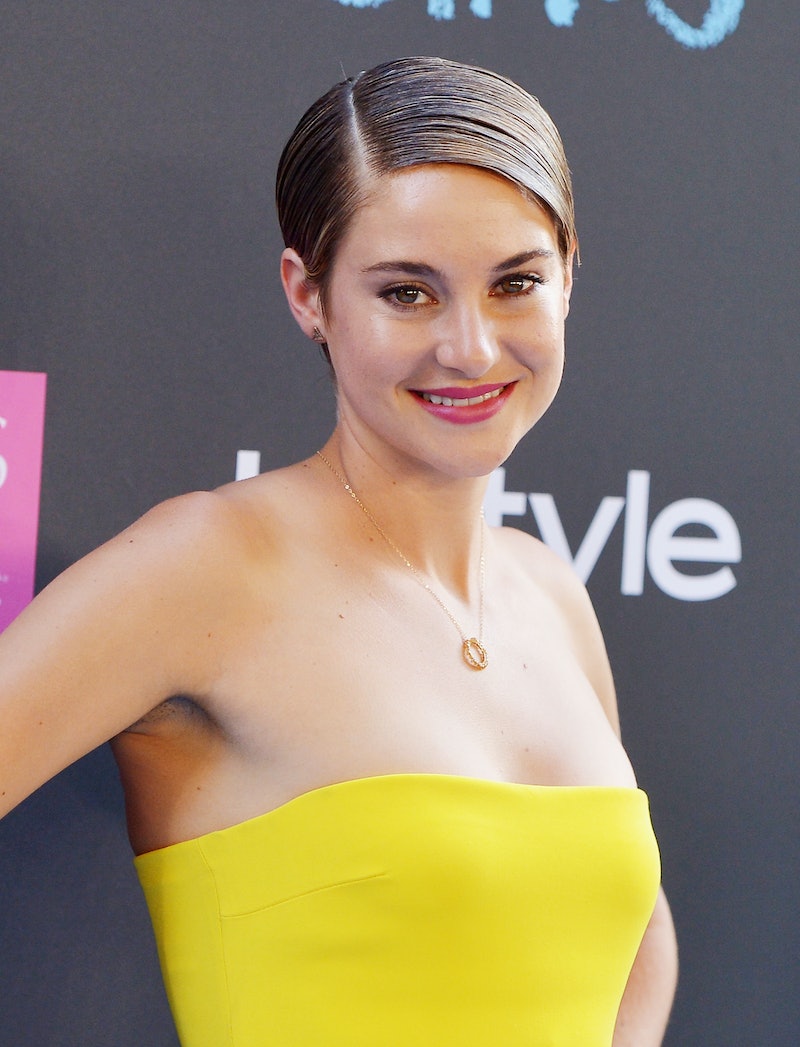 She may have only gained fame within the past few years, but Shailene Woodley knows a thing or two about battling the media. Whether she's talking about her love of nature or getting called out for her views on feminism, Woodley's struggled just as much as any star her age when it comes to her public perception. So it's only fitting that when asked about the antics of another famous 20-something, she had a few things to say; in an interview for the July issue of Vanity Fair, Woodley gave her thoughts on Miley Cyrus' supposed image problems, coming to the controversial singer's defense.

“Miley isn’t rude or mean or cruel to anyone in her actions," Woodley said. "She just does herself. And regardless of whether you agree with what she’s doing or not, it’s none of your business what she does. She’s not in the world doing mean things."

Woodley went on to question why Cyrus receives such scrutiny in the first place, especially from parents worried about their children's well-being.

"Why are all these parents or all these people freaking out about Miley being herself? If you don’t want your kids to watch it, you know, you can change that situation at home, but don’t make a big deal of what she’s doing. Make a big deal about the bullies at school who are beating kids up," Woodley said.

The actress' points are certainly valid, as well as much-needed; Cyrus has gotten more than her share of criticism from adults twice or three times her age, but rarely has she garnered support from one of her own peers, especially one as prominent as Woodley. And it makes sense that Woodley, an actress who, despite her definition of feminism, has often encouraged women supporting other women, would be the one to stand by Cyrus's side.

Hopefully, Woodley's words will inspire other female stars to do the same, whether that be giving support to Cyrus or any other woman receiving flack for simply being herself. As Woodley said, there are far more important things to focus on than one pop star's choice in clothing, and critiquing a female celebrity for her self-expression is harmful to all women, famous or not.