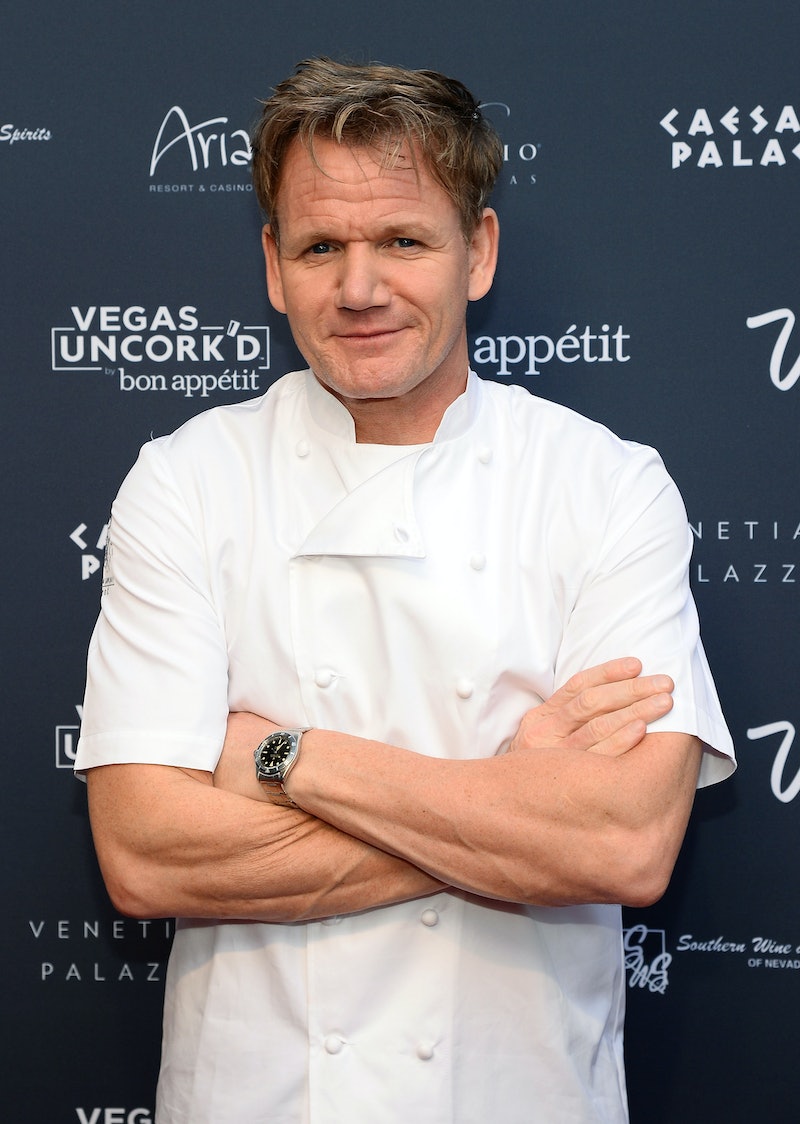 Gordon Ramsay is best known for screaming at people on reality TV, but now he's going to be known for a lot worse than that: turns out that the American version Kitchen Nightmares has lead to the closure of over 60 percent of the restaurants Ramsay featured. Although the point of the show is for the celebrity chef to take a failing restaurant and turn it into a success, it seems that the audience couldn't get past the negative things they saw. In a survey from Grub Street New York, of the 77 U.S. restaurants featured on the show 47 have closed — 23 of which shut down within the year their episode aired.

Obviously that data doesn't necessarily mean that it was Kitchen Nightmares' fault. It could have been because of the recession or a number of extraneous factors, but the closing dates do seem pretty suspicious.

Perhaps those failed business owners will at least take comfort in hearing that after 10 years on June 23, Ramsay announced his decision to cancel the show. But in his announcement he acknowledged how great Kitchen Nightmares has been for his life. "Starting in 2004 this was the show that really propelled my TV career ... I'd like to thank you all for being so supportive. I'm glad I've been able to entertain and hopefully help a few people along the way."

An Arizona Republic review of the show said the gruff Ramsay is "oddly endearing, mainly because he genuinely seems invested in the fate of each restaurant." That was certainly his goal when he started the UK version of the show under the name Ramsay's Kitchen Nightmares. But some have blamed the Fox format for making an exhibition out of the suffering of restaurants. According to the Los Angeles Times, "The Fox edition emphasizes mishap, argument and emotional breakdown almost to the exclusion of cuisine."

It's possible that the different format of the show made audiences tune in to watch the drama and not want to visit the perpetrators. If Ramsay critiquing the place sticks in their heads, how willing would they be to visit the restaurant on faith that they actually are better now? It's, of course, doubtful that it wasn't Ramsay's intention and the show's intention to actually turn these businesses around, but in attempting to actually do so, it seems they've done more harm than good.

So, it's probably a good thing that his show is ending after all...at least, for the small businesses it didn't end up helping in the long run.

More like this
'Bachelor' Star Cassie Randolph’s Sister Is In The 'Yellowstone' Spinoff '1923'
By Grace Wehniainen
Andy Cohen Apologized To Larsa Pippen After A 'RHOM' Season 5 Reunion Dust-Up
By Brad Witter
'Bachelorette' Vet Clare Crawley Unveiled 2 Special Wedding Day Accessories
By Stephanie Topacio Long
This 'Bachelor' Contestant Got Back With Her Bachelor Nation Boyfriend After Going Home
By Grace Wehniainen
Get Even More From Bustle — Sign Up For The Newsletter
From hair trends to relationship advice, our daily newsletter has everything you need to sound like a person who’s on TikTok, even if you aren’t.