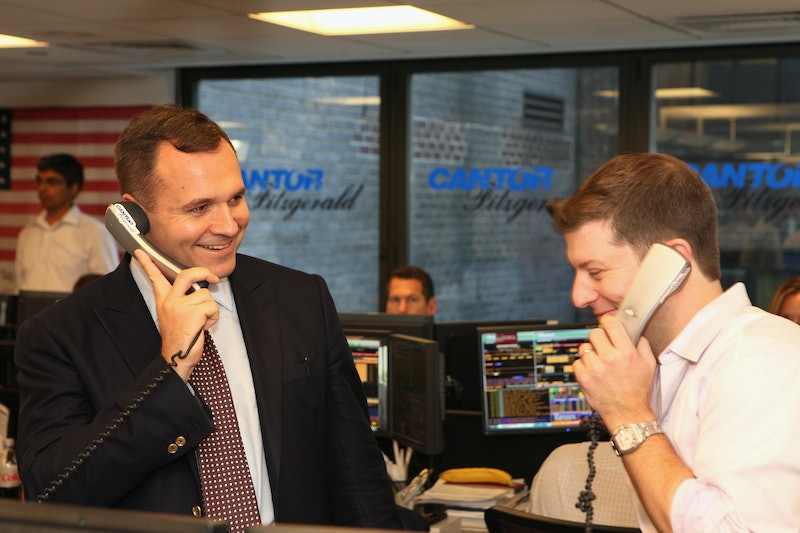 No, we are not still living in the Mad Men era. New York City news anchor Greg Kelly ogled a coworker's body on Saturday – live and on the air during Good Day New York, a morning news show he hosts for the local Fox affiliate. His co-anchor Rosanna Scotto had to call him off repeatedly, yet he kept making lewd comments throughout the segment. Even in the year 2014, it seems that no one is safe from catcalls and ogling, even on a television show watched live by thousands of viewers.

The borderline sexual harassment started when Kelly sighted reporter Anna Gilligan in a bikini, which she was wearing for a segment on Action Park, a theme park in New Jersey. She was wearing the bikini because she was demonstrating a new attraction at the recently reopened park: a zipline. Which swings over a pool of water. The point of the zipline is to drop off of it into the pool, at which point she was most certainly going to get wet, and no one wants to dampen their nice work clothes. That is to say, it made complete sense for her to wear a bikini during the segment.

If you weren't able to watch the segment because of reasons including your absolute horror and/or repugnance at its premise (which is sadly not uncommon), here's what you missed: Gilligan expresses apprehension at taking off her coverup, but being a professional reporter covering a story that requires a bathing suit, she does so. She then hands her things to a male intern who is also uneventfully wearing a swimsuit – because, and this cannot be emphasized enough, they are at a water park – and ziplines into the pool amidst comments from Kelly over in the studio: "Wow, here she goes. In a two-piece! ... Aw, look at her. It's like out of a movie!"

The comments continue even after Gilligan retrieves her earpiece to talk with the anchors. Kelly's first comment directly to Gilligan, who is trying to tell the viewing audience when the ride will open? "First of all, nice bathing suit." It only gets worse from there. As Scotto tries to call him off ("Greg, stay appropriate"), he continues to comment not on the segment, the ride, or even the weather, but on his coworker's choice of swimwear. The flustered Gilligan handles it admirably throughout the two-and-a-half minutes of discomfort, which end with Kelly essentially begging Gilligan not to put her clothes on just yet.

Kelly was accused of rape in 2012. The case was later dropped.

More like this
The 2023 Super Bowl Commercials Feature A 'Breaking Bad' Reunion & Missy Elliott
By Alyssa Lapid
11 Super Bowl Instagram Captions To Use On Game Day — Even If You Don’t Like Sports
By Alexis Morillo
Twitter Is Shook As Tom Brady Holds Back Tears Announcing His 2nd Retirement
By Marina Watts
All The Ways You Can Watch The Super Bowl In The UK
By Asyia Iftikhar and Darshita Goyal
Get Even More From Bustle — Sign Up For The Newsletter
From hair trends to relationship advice, our daily newsletter has everything you need to sound like a person who’s on TikTok, even if you aren’t.