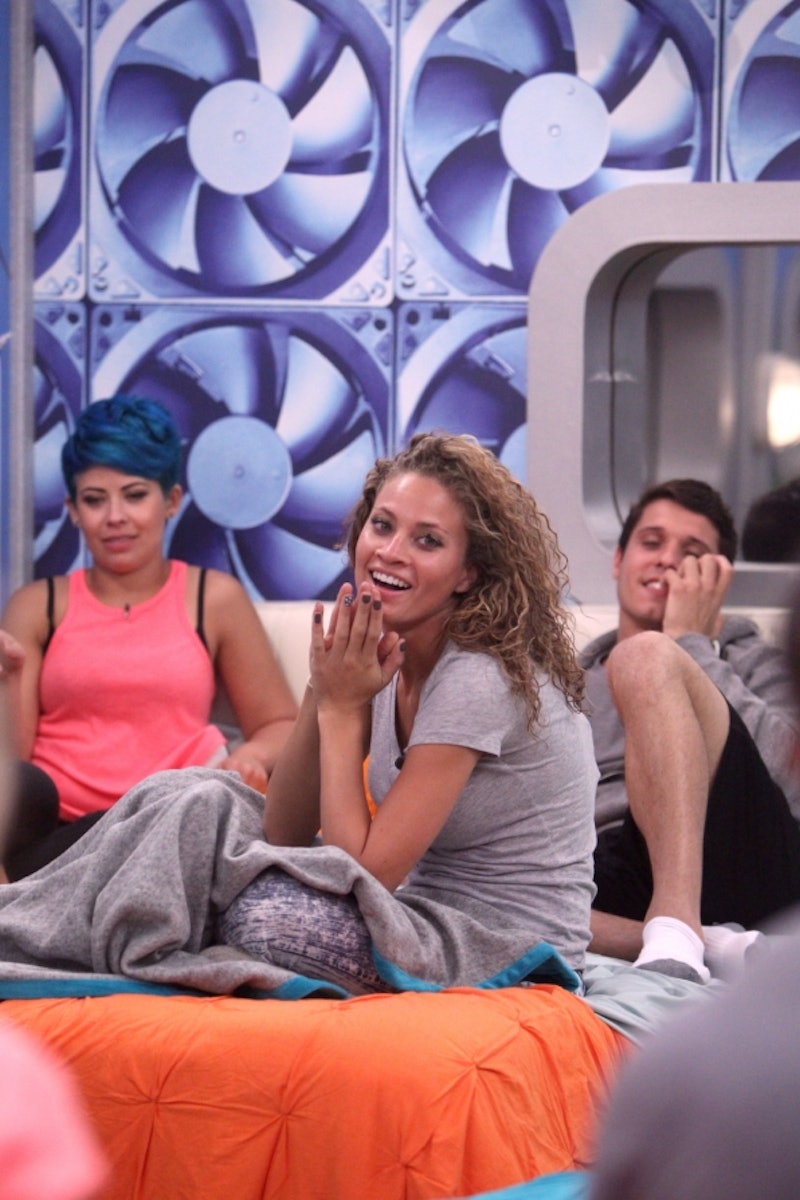 We need to talk about Sunday night's Big Brother . I know this reality competition hasn't been a hotbed of tolerance in the past, but the women of the world collectively groaned during Sunday night's episode.

It's still very early in the competition, so of course alliances are forming faster than you can say, "Who wants to see my HoH room?" During Sunday night's episode, this week's co-HoHs Caleb and Frankie partnered up and decided to expand their alliance to work with other men in the house. They formed a six-member alliance called "The Bomb Squad" with Devin, Derrick, Zach, and Cody.

Devin was pretty instrumental in forming the alliance, and he said women get "too emotional" in their gameplay, and "they play with their hearts." Ugh. And then Caleb said the ladies of the house aren't smart enough to pick up on an all-guy alliance. Double ugh.To make matters worse, CBS had to play into Caleb's ridiculous statement by immediately cutting to contestants Nicole and Brittany lounging in the sun and talking about nail polish in a clip taken out of context, as if to suggest that just because they were having a relaxing conversation about a beauty product and not the game for a second, the women must be too dumb to know what's really going on in the house. Thanks, CBS. Just because your Big Brother contestants are ignorant doesn't mean you need to be, too.

Caleb would later go on to say that the women could never form an alliance because they could never agree on anything. Bringing up the old stereotype that women can't work together, I see. I guess he's just too clever and preoccupied with working with "The Bomb Squad" to have noticed that the first four women to enter the house (Paola, Nicole, Amber, and Joey) formed the "El Cuatro" alliance on Day One?

So all of this talk from "The Bomb Squad" must mean that everything's going swimmingly with the alliance. Not so much. Later in the episode, Devin went a little rogue and enlisted Christine and Amber to join "The Bomb Squad" as its only female members. Needless to say, Devin's alliance was pretty peeved that he would go and do such a thing without consulting them beforehand. Christine and Amber were just confused as to why he would trust them anyway, as they should be. Even though Devin said they were full-fledged members of the team, I have a feeling Devin and the rest of "The Bomb Squad" will adopt a "bros before hoes" attitude if the situation calls for it.

Personally, I hope the quirky kindred spirits Christine and Nicole make it all the way to the finals with their newly formed bespectacled partnership. They're both Big Brother super fans, so they know the game, and they seem to be determined to win. Not to mention, they just look like funny, lovely, down-to-earth girls, which can be hard to come by in the Big Brother house. Let's hope all of this machismo doesn't get in their way.