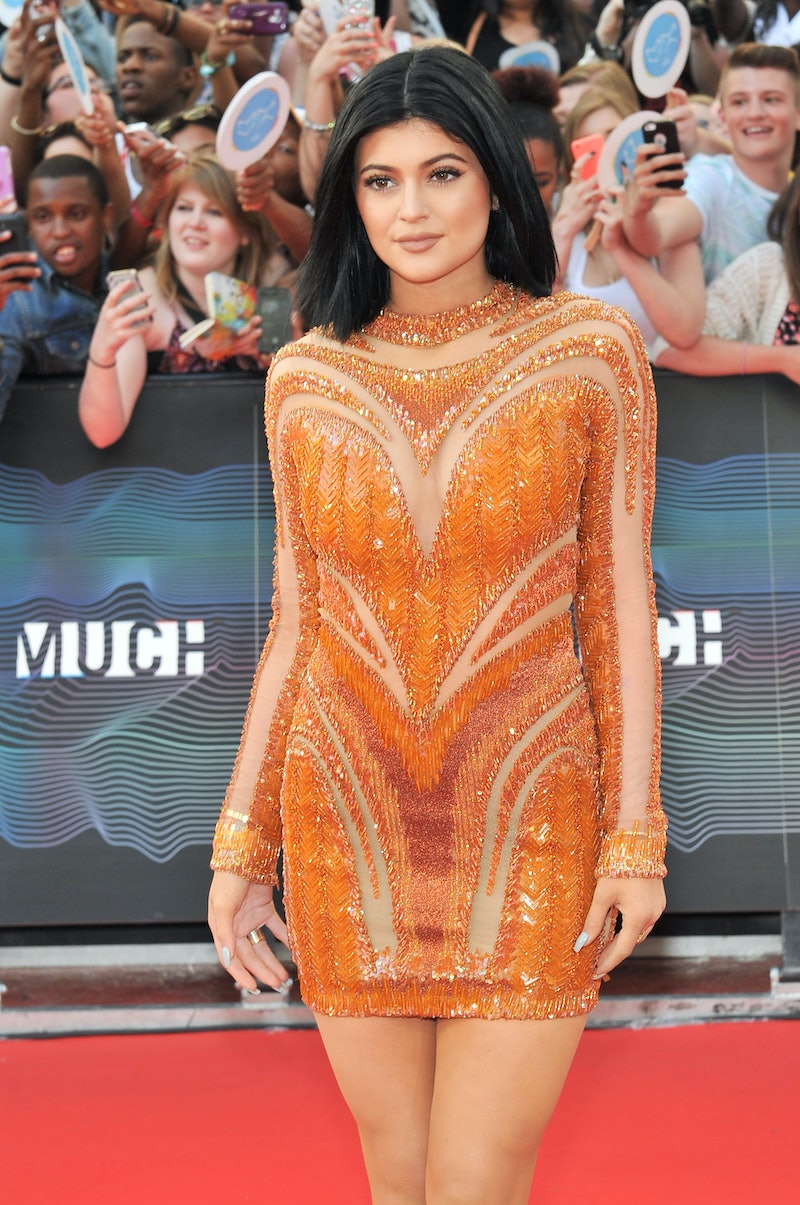 Kylie Jenner came under fire Sunday when she uploaded a photo of herself bikini, swiftly deleted it, and then uploaded a new and noticeably different version of the photo. In the first photo, skeptics commented on the fuzzy outlines around Jenner's legs, crying Photoshop and all other sorts of crimes against humanity. What many of them failed to notice is that the fuzziness was consistent around the entirety of the photo. The pictures also look the exact same. No warped walls or floors, no varied leg widths, nothing. Essentially, people are freaking out because the youngest Jenner had a blurry picture.

Kylie isn't the first Kardashian/Jenner sibling to be accused of photoshopping a personal photo. Kim was accused of altering a butt selfie last year that sent the internet into quite an outrage. Over an image on social media of her butt. Really.

But where do we draw the line? We (myself included) purchase magazines monthly that have completely unrealistic bodies on the front covers. Celebrities and models alike have expressed honesty and sometimes even dissatisfaction in the amount that they are altered for their final images. But when someone appears to have altered themselves in any personal photos, they're the villian. Why? We're dealing with a culture where celebrities are basically taught that they look best when altered. They live in a world where even their biggest fan probably hasn't seen them in an all-natural state. They don't love them for who they really are, because they don't know who that is! They love them for their heavily altered image.

Chances are, if you have an Instagram, you use filters that cover everything from retro-y black and white to highly saturated color blasts. So what's the difference between taking a selfie at an angle that hides your double chin and lasering a bit of your waist away in a photo? We, as a society, should probably chill on the Photoshop accusations unless we're going to quit expecting the world from celebrities. Kylie is 16, and although she runs with her family, an older crowd, let's not forget that this was still basically bullying harassing a teenager over her Instagram photos.

More like this
Kylie Jenner Shares A New Photo Of Her Son With Travis Scott For Father's Day
By Jake Viswanath
"Transparent Eyeliner" Is The Perfect Summer Look For Makeup Minimalists
By Olivia Rose Ferreiro
42 Black Owned Fashion & Beauty Brands To Support Today & Always
By Mekita Rivas, Shea Simmons, Kui Mwai and Dominique Norman
TikTok's “Clean Girl Aesthetic” Isn't As Inclusive As You Think
By Tomi Otekunrin
Get Even More From Bustle — Sign Up For The Newsletter