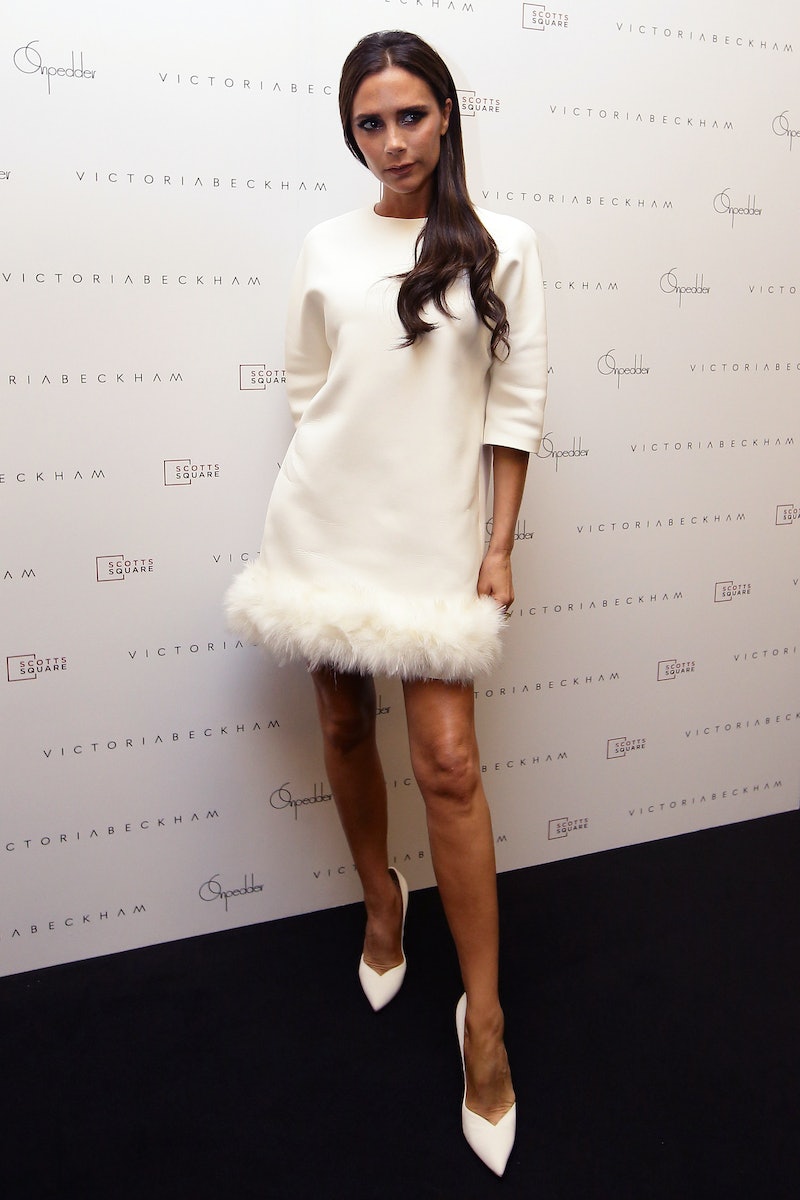 What do oversized wool sweaters, wellies, and a seriously large tweed hat have to do with Victoria Beckham? Well surprisingly a whole lot thanks to Vogue UK's August issue. Beckham is the first-ever star to get two covers for the same issue of the magazine, but that's not the most surprising part of the editorial shoot. I'm much more taken aback by the outfits she's wearing and things she's doing in the photos — like sitting in the garden. Call me naive, but garden sitting and dog walking just don't seem like they'd be top on the list of Beckham's daily activities. According to Fashionista, Editor Alexandra Schulman explained that the designer is meant to channel poet, author and gardener Vita Sackville-West throughout the shoot — which took place at a rectory in southeast England — and is "playing the lady of the manor with gusto."

Although she seems to be channeling the character nicely through her attire and serious facial expression, the photos still take me off guard a bit. I don't think I've ever seen Beckham so dressed down in her life and that includes when she was better known as Posh Spice. After all, heels and shift dresses are a part of her daily "just running out to the market" style. The issue hits newsstands July 17, so just enjoy these pretty-if-sort-of-weird photos in the meantime.