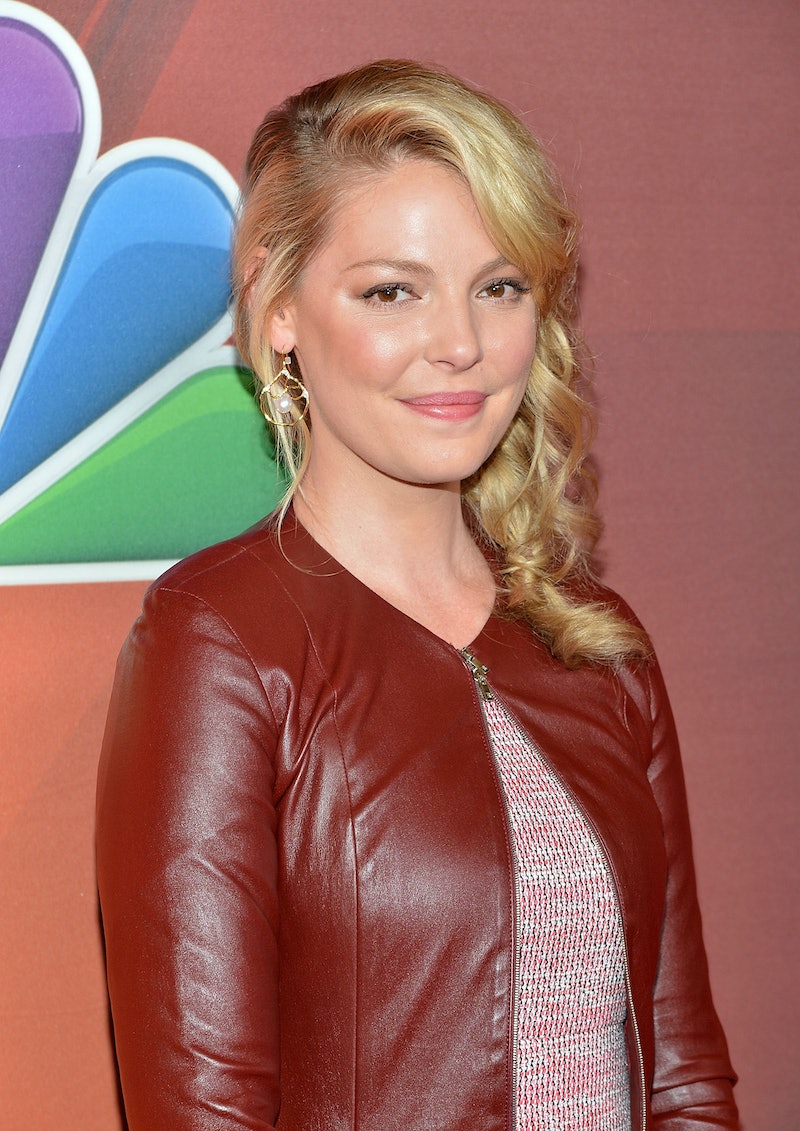 Katherine Heigl's career may have gone downhill these past few years, but her maturity level has risen. Heigl has long been the punchline of jokes about Hollywood divas, but in a new interview with Marie Claire, Heigl seems to have an all new, humble attitude. She's now admitted she's ready to blame herself for a lot of the struggles of her career.

I love romantic comedies. But maybe I hit it a little too hard. I couldn’t say no. I stopped challenging myself. It became a bit by rote and, as a creative person, that can wear you down. That was part of why I took that time off, to ask myself, "What do I want? What am I looking for?" and shut down all the noise.

This change of tune is pretty nice to hear, and it's a first for Heigl to place the blame on her own shoulders instead of extraneous factors. Heigl has been guilty of the latter on more than one occasion, like when she withdrew her name from Emmy contention in 2008. In that instance, she basically assigned blame to Grey's Anatomy creator Shonda Rhimes for not giving her a strong enough role. "I did not feel that I was given the material this season to warrant an Emmy nomination and in an effort to maintain the integrity of the academy organization, I withdrew my name from contention," Heigl stated as her reason for dropping out of the running.

Another instance is when she blamed Judd Apatow for painting "the women as shrews" in Knocked Up, saying it made it "hard for [her] to love the movie." (Although her feelings on the matter weren't strong enough to stop her from making the movie and benefiting from its success.)

In addition to blaming the writers and directors of her projects, Heigl has also blamed "the industry," as well. When her so-called diva behavior was once questioned, she replied that she and her momager Nancy Heigl act they way they do because of the way the film world is. "This is a fear-dominated industry and my mother refuses to be intimidated by that. This is all a game of chicken and my mother is really good at chicken," Katherine Heigl stated.

But now that Heigl is taking some responsibility, perhaps we really are seeing a new version of the actress. Her renaissance couldn't have come at a better time, either, since she's back on TV in the drama State of Affairs. And it sounds like she's ready for her return to the small screen, saying to Marie Claire, "I can’t wait to get into the writers' room and see how we do this. I feel like I’m finally rolling into the next phase of my adulthood.”

Izzie Stevens would be proud.