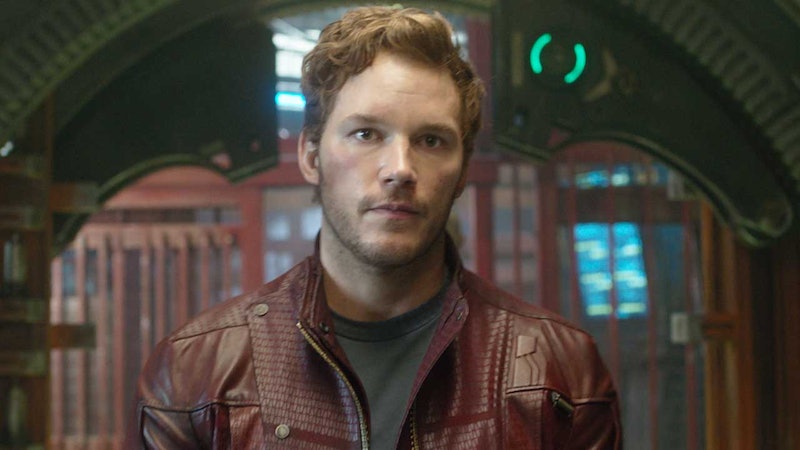 Is it possible to get too excited for a movie? Guardians of the Galaxy seems to be posing that question. The film, which won't even be released for another month, is already being praised for its excellent trailer, its kickass female roles, and for its soundtrack, the track listing for which was just released and guys, it is excellent. This is, of course, assuming you're a fan of David Bowie, Jackson 5, The Runaways, Marvin Gaye and Tammi Terrell, and The Raspberries.

Oh, and Rupert Holmes' "Escape (The Pina Colada Song)", because of course.

In a summer already over-saturated by mindless, tasteless, plot-heavy duds like Transformers: Age of Extinction— and yes, that film alone qualifies as over-saturation— Guardians of the Galaxy is poised to be a much-needed breath of fresh air. Its effortless cool depends not on its CGI monsters (although yeah, the CGI monsters look pretty cool, too) but on well-developed characters, a genius cast, hilarious jokes, and now, of course, the blissfully trendy-band devoid soundtrack, which I'm obviously going to be listening to all summer.

Here is the full track listing, for those of you who are curious to know what your classic summer jams will be:

Here are the only conceivable ways I could be more excited for Guardians of the Galaxy:

1. They give away a free puppy with the purchase of every movie ticket.

2. It's announced that Tina Fey and Amy Poehler will make surprise cameos.

3. Every screening of the movie is free. Yes, that includes 3D and IMAX screenings.

4. Everyone in the cast shows up to every screening to hang out with you and your friends.

Otherwise, I think I'm about as excited a person can get!