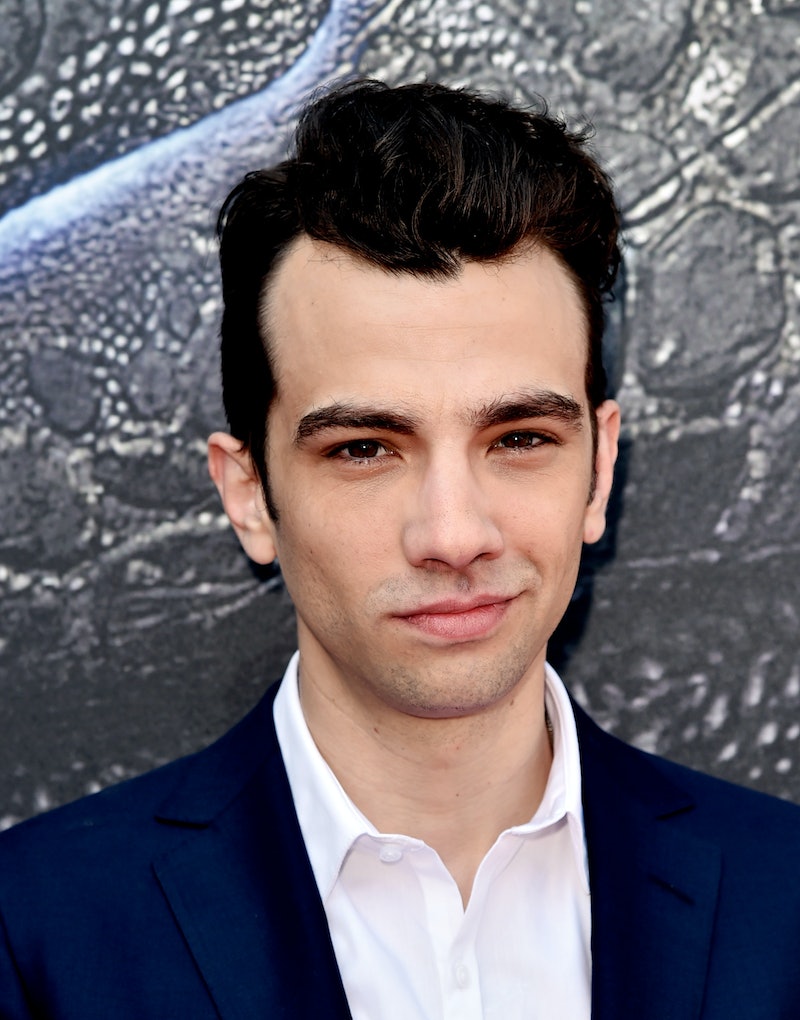 Prepare yourselves to enter the hellish battlefield that is dating. Deadline reports that FXX has picked up 10 episodes of the half-hour comedy series Man Seeking Woman , starring Jay Baruchel (of the Rogen-Apatow gang). Consider it How I Met Your Mother, but without the mother (we think), without Bob Saget (we know), and without that godawful ending (oh God, we hope). The series comes to us from Lorne Michael's Broadway Video, and it will be penned by former SNL scribe and current Pixar writer Simon Rich, who wrote the book The Last Girlfriend on Earth, which serves as the basis for the series.

The show will star Baruchel as single Jewish dude Josh Berger, who has only recently entered bachelorhood. The series commences as his girlfriend dumps him, sending him on the prototypical dating sitcom trajectory as he tries to find the perfect woman (like there is one — ugh). But we all know how that awkward tap dance goes — dating ain't easy! Deadline went so far as to describe Josh's predicament as such:

When his longtime girlfriend dumps him, Josh enters the dating scene, a nightmarish hellscape of untold horror. Despite the agony, Josh continues his search in the hopes of finding someone who will make all the misery worth it.

Yes, dating definitely sucks, but is it really a hellish nightmare? I mean, yeah, once I went out with a guy who brought his friends on a date and once someone told me I looked like Anne Frank, but I don't know if I'd equate it with hellish nightmare. But hey, for all we know, some of Josh's prospective dates may be sociopathic knife-wielding felons.

Which is where the problem could potentially lie in the series. Dating tropes are funny — we all get them and can identify, so therefore we laugh at them — but it's easy to run into gender stereotypes when talking about the dating scene. More often than not, we hear dating stories from women's prospectives, but if we're hearing it from a guy's perspective and we know that it's going to be a "nightmarish hellscape" out yonder in the land of single, does that mean we're only going to see nightmarish and hellish caricatures of women? And by that, I mean, what we know as normal behavior from women, but depicted as bat shit crazy. ("She keeps calling me!" "SHE WORE A DRESS to the date! She's so fancy and high maintenance." "She had a sexual fetish. The audacity.")

But on the other hand, the show could very easily defy expectations and be a legitimately laugh-out-loud funny. To be fair, the show has a powerful team behind it. And of course, we've got the very funny Baruchel, who is often the sidekick to bigger names like Seth Rogen, but who now will get a chance to be the leading man. Jonathan Krisel will direct, and Eric Andre, Britt Lower, and Maya Erskine round out the cast, making a very solid team.

For all we know, this could be the dating sitcom we needed to fill the void in our hearts since How I Met Your Mother vacated it. Because let's face it — dating can be funny as hell sometimes.