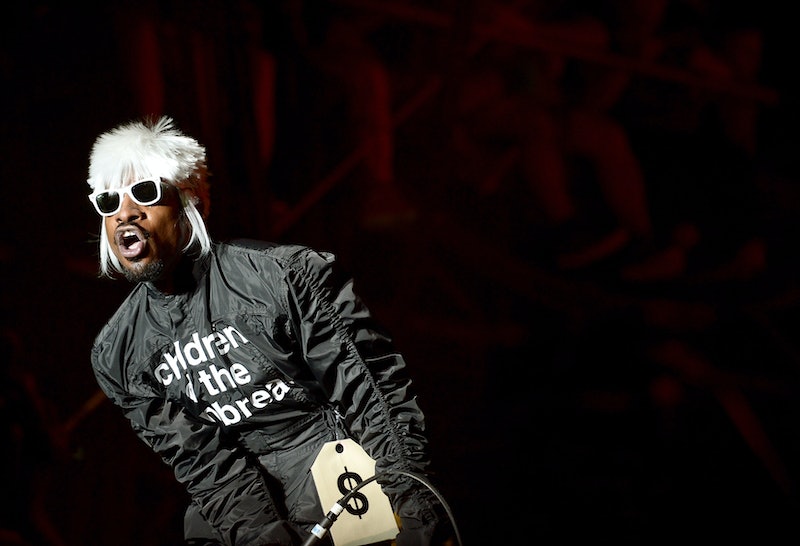 Finally, an official trailer has been released for the Jimi Hendrix biopic Jimi: All Is By My Side starring Andre 3000. The movie is set to open on September 26, which means it's already well ahead of a competing Jimi Hendrix biopic starring Anthony Mackie. But will this version be any good? Well, here's what can be gleaned from the trailer...

The trailer is too short to determine if Andre 3000 can act worth a damn or not, but nonetheless, he sounds like a completely different person. After reportedly watching hours of interviews with Hendrix, Andre 3000 has seemingly slipped right into the role.

The Music is All Original

Where's "Purple Haze"? What about "Fire"? You won't find any of these songs in the trailer, because the movie wasn't able to obtain the rights to Jimi Hendrix's songs. Instead, you'll find original songs composed for the movie in the style of Jimi Hendrix. So basically, it's more or less a karaoke version of Jimi Hendrix songs.

The trailer inevitably has a real psychedelic '60s flair of love and peace. That's because it doesn't cover the entire life of Jimi Hendrix; only his formative early days between 1966 and 1967 before he became known as the guitar god that he is today.

He Was Inspired by Two Women

Two unnamed women are seen frequently in the trailer: one with red hair, and one with dark hair. The redhead is Kathy Etchingham, who was Hendrix's significant other during his formative years and inspired songs like "The Wind Cries Mary," "Foxy Lady," and "1983...(A Merman Should I Turn to Be)." The other woman is Linda Keith, who was Keith Richards' significant other at the time and helped Hendrix get his career started by giving him his first guitar and introducing him to the Animals' guitarist-turned-manager, Chas Chandler.

More like this
This James Bond Event At Abbey Road Studios Was A 007 Fan's Dream
By Samantha Rollins
The 'Love, Lizzo' Harry Styles Scene Is Just 1 Moment That Made Fans Feel Seen
By Brad Witter
Idris Elba "Breaks Out" Of London In 'Luther' Film First Look
By Sam Ramsden
'Avatar 2' Now Has A Teaser Trailer & Release Date
By Jack Irvin and Alyssa Lapid
Get Even More From Bustle — Sign Up For The Newsletter