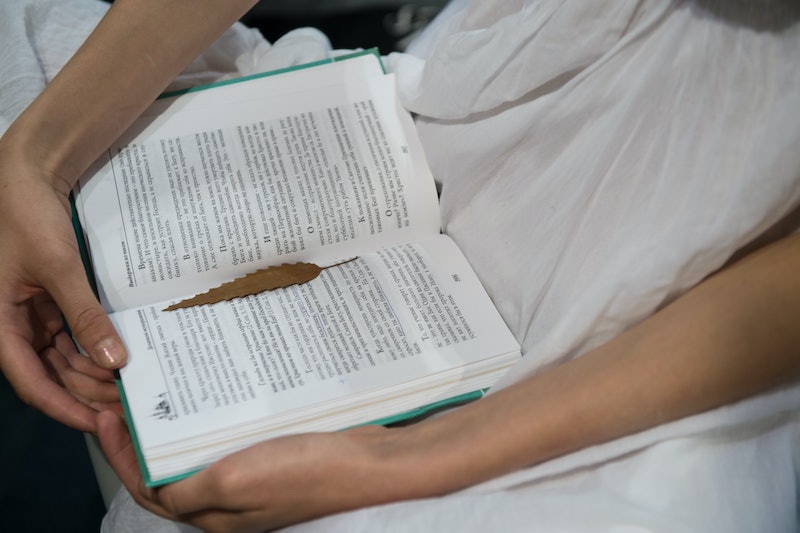 Jane Austen's novels have been enjoying a pop-culture revival (to say the least. Jane Austen tattoos, anyone?). It's not uncommon to walk into a bookstore and find a table devoted entirely to Austen's books and other titles she inspired. PBS has adapted all of her novels to film, plus made a biopic, Miss Austen Regrets, and we're all well-aware of Austen's influence in other places, aka Clueless, Bridget Jones's Diary, Pride and Prejudice and Zombies — you get the gist. She's one of the best-known and best-loved 19th-century novelists.

If you're a Jane Austen fan (or Janeite, as they're often called), you've felt the mixture of joy and sadness that comes while reading her books — delight that things are turning out as they should for the main character and letdown that the book will be over soon. It's also disappointing to find that because of her short life, Austen was only able to complete six novels.

Though Austen is more well-known than her predecessors, she's not the only woman writer of her era worth reading. Before Austen began her writing career, her role models were writing about young women and the social pressures they faced in 18th- and 19th-century England. Other badass British women wrote about romance, family drama, money woes, and social expectations — and you can see these themes reflected in Austen's books, as well. Her notes and letters reveal that she loved these books — and if you're a Janeite looking for some new reads, you'll probably love them, too.

1. The Female Quixote by Charlotte Lennox

Read if you loved: EMMA

Austen saw that Lennox's question — what happens when we let books go to our heads? — is timeless. It's still relevant now in the age of happily-ever-after romcoms and romance novels. Lennox was one of the earliest female novelists, and The Female Quixote was a huge hit. Austen modeled Northanger Abbey after this novel, which is itself a parody of Don Quixote.

The Female Quixote is the comedic tale of what goes wrong when a young woman lets the books she's read shape her expectations of real life. Arabella grows up with her father in a remote castle with books, specifically French romance novels, as her main form of entertainment. After her father's death, she goes out into the world expecting her new life to hold as much drama and adventure as the lives of her favorite heroines.

2. Evelina: Or the History of a Young Lady's Entrance into the World by Frances Burney

Read if you loved: PRIDE AND PREJUDICE

Burney published Evelina, a novel in letters (also called an epistolary novel), in 1778, 34 years before Austen published her first novel. One of Austen's early unpublished works, Lady Susan, was also an epistolary novel. Although that work never saw the light of day, Austen did follow through with Burney's themes of the challenges of being a young woman who had to find a husband while walking a tightrope of rules and expectations.

When she turns 17, Evelina Anville's estranged grandmother appears on the scene, ready to introduce her granddaughter to polite society. After being raised in rural isolation, Evelina repeatedly finds herself in dangerous and humiliating situations, all while trying to figure out which of her suitors, Sir Clement Willoughby or Lord Orville, is truly interested in (and worthy of) her affections. The boorish relatives she's meeting and traveling with for the first time don't make things any easier for Evelina to make a triumphant entry into society. Did I mention it's funny? It’s funny.

3. A Simple Story by Elizabeth Inchbald

Read if you loved: MANSFIELD PARK

If you read Mansfield Park, you've already had your first exposure to Inchbald. Her play Lovers' Vows was featured in the first volume of the novel. Inchbald was a well-known actress and playwright. She's no longer a household name, but her subtle characterization and emotional depth inspired Austen to go beyond the comedic.

Do you love a good tear-jerker? You'll want to stock up on tissues before reading A Simple Story. The novel begins with the story of a young woman, Miss Millner, who falls in love with her guardian, a Catholic priest. The second volume details their daughter Matilda's isolation from her father following the acrimonious end of her parents' marriage. This book is less adventurous and more interior, but Inchbald's intelligently drawn characters make it hard to turn away from.