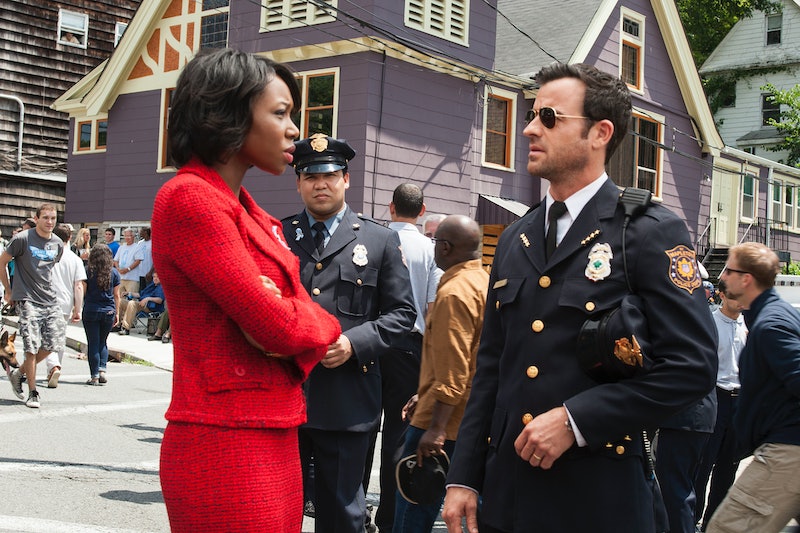 It's only a few episodes in, but The Leftovers , HBO's new drama, is already one of the most talked about summer shows so far. Between the compelling, original plot — tons of people get Raptured, everyone left has no idea what to do — and the show's Lost-like bleak tone, even the most hesitant viewers have found themselves eagerly tuning in on Sunday nights. Much of the enthusiasm for The Leftovers is due to the show itself, of course, but some of it, at least for a few of its more literary viewers, is because of the reason the series exists in the first place: Tom Perrotta.

Perrotta, for those unfamiliar, is a writer with six novels and two short story collections under his belt, including 2011's bestselling The Leftovers. HBO acquired the rights to his book before it was even published, and, along with Damon Lindelof, Perrotta serves as the show's co-creator and co-executive producer.

As fans of his books know, he's a hugely talented writer, and his involvement with the series' production and writing is a major reason that, two weeks in, it's already this addicting. Besides, The Leftovers isn't Perotta's first go-around with making his books come to life; all six of his novels and one of his story collections have been optioned, with several of the resulting projects taking on lives of their own. So how does The Leftovers rank with the author's past adapted works? All of Perrotta's past, current, and soon-to-be adaptations, from worst to best, below:

Based on: Lucky Winners (unpublished)

Perrotta's involvement: Wrote the pilot screenplay for the WB.

Which one's better? According to Perrotta, the TV show, but judging from the difficulty they had getting made, it's doubtful either work was particularly great.

Perrotta's involvement: Wrote the pilot screenplay for the WB, along with Rob Greenberg.

Changes: Got rid of curses, but otherwise, the writers tried to keep the R-rated, darkly comic tone of the book the same. Unfortunately, the network didn't bite.

Which one's better? The collection's great, but we imagine that if the show had ever aired, it could've been the perfect post-Freaks and Geeks show for nostalgic TV viewers.

Perrotta's involvement: Watched as Fox, Showtime, New Line, and even Matt Damon and Ben Affleck all tried and failed to make the movie happen. Also wrote a draft of a screenplay.

Which one's better? Most likely, the book. Still, a show that might not have worked back in the early '00s — a kind, likable character proposes to his girlfriend and then has an affair — sounds ideal for the TV audience of the Mad Men era.

Perrotta's involvement: Co-wrote the script with Little Miss Sunshine's Jonathan Dayton and Valerie Faris, and then with The Kids Are All Right's Lisa Cholodenko.

Changes: Unknown, but according to Perrotta, probably not much — which might've been the problem.

Which one's better? The book is very good, but with any of those writer/directors on board, the movie could be even better. The last news of the adaptation came back in 2012, but we're holding out hope that the success of The Leftovers will force any other Perrotta adaptation waiting in development hell to the front of the line.

Changes: Kevin Garvey (Justin Theroux) is now the chief of police, not the mayor, and, already, there are more allusions to the supernatural than the book ever covered.

Which one's better? So far, the book, but it's so early in the season that the show could easily change that over the next few episodes. We wouldn't be surprised if, eventually, The Leftovers gets so good that it overshadows the book completely.

Which one's better? The movie, by far. Election the book is good, but the movie, thanks to Witherspoon's performance and the dark, dry humor, blows is out of the water.

Which one's better? Both are fantastic, but the movie is the best. Those three Oscar nominations were richly deserved, and Little Children is Perrotta's most well-received adaptation yet.