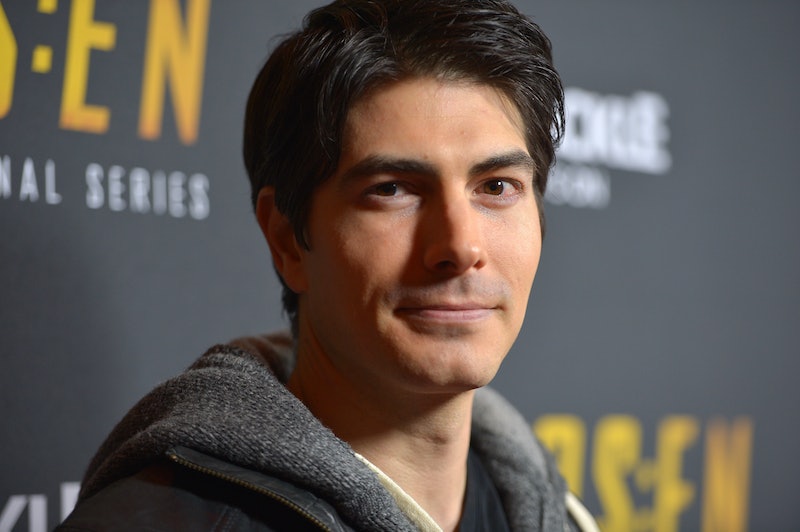 This CW series is getting a new superhero. According to Deadline, Brandon Routh is heading to Arrow . The actor will portray Ray Palmer, a scientist and inventor with ties to Queen Consolidated — possibly taking the place of deceased CEO Slade Wilson. According to Deadline, Routh's character is more than he appears to be. Like most of the characters within the DC universe, Ray Palmer has a superhero alias. Palmer's alias is "The Atom," a superhero who first appeared in 1961 and was the second "Atom" to appear in comic history. Routh's new role on the hit CW series may mean that he'll play a dual role, just like that of Oliver Queen, a.k.a. Arrow.

Routh also made a name for himself on the TV landscape. He had a 12-episode arc on the NBC's Chuck, and later reunited with Table for Three co-star Sophia Bush on CBS's short-lived sitcom Partners. He's also guest starred on shows like The Exes and The Millers.

As for his role on Arrow, there's no word yet as to whether the show will embrace Palmer's alter ego, The Atom — but given the upcoming Arrow spin-off, The Flash, which began with a Barry Allen making a cameo in Starling City (played by Grant Gustin!), it's highly unlikely that Palmer is going to stay just Palmer for very long. The new role on Arrow could be a great way for Routh to prove that he actually can take on a successful superhero role. We know that the CW is loving their superhero shows lately, and if Routh plays the part well, there's a chance that he might get one of his very own.

Good luck, Routh — let's hope that The Atom is the superhero that sticks.