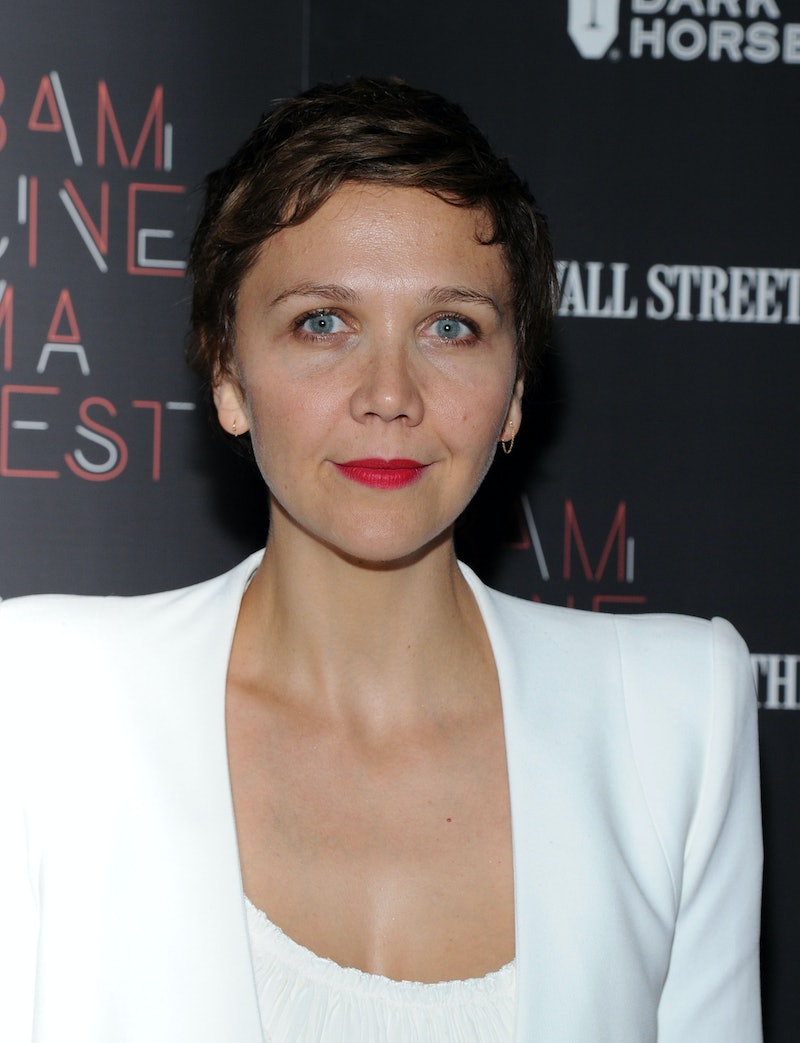 Not everyone can pull off a successful English accent like Maggie Gyllenhaal does in the trailer for The Honourable Woman , so she definitely deserves serious props for doing an A-plus job… or at least, a scone or two from the Queen. According to Indiewire, the BBC Worldwide and Sundance Channel miniseries — a BBC Two production in the U.K. — follows Nessa Stein, "the daughter of a Zionist arms procurer who witnessed his assassination as a child" and who later takes over his company changing "its focus from weapons to high-speed data cables between Israel and the West Bank." When Nessa is appointed to the House of Lords, international trouble ensues. Basically, if you're a fan of The Killing, Top of the Lake, Broadchurch, The Fall, or any other crime-centered show that has a kickass female lead with an accent in it, then you'll probably be into The Honourable Woman.

From the title alone — that's "honourable" with an "ou" — we can tell that the show is going to be as classically British as possible, so it's safe to assume that the producers and casting directors made sure that their leading lady could take on an English accent without royally messing it up. And although other shows, such as Top of the Lake and The Fall, have had good luck with American actresses taking on non-American accents, the same can't be said about a handful of other movies and TV shows.

Unfortunately, not everyone can be as inclined to the ways of the Brits as Gyllenhaal.

Check out some of the actors who just can't figure out the accent from the other side of pond:

Anne Hathaway in One Day.

Oh god. Just… no. The actress pretty much completely failed at donning a British accent in the romantic drama. Although sometimes you could hear glimmers of hope in her speech, she kept on dipping in and out of it, so it really doesn't count as a job well done. You can't be good at everything, Anne! (Jump to 00:45 to really get a taste for it.)

HAHAHA. I don't even know what this accent is. All I can hear is her O.C. twang.

If you listen really closely, you can kind of hear Cheadle say the word "chance" with an accent. Kind of.

Natalie Portman in V for Vendetta.

I hate to ever say anything bad about Portman since she's absolutely amazing, but you can't help but notice that her accent is a little soft and weird.

Forest Whitaker in The Crying Game.

At least Whitaker sounds like he's trying. (But it's still pretty tough to listen to.)

Poor, poor Keanu. Why are you whispering? Also, Ryder is right behind Reeves in the "questionable accent" category.

So, I guess I didn't really realize that Dyke doesn't have the best English accent ever. And to think that I used to think it was amazing when I was six years old.

Even though it was supposed to be terrible on purpose, it still wins. Oh, buggar.