At one point during Monday night's Ladies of London, the Caprice Bourret/Caroline Stanbury baby shower conflict seed is unintentionally watered and fertilized by Noelle Reno and Marissa Hemer. If this was any other episode, I'd zero in on the baby shower conflict. No question. But Monday night's ep is not just any ep. It's the horse accident ep. Forgive me, it's The Horse Accident Ep. Thanks to the season promo, we all knew Annabelle Neilson would fall off of a horse eventually. And at the end of Monday night’s ep, it happens. And it’s brutal. Well, we don't see it, but we hear about it. And that's plenty brutal for this weak stomach'd viewer.

During the fated horse race rehearsal (practice? Drill? Ack, I don't know what you call it), we watch Annabelle gallop around on her assigned steed with the assistance of a coach. After the coach lets go of the reigns, Annabelle and the horse take off. In a voiceover, Annabelle talks about riding the horse and— okay, I’m going to stop myself right here. I have no idea what Annabelle says in the voiceover. Because I can’t pay attention to anything that's happening. As a matter of fact, I could barely pay attention to anything that happened throughout the entire ep. Because I was on fucking edge.

A scene (or seven?) before the accident, Marissa and Annabelle discuss the race. Marissa can’t talk about anything other than the fear of falling off of the horse. Annabelle shrugs it off, but Marissa and I are kindred spirits. Marissa and I couldn't help but be on fucking edge.

Horses are amazing, but I'd be lying if I said the thought of riding a horse at any speed over 5 mph didn't chill every last bone in my body. This is not a "told you so" thing. I'm the type of person who's scared I'm brushing my teeth and gums too hard. I'm scared of just about everything. I realize that. 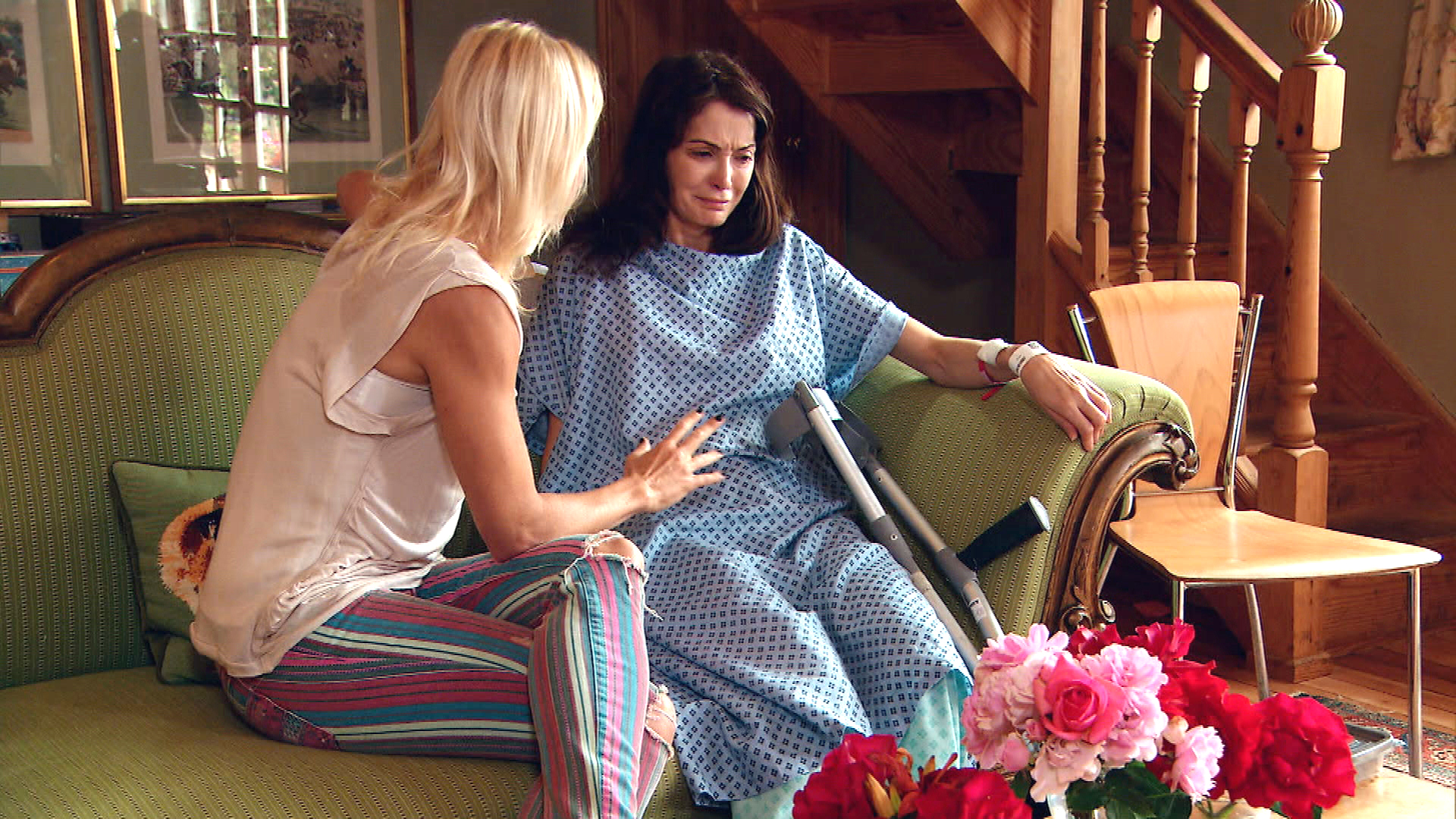 Annabelle tells Julie Montagu she fell off the horse when when they were trucking along at a cool 45 mph. Jeez. She says four ambulances and a helicopter showed up at the scene of the accident. Her pelvis is broken. She can't walk, sit up, or use the restroom, er, loo.

Will Annabelle ride again? It looks like the accident didn't turn her off: She told The Daily Mail back in Aug. 2013 that she is "determined to take part in next year's race." Broken pelvis be damned.

And with that, I have to go brush my teeth and check my gumline.