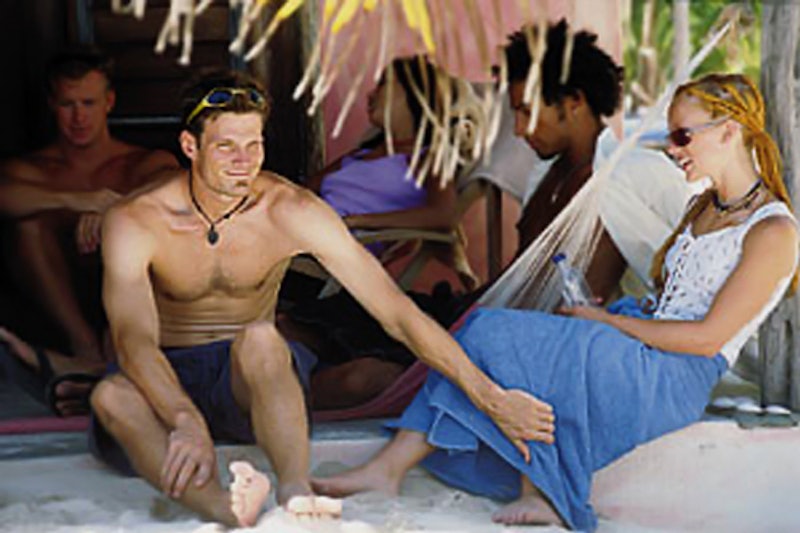 Do you remember the horrific pleasure of a television show, Temptation Island? You know, the one that mocked the institution of marriage by luring happy couples with the ultimate temptation — other people? It made everyone's skin crawl, but not enough to turn off the television. That icky feeling is coming back, as Deadline reports that Temptation Island will be returning, albeit in Italy. The show will air now on the Italian free-to-air broadcaster, Canale 5, so people across the Atlantic can indulge in temptation once again.

The show, which was originally created by Chris Cowan and Jean-Michel Michenaud and aired on Fox in 2001, was super successful. It received incarnations across the globe because people are sadistic and love relishing in others' relationships as they fall apart — apparently, the decline of humanity is just simply entertaining. Deadline suggests that the show may be having a resurgence since people are interested in social experiments, and while that very well may be true, it's hard to deny that the "social experiment" camp doesn't lie too far away from the "misanthropy" camp.

So, if we're going to bring back a bizarre, terrible show, perhaps we should add to its terribleness. Here are some suggestions to up the ante for Temptation Island's Italian revamp.

Everyone Must Have 5 Cocktails Before Noon

Not the tame stuff. "Tipsy Temptation" seems worth watching, does it not?

There is no moral framework quite like the one that's depicted on Keeping Up With The Kardashians , is there?

Snapchat Is A Requirement

Duh. Snapchat is the secret progeny of shows like Temptation Island, as a Snapchat says, "Here! Look at this moment that you're not a part of, but I want you to forget about it INSTANTLY because it might hurt too much. Also this picture might be a dick pic."

Whoever "Wins" Gets To Be The Next Bachelor

Because if we're eating up fame as though we are voracious beasts, let's really eat it up.

There Are Mandatory Couples Therapy Sessions

Those sessions would close out every episode, leaving viewers shaking their heads for watching the show in the first place.

Of course, none of these suggestions would actually make for great television, but the show is disconcerting as it is — why not make it even more so?