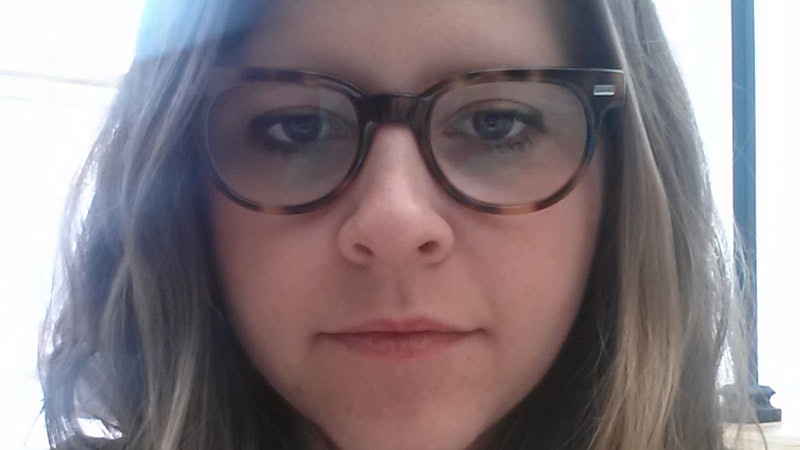 No, this isn’t some sort of bullshit "man fast" I'm imposing upon myself because men are such dogs and I just won’t do it to myself anymore. And no, this isn't because I was blinded by dick pics. I deleted Tinder for a very simple reason: One morning last week, I woke up in my bed alone — you know, because I’m so single — and read Kat Stoeffel’s piece on The Cut in which she asks the question “Can we stop saying Tinder Is Good For Women Now?”

When Mateen's alleged offensive actions and words came out, the dots started to connect for me. Of course this app wasn’t going to change the way women in casual encounters are perceived — hell, I couldn’t stop some of my female friends from mildly slut-shaming me if ever I admitted to heading off to a Tinder date.

I'd heard about the allegations, but until I read Stoeffel's commentary, I thought they had nothing to do with me and my Tinder-conscious. I was wrong. It was her sharp conclusion that really got me:

So Tinder was founded by a guy who both thinks women devalue his company and sex devalues women. He built a space where these women can act like men and he can disrespect them for it. As far as hookups go, I think women can do better.

Stoeffel gets to the heart of the matter so quickly: We can do better. It was suddenly clear to me that I couldn't stand to have that red flame on the screen of my smartphone for one second longer. Without skipping a beat (or even throwing off the covers) I deleted the tarnished app. And just like that, before I had even gotten out of bed, Tinder was out of my life. I felt even less regret than the moment at which I ended my short, shameful addiction to Candy Crush. It felt good, even if I'd once praised Tinder as "literally, the best dating app ever."

And at first, the app did seem glorious. Sometime in the dead of winter, Tinder came into my life, wandering in like that guy with the awesome mustache from that one bar I can’t remember the name of right now. Tinder was the one place where the idea that it’s somehow wrong for a woman to meander the sexual landscape casually was burned with tiny cartoon flame symbols.

With the above user pic, I seemed to solve every issue: The stigma of casual hookups and extremely casual dating was removed, as was the tediousness of actually going out to meet people. It was all conveniently in this easy-as-pie game.

I chose the men who spoke to me. I chose casual interactions, without having to give anyone the ridiculous and false satisfaction that they’d “worn me down” because we were both here for the same reasons, dammit. And even when I wasn't meeting anyone from the app, I could simply choose to enjoy the nonstop stream of admittedly superficial ego-boosts. It was perfect.

Except for one thing that, for the longest time, I couldn’t put my finger on. Throughout the various permutations of my Tinder dates, there was a faction of men who were slightly off-putting and always made me remember that, no, I hadn't escaped the bullshit gender politics of New York City's glorious sexual landscape. I still felt the stigma of "having sex like a man” (a phrase that is a whole other can of worms in and of itself) while these guys still seemed to view themselves as my casual conquerers.

Of course, I was being casual. I wasn’t analyzing everything little thing. I was having a good time and then getting back to my own life, exactly as I’d intended.

When Mateen's alleged offensive actions and words came out, the dots started to connect for me. Of course this app wasn’t going to change the way women in casual encounters are perceived — hell, I couldn’t stop some of my female friends from mildly slut-shaming me if ever I admitted to heading off to a Tinder date.

In those moments before I clicked the uninstall button, I reflected on those dates, and how I’d gotten to them. I hadn’t really been in control. I’d still played the coquette, still teased and tempted. I was still performing my traditional gender role, and while I’d gotten my fun out of it, that fun wasn’t inherently derived from the supposed freedom of Tinder. The freedom came from channeling the fierce attitude I've acquired simply by living and breathing and dating in New York over the past five years. With Tinder, I’d just been able to channel that feeling more easily, while my friends were running late to dinner. That's what had been so addictive.

But if all Tinder really provides is convenient access to the lifestyle choice I’ve already made peace with, and if it was conceived by someone who actually condemns that lifestyle choice, then there’s absolutely no reason for me to keep contributing to its user base and sending its stock upward.

If I ever have the urge to allow that red flame icon to grace my app screen again, I’ll just use Tinder’s own lingo as my antidote and mantra: Just say "no." Swipe left. Because I can do better.