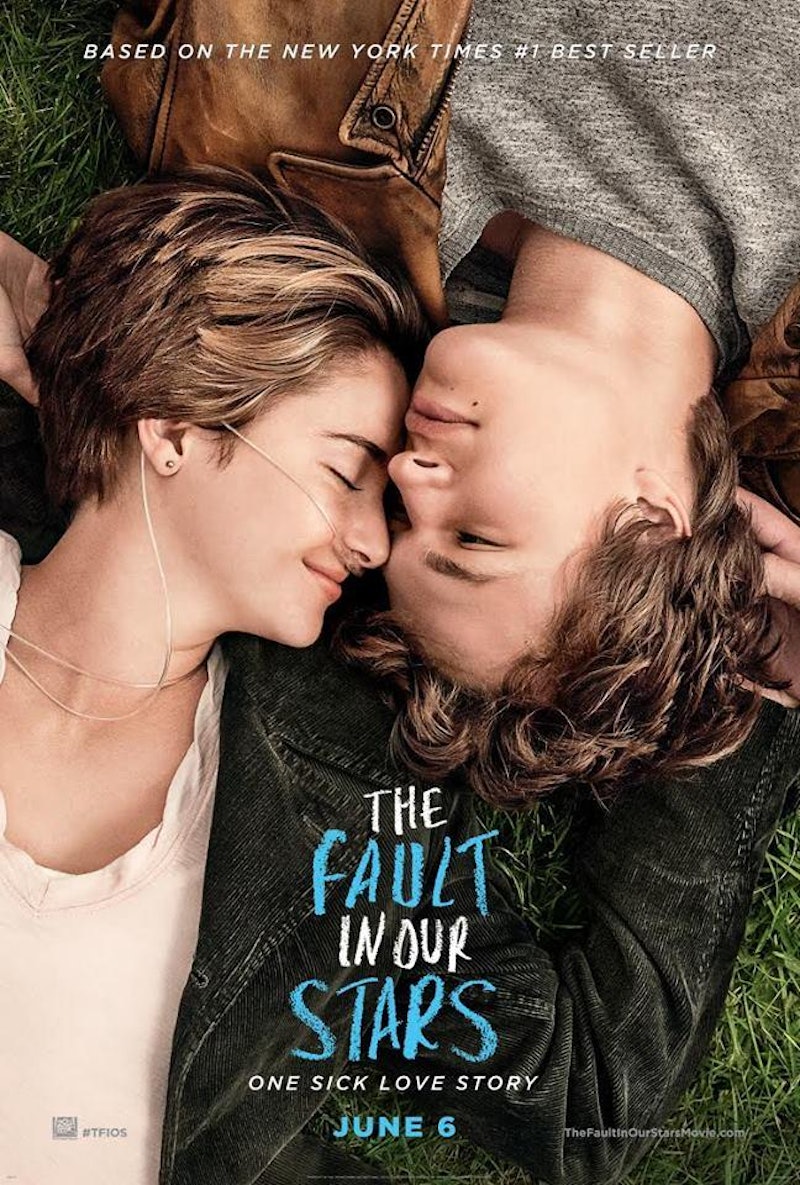 Have you seen The Fault in Our Stars yet? Of course you have, it's one of the most profitable films of the year. Besides, you have a heart and enjoy watching young, hopeful, beautiful people find love, right? So yeah, you've seen it. The real question is: How many times?

Last night, a friend asked me to go with her to see TFIOS for what would be my second time. Smart move on her part, because that's not a movie you want to see alone. We bought a stack of tissues, a bag of M&Ms, water bottles to replenish all lost tears, and two tickets to the saddest (and best!) movie of the year so far.

Of course, I had already been through the tearjerker once before, so I knew what was coming. Although my friend had read the book, nothing can really prepare you for what it's like to watch Hazel and Augustus fall hopelessly in love, despite the clock ticking their too-short lives away.

Because I was prepared for every heart-ending beat of the film, I was able to notice smaller details about the film that I had missed before (especially since the first time I could barely even see it through the wall of tears).

Here are seven things I noticed upon my second viewing of The Fault in Our Stars (WARNING: SPOILERS AHEAD!) And yes, I know some of these are nitpicky, but that's half the fun, right?

"Hare" is not a real brand, which is cool, because it means that thankfully, no cigarette companies are getting advertising dollars off a movie about kids with cancer.

Hazel Grace and Augustus may have found true love, but teenage romance rarely lasts. BFF-ship, however, is forever, and Isaac is about to lose his all-time bestie.

In some scenes he appears to be limping, in others, he's walking just fine. I don't know much about the physics of having a mechanical leg, but it seems like it should at least be somewhat consistent.

He's got a colored contact in (you can see it in the scene where he's crying over the breakup and playing video games), but not in the eye he says is made of glass. Which seems like a weird decision on the part of the makeup people to me.

But who can blame her? She got a role in The Fault in Our Stars!!!