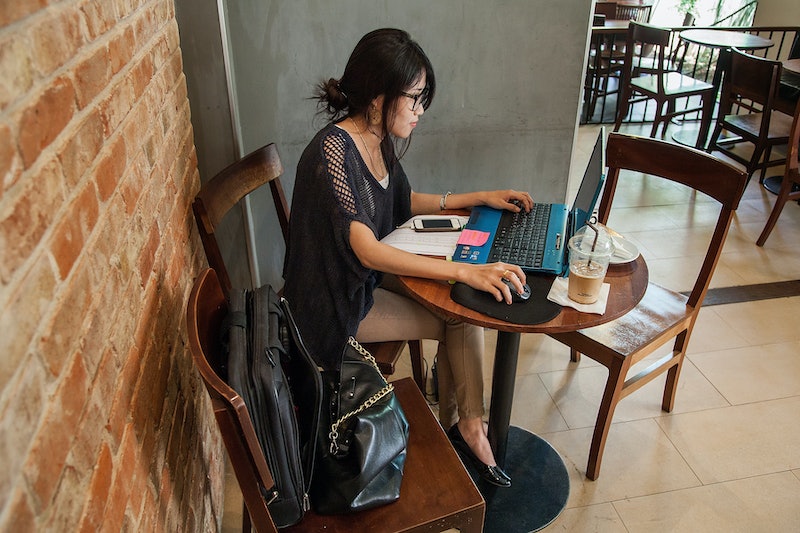 While women make up 57 percent of the workforce, they make up only 25 percent of the computing field, according to the Atlantic. 2011's census states that only six percent of the U.S. tech industry is made up of African-Americans, and only seven percent are Latino. These are paltry numbers for one of the fastest-growing industries, booming with career opportunities.

The Google-Code School partnership is just the latest in a string of efforts to recruit more females and minorities into the tech world. Last month, Google launched Made With Code, an initiative and website offering projects, mentor stories, and resources to encourage girls to learn to code. Similar initiatives aiming to close the diversity gap include Yes We Code, Black Girls Code, and Hack the Hood.

It's encouraging to know that there are more and more options out there for women and minorities with an interest in coding, and here's what you need to know about Code School — and why you should sign up.

Code School's courses are unique in that they're self-learning, meaning that students get to work directly with code. Rather than just reading texts about coding or watching online presentations, students will experiment with code directly in the browser, use design concepts in a website, and try out gamification (the use of game mechanics to solve problems).

There Are Courses For Every Level

In addition to beginner courses, the program offers many courses for intermediate and experienced coders who are well on their way to pursuing a career in tech. Some of these include Google-related courses, like Shaping Up With Angular.js, Exploring Google Maps For iOS, Discover Drive, and Discover DevTools.

It's Totally Worth It

This is a rare opportunity to learn a practical skill set through a top-notch program for absolutely no money. Google is distributing promo codes to women and minorities from all over the world, including African-Americans, Hispanics, Native Americans, women, and veterans. Still, even without the promotion, the classes are normally $29 per month — a small price to pay for a seriously useful skill set.