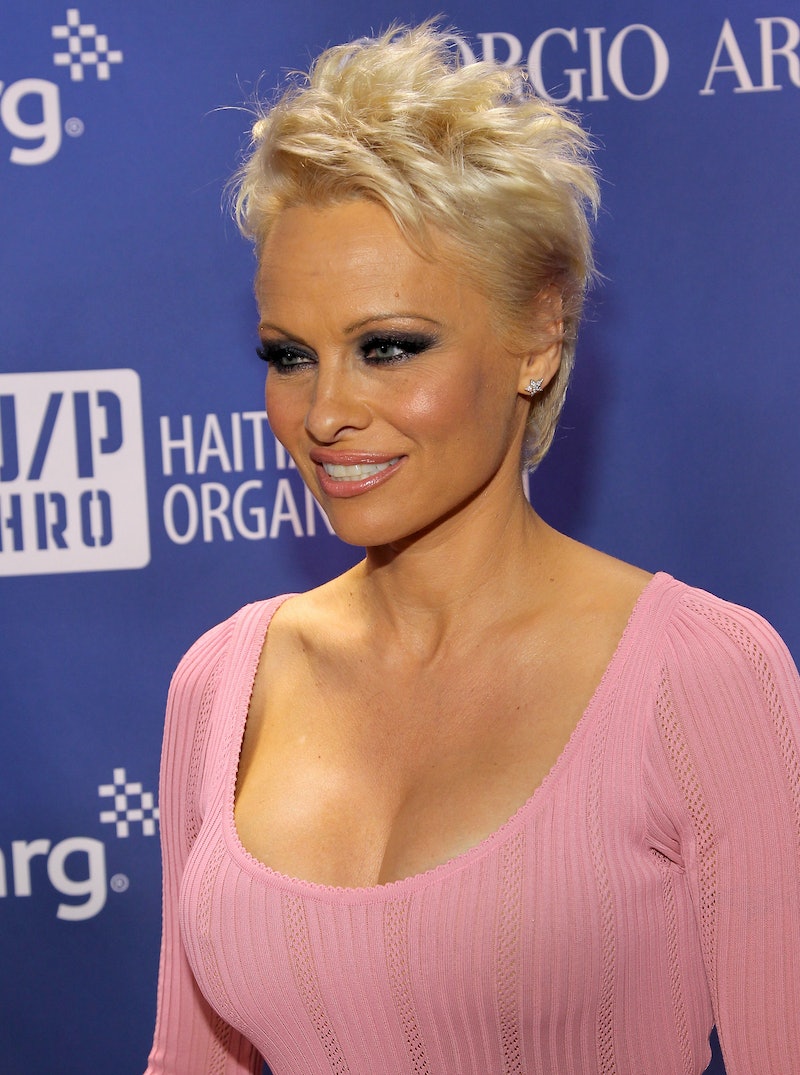 She's a poet and we didn't even know it. In all seriousness though, Pamela Anderson posted a poem on Facebook and it's actually very intense. Following the announcement that the Baywatch star filed for divorce a second time from Rick Salomon, she evidently felt moved to put her emotions on paper, which serve to lift the veil on some of her inner pain. We know that Anderson has had more than her fair share of struggles, recently she admitted to being molested by her babysitter as a child and raped twice. But in spite of all that, Anderson has prevailed. Still, knowing those harrowing things happened to her, it's not surprising that the actress has a lot of emotion buried inside. The good news is, she's releasing some of it through the written word.

On the surface, the poem could easily be about her soon to be ex-husband with lines like, "I love being in love — but expectations/make it impossible to be happy/or satisfied," and "No man knows what to do with me/I blame myself." It's heavy stuff Anderson is working through when it comes to love.

But then, the poem delves much deeper than that. She makes a lot of observations about herself and culture and about being an object of sex. "I've never felt beautiful/I always felt sexual," she writes. She also asks, "Is it healthy, to be fantasied about...by many men?" She then later writes, "I am human you know—"

They're heartbreaking revelations, really, especially when you consider her history of sexual assault. Anderson has been mocked a lot in the media over the years for everything from being a "dumb blonde" to getting plastic surgery that made her "barely recognizable," but when it comes down to it, the actress clearly has a lot going on inside and the things she points out in her poem really make you think. In that, Anderson has succeeded on a literary level.