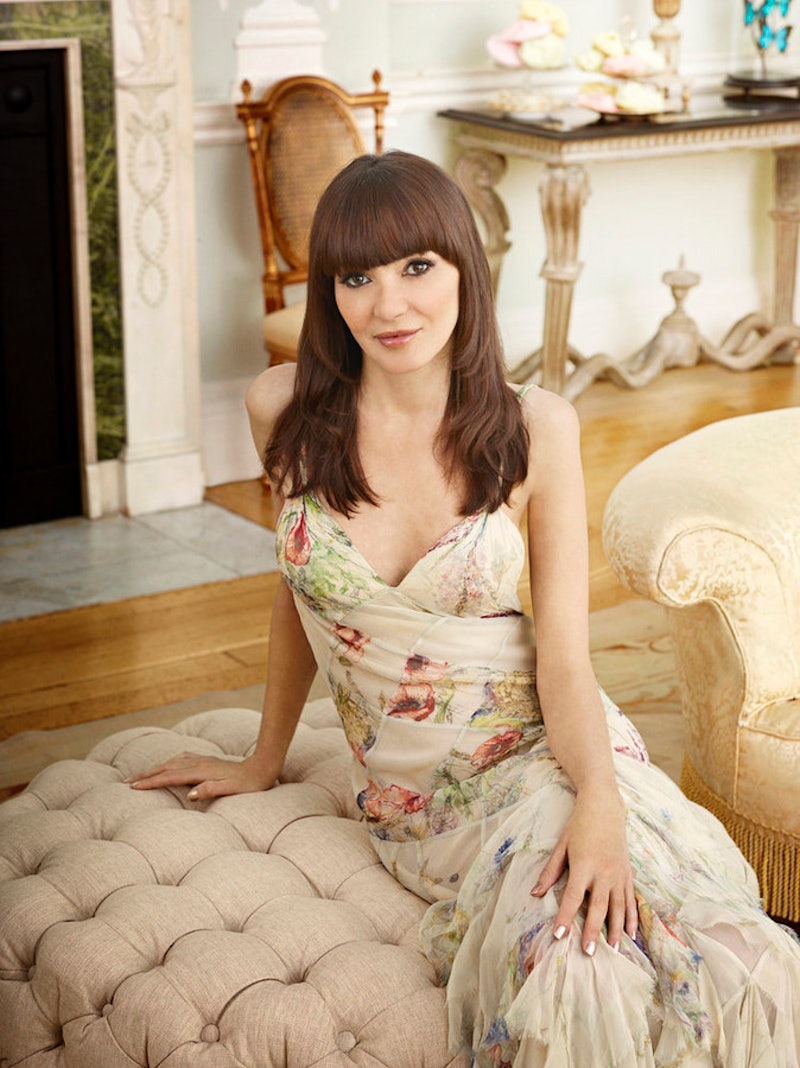 After last week's episode, it seemed like Ladies of London 's Annabelle Neilson, the resident badass sportsman and high-fashion muse, would effortlessly show up the rest of the girls yet again by riding her horse at high speeds while training for a charity race. But an unfortunate accident sent her crashing off the horse at 45 miles per hour and left her hospitalized. And it wasn't anything like Tamra Barney’s tumble off of a mechanical bull — not a melodramatic creation of the promo editors, but a real, serious injury that left Annabelle unable to walk for over a month.

There are only a handful of episodes left in the first season, which was filmed over a year ago, so while we will be seeing Annabelle pretty seriously banged up on the show, she's fully on the mend now. With the extent of her injuries, which included a broken pelvis and broken bones in her sacrum, she wasn't able to make an appearance at Caroline's dinner party, the source of next week's drama (because of manners yet again, yawn).

But Annabelle seems to be doing much better now, tweeting and Instgramming her support of the show, interacting with fans, and sharing updates about how she's recovering — which luckily, is good news.

She’s even posted pictures with one of her horses, Mr. Fickle (which is a GREAT name) "after a gallop." It's not clear if it's a TBT or a picture from a recent ride, but either way she's working her way back to full health and seems committed to returning to horseback riding.

The idea of falling from a horse and breaking your pelvis and back in several places is terrifying enough. But the idea of spending over a year in rehabilitation just to continue riding horses is not for the faint of heart. Like a true equestrian, Annabelle is still working at her physical therapy in hopes of getting back to racing sometime soon.

It may be a tough road to a full recovery, but is anyone actually surprised that Annabelle seems to be doing just fine?