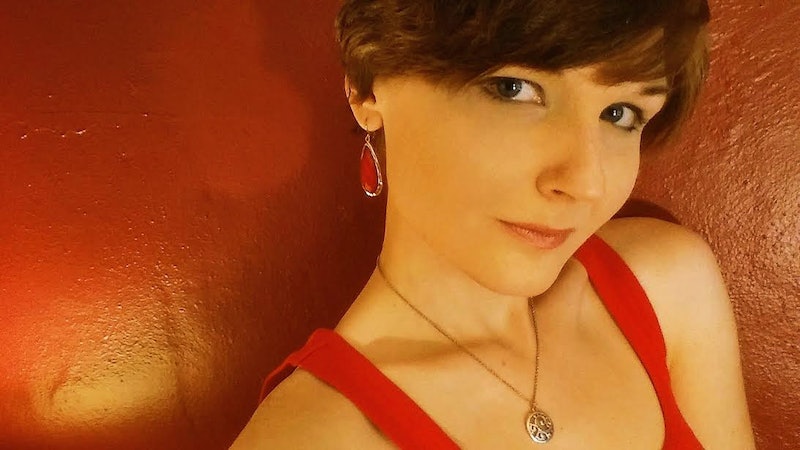 When 84-year-old Ray Jessel performed his song “What She’s Got,” on America’s Got Talent earlier this month, it was hailed as a brilliant and hilarious performance. Host Nick Cannon enthusiastically tweeted that it was the best original song that he had ever heard on the show. When I watched Jessel's performance, I couldn't believe what I was seeing either, though not because the song shocked me.

The big joke is a familiar one: The woman that Jessel describes in his song is great, except for — wait for it — she has a penis.

That is the song's only punchline, the signal to the hosts and the audience that their expectations have been foiled, that the situation is not normal, and this woman and situation are to be laughed at. But as a trans woman, this song wasn't funny to me.

I find it frustrating that low-effort humor made at the expense of trans people — the same kind of "jokes" we face every day — is being hailed as brilliant “art” and somehow sacrosanct. But it makes me even angrier that our objections to being reduced to objects of ridicule are equated to calling for censorship, as if transphobia has no other outlet.

Regardless of his intent, Jessel’s song told trans women of all ages, whether or not they were out, that America will cheer at people ridiculing them for daring to be more than their anatomy. His song might not seem like a big deal, but when transgender people are more likely to commit suicide due to lack of acceptance, I consider those messages important.

After GLAAD issued a statement regarding the song, NBC removed the video from its social media platforms, but the video is still being circulated, and those unwilling to acknowledge the unintended consequences of media that mocks and degrades transgender individuals continue to defend it. Jessel was heard loud and clear. In fact, he even put out a full-length version of his song on the website Funny or Die that contains even more misconceptions about trans people than the original.

No one seemed to care that the performance was entirely predicated upon the notion that being with a transgender person is funny and that transgender people are a punchline — despite the fact that transgender people were definitely watching and were potentially even in the audience that night. What transpired as a result was an ugly celebration of transphobic ideas on prime-time television, wrapped up in a cute song.

Though Jessel’s performance seemed innocuous to the judges, the audience, and many viewers at home, it both drew upon and reinforced incredibly toxic views about trans women in our society, such as the idea that a woman having “male genitalia” is some sort of defect or flaw.

Newsflash: It's not as if trans women keep male genitalia around just to make men uncomfortable. Men aren't even necessarily part of the equation at all, and the assumption that everything a trans woman does has to satisfy a heterosexual cisgender male gaze in order for her to be valid is both transphobic and sexist. Trans women's genitals do not need to conform to anyone's sexual expectations or preferences.

There are many reasons trans women might not be forthright with their genital configuration to potential sexual partners, but deception is low on the list when the very real possibility of being assaulted or murdered for being transgender hangs over their heads.

Surgery is not a desirable option for every trans woman, nor is having genital surgery the point at which they become a woman. For trans women who wish to have genital surgery, the process is often prohibitively expensive, especially when transgender people face higher rates of poverty and unemployment than the general population.

Furthermore, even when men do want to have sex with trans women, the idea that trans women deceive men by hiding their genitals from them is an incredibly dangerous one, and this myth is precisely what Jessel’s song is predicated upon.

There is no excuse for this type of performance on prime-time television in 2014, and it certainly should not be celebrated. This is a time when Laverne Cox is on the cover of TIME magazine, when she and Carmen Carrera are articulating why cultural entitlement to trans bodies is problematic, while Janet Mock is asserting her right to control her narrative on her own terms.

Transgender people are making incredible strides in demanding equality and respect, and yet, when I saw the fawning reactions to Jessel’s performance, I felt as if we had gone back in time to 1994, when I felt humiliated watching Ace Ventura disgustedly attempting to wash away the shame he felt at being intimate with a trans woman (one who turned out to be a deceptive villain), or even just a few years ago when movies like The Hangover 2 and TV shows like Family Guy included similar disgusted reactions to characters being revealed as transgender.

I find it disturbing that people think it is okay not only for a popular television show to give a platform to a man promoting harmful ideas about trans women, but to also celebrate him for it. I find it frustrating that low-effort humor made at the expense of trans people — the same kind of "jokes" we face every day — is being hailed as brilliant “art” and somehow sacrosanct. But it makes me even angrier that our objections to being reduced to objects of ridicule are equated to calling for censorship, as if transphobia has no other outlet.

When I heard that punchline, I was transported back to a time before I began transitioning and remembered all of the fears that had hindered me. I remembered thinking that I didn't want to be a freak or a joke. I wanted to be taken seriously for who I was.

Criticism of Jessel's song isn't censorship, but silencing that criticism is closer to it. Television is a form of mass communication. It literally penetrates into our homes, and the messages that it sends do not exist in a vacuum. The message America’s Got Talent sent by airing Ray Jessel’s song was that trans women are punchlines, and that any transgender individuals watching were not worthy of consideration.

Jessel’s song and the embarrassing celebration that accompanied it is a big deal not only because of the effect it has on trans people, but also because it illustrates that, despite our gains, we must remain vigilant in combatting these harmful attitudes.

Eventually, I hope that songs like this no longer have a platform like America’s Got Talent — or any show on television. I hope that people start to unpack why they laughed at that song and come to understand why it is problematic. Perhaps then, prime-time television and society in general will become more affirming, accepting spaces for trans individuals. Because right now, they're still spaces where we're laughed at.