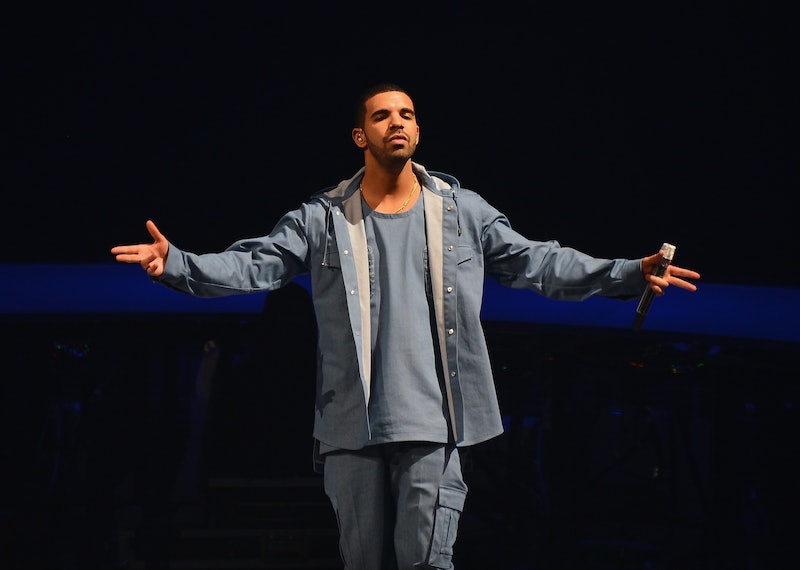 When Drake speaks, people listen. And he's had a lot to say recently. Not only did everyone's ears perk up when he called out tennis player Nick Kyrgios for dissing his music, but the rapper also grabbed plenty of attention by announcing the title of his fourth album as Views from the 6 .

Sooo, what exactly is "the 6" and where can we partake in these undoubtedly spectacular views it offers? Can we use Google Maps to find it? Or is it an exclusive piece of land only accessible by Drake and his crew? Unfortunately Drizzy has yet to expound on this puzzling title, but I have a couple of ideas about what it might mean.The first thing that comes to mind is Jennifer Lopez's similarly titled debut album On the 6, which referenced a New York City subway line. But Drake doesn't seem like the type to ride the subway, despite the recent trend of celebrities filming their train rides. Then again, Drake could be taking cues from Mariah Carey by going the elusive route. Incorporating the number six in the title of his fourth album is a pretty good way to keep us guessing. Why the number six is associated with Drake's fourth album will be the question on everyone's minds until he decides to enlighten us. Nice move, Drake.

Based on this Reddit discussion on what Drake's album title means, it's actually a lot more logical than odes to subway rides or an effort to remain elegantly mysterious. The number six is supposedly a reference to the city of Toronto based on its area codes 416 and 647, both containing the number six. If these professional Drake connoisseurs are to be believed, he will temporarily sideline his love affair with the city of Houston and show Toronto some much-needed love that will probably feature records about love and landmarks, the countless women he courted there and even the Toronto Raptors.

It is, after all, the city that birthed him and gave him lint rollers so it's only fitting for him to dedicate a record to his hometown.