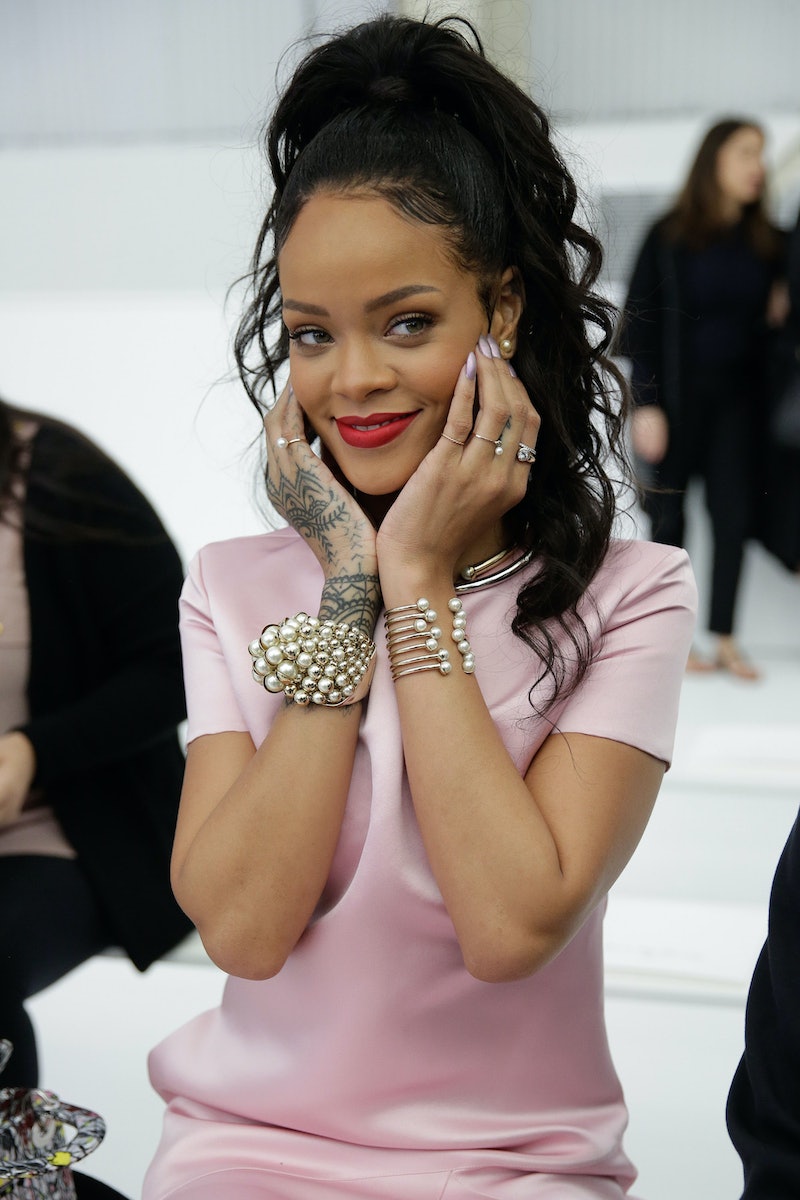 As if NBA basketball player Dwight Howard's tweet this past weekend concerning the Israel-Palestine conflict wasn't enough, Rihanna has recently hopped on the bandwagon herself. Earlier today, the singer tweeted "#FreePalestine" and inevitably inserted herself into the Middle East conflict. Despite the fact that both of these celebrities deleted their tweets within minutes, this is the Twittersphere, and retweets (thousands of them when you're a celebrity) are unavoidable.

In light of all of the recent celebrity Twitters being hacked, whether it be Chris Colfer or Barack Obama, it's becoming increasingly difficult to really know what is a real tweet and what is a hack. But for all you nonbelievers out there, both of these celebrities have admitted to tweeting #FreePalestine on their own behalf.

According to TMZ, Rihanna deleted the tweet because it was never meant to be tweeted and claims she was unaware of the situation until she received backlash from her fans. It wasn't until then that she deleted the tweet. Hmm, sounds fishy.

Howard, on the other hand, was well aware of his actions in tweeting about this political issue, and he offered up no explanation. However, 15 minutes after the tweet was released, he took it down, and apologized to all of his fans.

One hundred seventy-three Palestinians have been killed since Israel's offensive began just seven days ago. Given the current situation, the tweets certainly spurred reactions.

It's remarkable how these celebrities are tweeting their vibrant opinions, and then subsequently deleting them. Of course, they want to avoid backlash, but why get yourself involved in the first place? Perhaps it's time for celebrities to keep silent with controversial political topics.

More like this
What Is Ariana Grande's Net Worth? When It Comes To Money, She Has No “Problem”
By Hugh McIntyre
The Best Memes & Tweets About Beyonce's New 'Renaissance' Album
By Radhika Menon
Zendaya Shut Down Those Viral Pregnancy Rumours
By El Hunt
Twitter Has *A Lot* To Say About Justin Timberlake’s Beat Ya Feet Dance
By Sam Ramsden
Get Even More From Bustle — Sign Up For The Newsletter