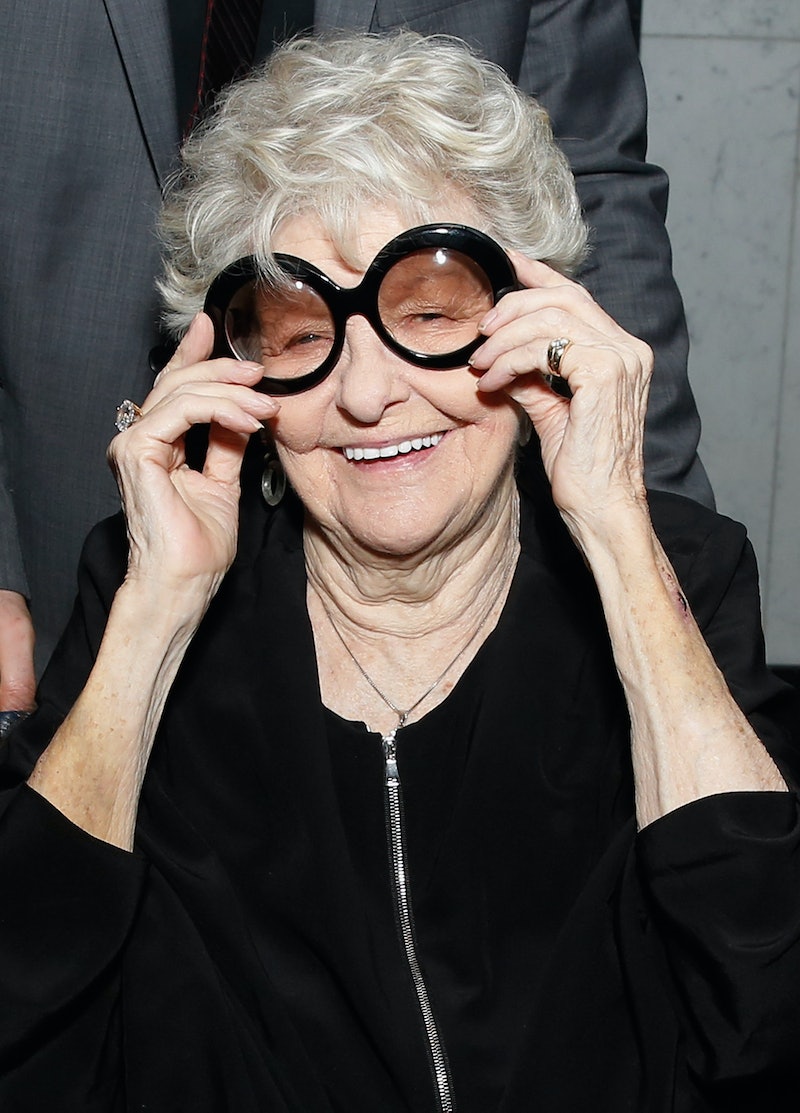 It's a sad day on Broadway because Elaine Stritch has died at age 89. The Emmy and Tony Award winning performer was known for her roles in Bus Stop, Company, and her one-woman show Elaine Stritch at Liberty among many, many others. Born in the 1920s, Stritch's legacy spans so many decades that it's truly staggering to have lost such a legend. Of the many, many things that Stritch is famous for, one of the most memorable of them all is her performance of "The Ladies Who Lunch" from Company. The performance is so famous, in fact, that it has been parodied many times in pop culture.

"The Ladies Who Lunch" is a song that mockingly judges the rich and wealthy women who waste their middle-aged lives doing nothing meaningful, sung by Joanne (Stritch) while out at a nightclub with her third husband Larry and their friend Robert. This particular performance of the song occurred when Elaine Stritch was trying in vain to record it for the Original Broadway Company Soundtrack. As the behind this video goes, Stritch, Stephen Sondheim and the orchestra were all exhausted because it was after midnight and the end of a long day of recording. Stritch struggling by that point to sing the song in the best way she could for the album. Eventually, after a matinee performance of the show and as we all knew she would, she returned to knock it out of the park.

Fans can watch the story unfold in Company: Original Cast Album, a documentary and aborted TV series filmed by D. A. Pennebaker. The full documentary can be seen on YouTube, but the clip below is one of Stritch's failed takes. The truly amazing thing about the clip is that, even though this was considered one of Stritch's "bad" recordings, it was still a gorgeous rendition of the song. Stritch was a truly talented performer and singer and she will be endlessly missed on Broadway and off it.