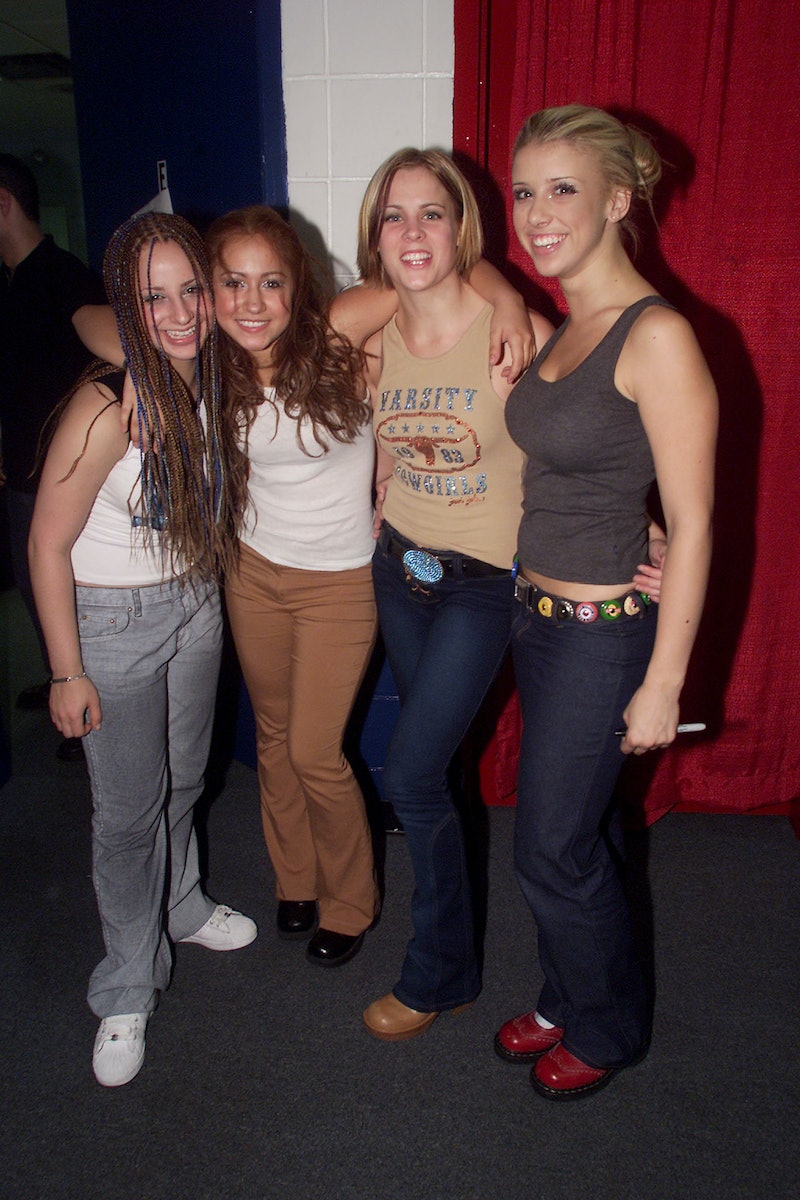 Oh, the late ’90s/early 2000s! The days when ‘N SYNC, Backstreet Boys, and 98 Degrees dominated the radio. But even though everybody always reminisces about those beloved boy bands, there were equally awesome girl groups that deserve some credit. And I’m not just talking about Destiny’s Child or the Spice Girls. There was 3LW, Eden’s Crush, and Dream. Remember Dream? If not, let me refresh your memory. They were Diddy’s girl group pre-Danity Kane. I can still remember listening to their It Was All A Dream CD on my yellow Walkman. Although the members of Dream changed a bit over the years, the main foursome included Holly Blake-Arnstein, Melissa Schuman, Ashley Poole, and Diana Ortiz.

The group formed in 1998, but it wasn’t until two years later in 2000 that they had their first hit, “He Loves U Not.” After that, their next popular single was “This Is Me,” which featured P. Diddy (as he was known at the time). Since the girls were signed to his label Bad Boy Records, of course they all wore “Bad Girl” t-shirts in the music video. Wasn’t one of the best things about girl groups the matching outfits? Oh, and the choreographed dance moves.

While we all know what P. Diddy has done since then (including dropping the "P" from his name), not much has been said about the girls. Luckily, I was able to do some research (aka Googling) to get answers about their whereabouts. And guess what? I discovered good news! Not only do they still text like BFFs, but they may be up to something musically. There was proof on Poole's Instagram.

Does "let's do it" mean they're getting back together? That would be a dream come true. (Sorry, couldn't resist!) If a reunion is in the works, it's best to catch up on where they are now.

She's still making music! In fact, she's working on a solo album. Does this make her the Justin Timberlake of the group? According to her website, "The talented pop star is once again center stage with her self-written songs and style that will captivate America. With her passion for music and individuality, Poole is surely a force to be reckoned with." Wow, those sound like some serious promises. If you're interested in what those songs sound like, check out her music video:

Years later and Ortiz is still nostalgic about the band. (It's okay, I am too!) A few months ago, she posted a snippet of the "He Loves U Not" video on Instagram and declared her #WomanCrushWednesday the "ladies who experienced that roller coaster of blessings and lessons learned" with her. How sweet! According to her (private) Twitter, she's a "food & beverage manager." In case you were wondering, yes — she can still sing. She sometimes posts videos to Insta, like this one:

Sorry to say I couldn't find a recent picture of Holly anywhere, but for reference purposes, she's on the left in the photo above. After Dream broke up, she joined another band called Whirl Magnet. Unfortunately, they're not together anymore either, but you can listen to some of their songs on Myspace. In case you're wondering why she's been MIA, this might be the reason — she's reportedly married, living in San Francisco, and working as an occupational therapist. But don't worry, she still makes music too! This song was posted last year:

Schuman has acted in movies including 2003's Love Don't Cost A Thing with Nick Cannon. In 2008, she and Poole wanted to form another band, so they recruited Ortiz to join! They called themselves Lady Phoenix, but the group only lasted until 2012. Even though that didn't totally work out, she hasn't given up. According to her YouTube vlog, Schuman thinks it's time for a Dream reunion. She says since the Spice Girls got back together, why can't they?

Hmm, if you combine Schuman's video with the "Let's do it" text above, it sure seems like Dream is maybe/possibly/hopefully getting back together. While we wait to see what happens, I'll be listening to the song below and wishing for a reunion!