Have you ever found yourself flipping through the channels on a Wednesday night thinking, "Man, there are only, like, 500 cooking shows on right now. I wish there were more to choose from"? No? Well, too freakin' bad because NBC is airing a new cooking show called Food Fighters . That's right — you can officially add another show to your TV lineup that you say you won't watch, but that you'll get thoroughly addicted to because there is food involved. It's just science.

So how is Food Fighters different from every other cooking show on right now? Well, it's not that much different at all. The show is half cooking competition and half game show, and is hosted by Adam Richman (you know, the guy who hosted another culinary-related show, Man v. Food, in which he took on various food challenges). During the competition, one amateur cook will prepare their signature dish or secret family recipe and go head-to-head against five professional chefs (not all at once). Afterwards, a dinner party comprised of "the American Public" will judge each dish. Then, according to NBC, "with each savored victory, the cash prize gets bigger and bigger as the home cooks rise to every challenge and out-cook professional chefs." 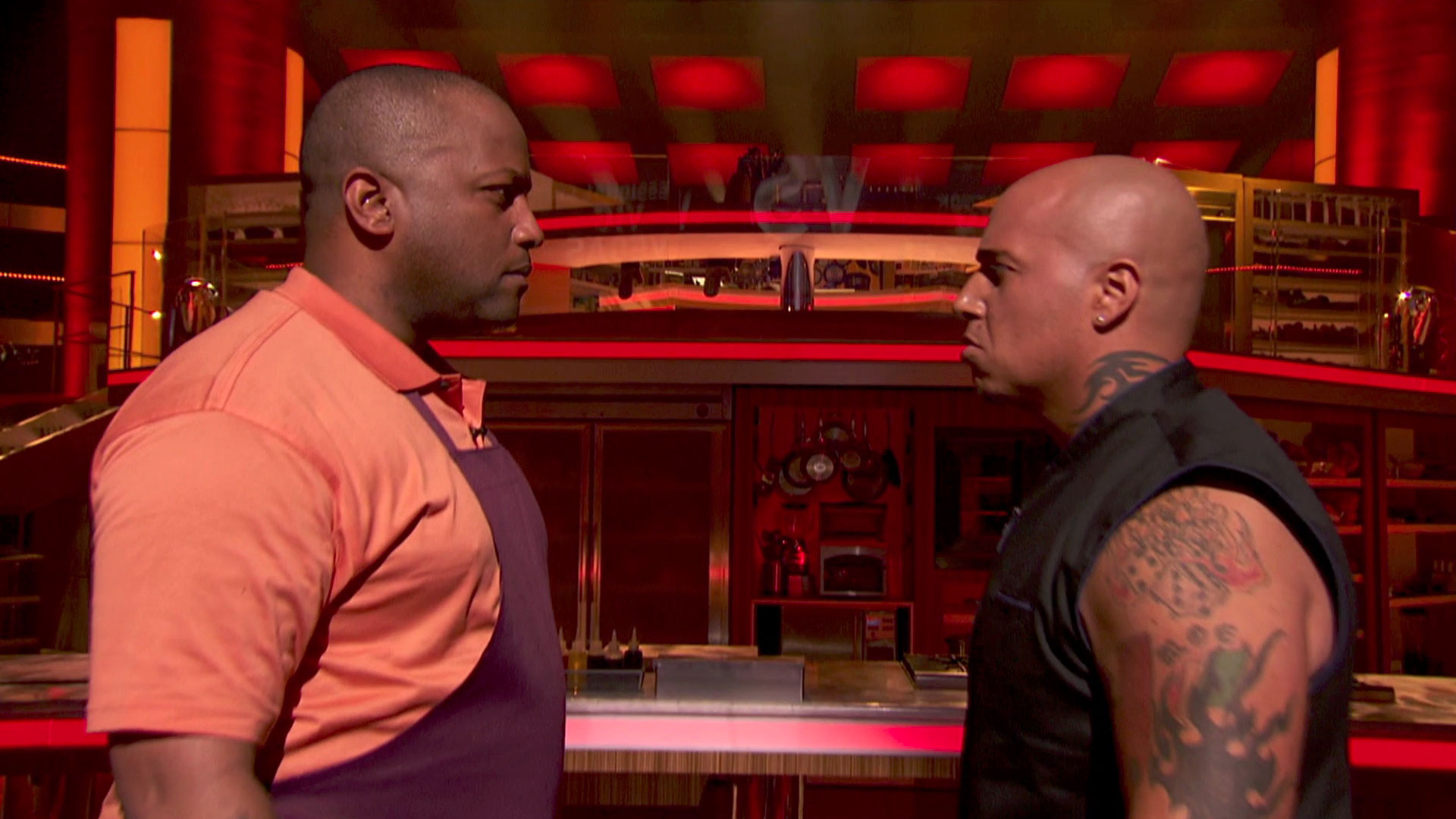 So basically, it's like if you were to combine Beat Bobby Flay (where the goal is to beat a professional chef) with America's Best Cook (where a group of home cooks battle against each other in cooking challenges). But it doesn't even matter what other shows it's like, because everyone's going to watch a show about food. (Again, it's science.) But just in case the networks need some help coming up with some original ideas that are a little, um, out of the box, I've gone ahead and listed some shows that should be thrown up on the brainstorming whiteboard:

Okay, just to be clear, I'm not talking about babies who are geniuses; I'm talking about the babies from Baby Geniuses. They'll cook and be cute. That's all.

Challenge: The dogs can't use kibbles and the cats can't use fish. What will they do now?

In the Kitchen with Hannibal

Thanks to a video mashup that turns Hannibal into a cooking show, we already know that this is a solid idea.

You have to cook the best dish or you'll be "killed." It would air right before In the Kitchen with Hannibal.

Detectives have to figure out all of the ingredients that are in one bite of food, OR Detective Munch has to figure out which suspect stole a cookie from the cookie jar. I'm fine with either.

Survivor, but a cooking show. (Spoiler alert: Everyone overcooks the rice.)

Just picture it, your favorite actors from your favorite TV shows duke it out to become the winner of Chopped. I've got my fingers crossed for a Breaking Bad or 30 Rock battle. (Hey, if Jane Lynch can bring A-list celebrities together for Hollywood Game Night, then some other host can do the same thing.)

Honestly, at the rate cooking TV shows are being created, I don't think any of the above options are out of the question. Okay, maybe the murder one, but that's it.