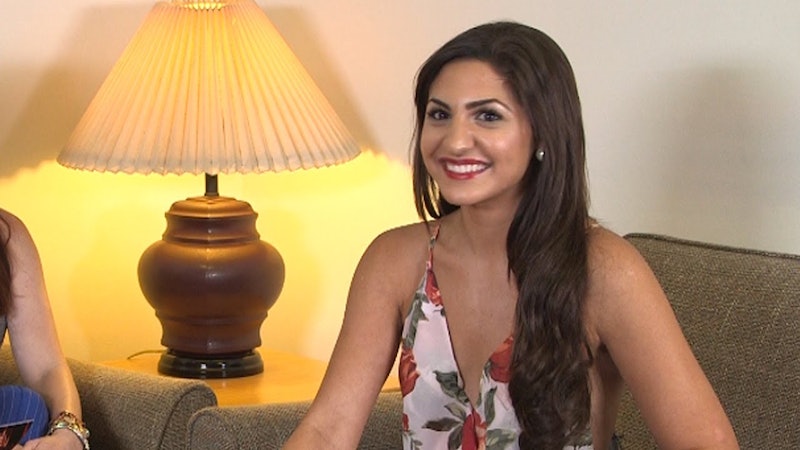 If you don't watch Big Brother, you probably don't recognize Victoria Rafaeli, or even know her name. But, if you are a fan of the CBS reality series, you'll definitely know her — she was recently, Big Brother 16 spoilers ahead!, thrust into the spotlight on the series when she was nominated for eviction shortly after she shared a riveting story about how a "crow" nearly carried her away when she was a toddler on a beach in Israel (sidenote: I kind of believe her story that a bird tried to carry her away, because when I was a child, a seagull landed on my head and tried to steal the sandwich I was eating out of my hand. Those things have no fear.)

Anyway: I know theoretically, there's no way that Big Brother cast member Victoria Rafaeli is going to actually be the new Kim Kardashian. Kardashian's fame and notoriety, especially in recent years, is practically untouchable at this point — I mean, she got a Vogue cover, and she's just a reality TV show star. But, it's really hard to deny that Rafaeli and Kardashian don't have similarities, and I mean more than their dark hair, dark eyes, and ability to rock red lips. So, since I have devoted my life to delivering news to the masses, here are some of them:

Based on her Facebook, anyway. Victoria has a few profile pictures on Facebook with captions that are motivational quotes, such as this one:

As for Kim: On her blog, she's posted a bunch of motivational quotes in the past every Monday, for #MotivationalMonday.

She was a young business owner:

Kim, of course, opened the local clothing store DASH with her sisters before Keeping Up With the Kardashians made them famous, and even before that, she was a stylist to Paris Hilton and the personal shopper for Lindsay Lohan. So, she had a good little career going for herself, despite only being in her early 20s.

They're both obsessed with make-up and fashion:

On her biography posted on the CBS website for Big Brother , Victoria answered the following to "What would you take into the house and why?":

Hair extensions, I don’t go anywhere without them. Makeup, I like to be dolled up and presentable no matter where I am going.

Kim, with her make-up line and numerous selfies displaying just how intricate her make-up routine is, obviously cares about this deeply as well. She also uses hair extensions, and is rarely seen out of the house without a full face of make-up on — even when she's simply walking with her daughter, North, around town.

They both are ahead of the trend

Victoria made a Twitter profile back in September 2009. You know when Twitter actually became a famous thing? Like, a month later. BAM, TRENDSETTER. And Kim is obviously ahead of the trend when it comes to fashion, because she has enough money to be. So...it's similar enough.

Both have, at one point in their lives, said they dislike drinking heavily

This one's a small similarity, sure, but I can't deny that it was the first thing that popped to my mind when I saw the above GIF. In one of the early early early episodes of Keeping Up With the Kardashians, there's a scene including Kim talking to Kris about her sisters, and she says, "I don't even drink!" Similarly, in an early interview with People , Kim had the following to say: "I do not drink alcohol at all. My sisters drink, so when they get a little crazy, I am there to pull them down." Total inspiration. Let's all ignore the existence of this picture.

More like this
The 'Big Brother 24' Racism & Bullying Controversy, Explained
By Jake Viswanath
Kim Kardashian & Pete Davidson’s Relationship Timeline From Start To Finish
By Jordyn Tilchen and Bustle Editors
7 Of The Highest Highs (& Lowest Lows) From Love Island 2022
By Victoria Sanusi
Everything You Need To Know About The 'Big Brother' Reboot
By El Hunt and Maxine Harrison
Get Even More From Bustle — Sign Up For The Newsletter