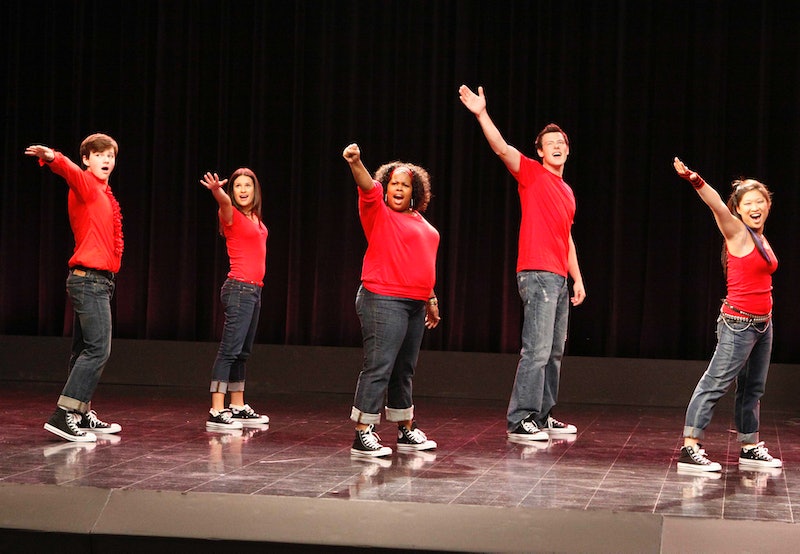 Glee's motto for it's sixth and final season can be summed up with three words: Quality over quantity. As previously reported, Glee 's final season was cut from the usual 22-episode season to a mere 13 episodes. In addition to that unsettling news, Fox also let the audience know that they wouldn't get a chance to go back for their limited visit to Lima, Ohio until 2015. Initially, it appeared as if the short order was a punishment or quick fix of sorts due to the show's declining ratings, but after hearing out the rationalization behind the cut, it suggests a far less sinister reason and a whole lot more logical one. If you're a Glee fan, you're going to like what Fox's chairman and CEO, Peter Rice, had to say about honoring the show by giving it the dedication and attention it was denied in the past two seasons.

E! Online reports that Rice explained, "We want to go out in way that celebrates it. We thought that a final 13 episodes and compacting it and doing it in a straight-run was a better way to finish the show." So why the sudden revival of love for the series? "I think Glee is one of the great shows in television history... it was so hot and so big ... It touched so many hearts and it brought social issues to the floor," Rice said. A truly comforting statement to those like me, who have loved Glee so dearly in the past and have been upset with the state of things up until the last half of the fifth season. Perhaps Fox just didn't appreciate what they had until it was almost gone.

And, if you are a Glee fan, you know that the two month hiatus the show usually took during the winter was a complete bummer anyway. I know that I'd rather have 13 back-to-back episodes that are reminiscent of the first three, wonderful seasons than a hundred more episodes that would play out like Season 4 and half of Season 5. Glee has been dealt its fair share of heartache over the past couple of years and it'd be gratifying to see the show go out the way it came in — incandescently.