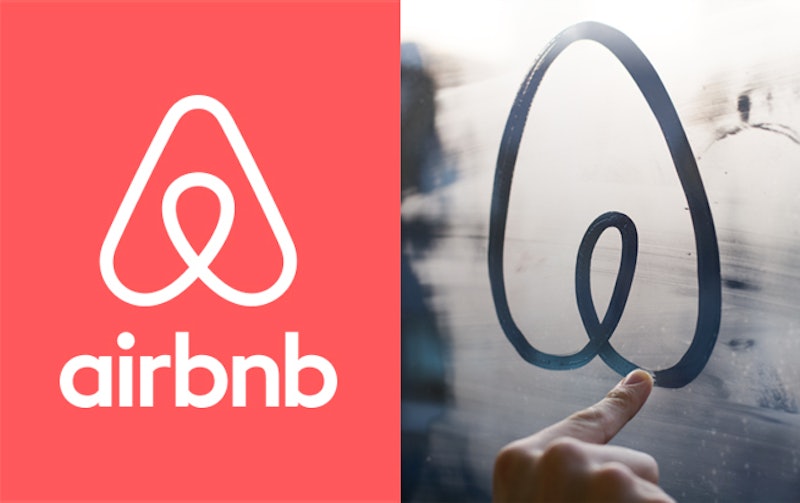 The Internet may have let out a collectively puzzled noise when Airbnb unveiled its new logo, the Belo, last week, but it’s only taken a few days for that “…eh?” to turn into peals of laughter. Accordingly, a new Tumblr simply titled AirBNB Logos has sprung up, displaying myriad alternative uses for the Belo in illustrated form — and you guys. It’s so. Funny. Seriously — I laughed out loud for a good ten minutes perusing it this morning.

Andrew Leonard at Salon might have been onto something when he wrote, “Here’s what I do know. If Airbnb’s goal was to get people talking about Airbnb, then this campaign is pure genius, and can only be considered a massive success.” Although I don’t necessarily ascribe to the view that “any press is good press” (hey there, Uber!), the talk surrounding the Belo is pretty benign, all things considered; “OMG, you guys! It looks like a vag!” mostly just makes us giggle because we’re all easily amused. At least it’s not, y’know, horribly, ridiculously offensive.

Initially, AirBNB Logos’ offerings were pretty much exclusively NSFWl; it seems, however, that people are starting to get a little more creative with it, making it more than just what Gizmodo referred to as “the sexual Rorschach test for our time.” For example, the Belo can be used as a somewhat phallic space ship:

You guys! It’s actually Peter Griffin’s chin! Why didn’t we see it before?

And here’s my personal favorite, in which the Belo becomes a planchette for a salmon pink Ouija board:

Of course, though, NSFW illustrations still dominate the Tumblr. This one, for example, is for those of you who think it looks like a pair of testicles:

And here’s one for those who look at it and see a vagina:

Speaking of vaginas, this one is especially topical, given the adventure an American foreign exchange student studying in Germany had when he went and got himself stuck in a giant statue of a vagina:

There’s plenty more where all this came from, so head on over there if you want to keep browsing. You can even submit your own, if you like. In the meantime, though, did you know that the Belo has even inspired a song? Take a listen to Brett Domino’s a cappella masterpiece here: