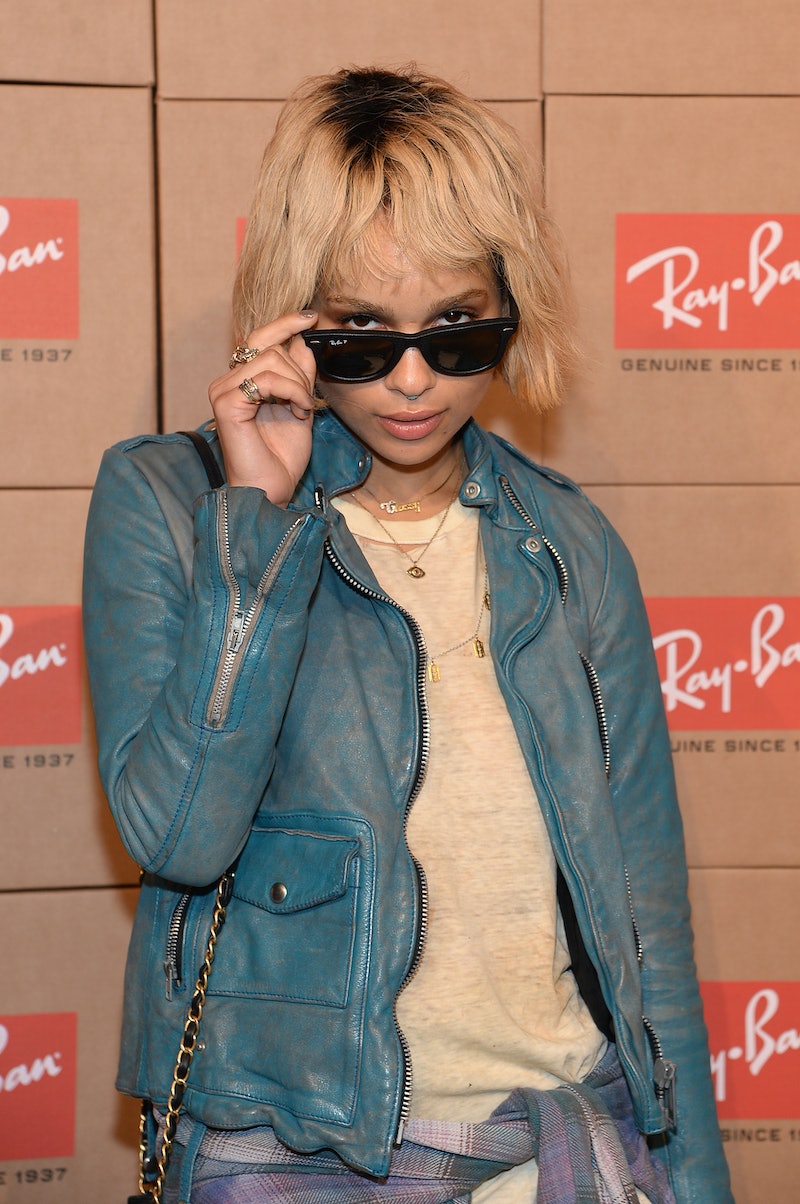 Every generation has "It" girls — the up-and-comers who are turning heads, being game-changers, and inspiring copycats with their ensembles and attire. They are eventually regarded as unforgettable and part of the culture and the scene. The concept is not just about having enviable and impeccable style. There are lots of well-dressed, always flawless, and strutting-to-the-beat-of-their-own drum celeb twentysomethings, like Jennifer Lawrence, Selena Gomez, Lady Gaga, Katy Perry, and Lupita Nyong'o, the latter of which is on her way to being a classic and millennial style icon.

And to get it out of the way early — no, Rihanna is not an "It" girl; RiRi is a style icon at this point.

"It" girls — Chloe Sevigny, Zooey Deschanel, and even Winona Ryder have been labeled as such at one point or another — are a little different. Their status is infinitely arguable. Attaining or being thisclose to obtaining "It" girl status is more of a subjective art than a quantifiable science and often, that lady in question's professional edgy and indie professional choices are factored in.

It's more like you know an "It" girl when you see her, but you can't always define what makes her so. What is an "It" girl to one fashion watcher might not be an "It" girl to another. That's likely due to the fact that the notion of an "It" girl has morphed and expanded slightly, thanks to the digital, always plugged-in age. Fashion is faster and more available to the masses. We're more aware of celebs and what they are wearing in their regular lives, thanks to Instagram, the paparazzi, and the 24-hour media cycle.

For the purposes of this discussion, I'm looking at six fashionistas who cause me to perk up every time they pop on my radar, thanks to their clothes and their hair first, and for their professional efforts, like their songs or their film roles, second.

These six ladies are, in my opinion, making fashion interesting for the 30-and-under set, since they are anything but classic or expected with their choices.

With a new Material Girl endorsement contract in her back pocket, the Disney singer and actress is almost like a mini Rihanna in that she takes chances and mixes pieces that don't always seem to be mixable or mix-worthy. Her blue and black ensemble was tough yet femme, showing skin in all the right places.

Again, Z, who is just 17, is street and chic, mixing white kicks with an all-black outfit, matching leggings and a sheer, bra-showing top. She is a total mixer of styles.

Kravitz is the daughter of Lenny Kravitz, himself a style provocateur and head-turner, and actress Lisa Bonet, who was a proto-boho chic type in the '80s. Their offspring inherited their style DNA, often displaying rocker chick chic and hippie x hipster chic. She is often a chameleon, not subscribing to one overarching fashion category. Her layered look, with leather legginsg, a denim top, and shades, is rock girl personified.

This snap captures a bit of her whimsy — as in she does whatever she wants when it comes to fashion.

She's a model, yes. She is famous for her celeb associations, yes. But Delevingne has made shabby chic acceptable. Can we just mention that she makes pajama ensembles look amazing?

However, jeans, rumpled, graphic tees, and masculine boots are often part of her uniform. She offers a unique take on menswear, eschewing Oxford shoes and tailored pieces for the just-rolled-outta-bed, up-all-night rock star vibe.

Lovato's look and overall image may seem a bit mainstream, but she and her stylist keep it consistent. She may have pink and blue hair, but she remains pulled together with lots of black and lots of leather.

Lovato epitomizes NYC's love of the monochromatic and of black with cool touches, like studs, major heels, and lots of leather. Plus, she's a personal fave who is easy to emulate. Her appointment to this list also stems to the fact that she makes fashionable feel accessible to younger girls, this inspiring future "It" girls, which is important.

The fact that Rita Ora is better known for her fashion and beauty endorsements (Rimmel, DKNY, Material Girl in 2013, Robert Cavalli) than she is for her music in the U.S. says something. Ora's template is that of platinum-haired, red-lipped, and vampy bombshell, but she isn't afraid to rock frothy couture by Marchesa or slouchy menswear or prints and platforms, like she did above.

It's anyone's guess with Rita Ora, which is critical when being one-to-watch and having "It" status.

I know Kendall Jenner is a controversial choice, being a satellite Kardashian and all. She and her little sis Kylie Jenner have a range at PacSun, which is sold at the mall, but look at Kendizzle on red carpets and in her modeling work. She is pushing the limits of her traditional prettiness in favor of flashing nipples in mesh shirts. Plus, her red carpet ensembles as of late have been totally left of center and unpredictable. See the slits in that regal-style dress above.

This pic totally demonstrates how she can transform her looks with what she wears and how extreme her makeup is. In this case, it's the brows. It's not just about clothes!