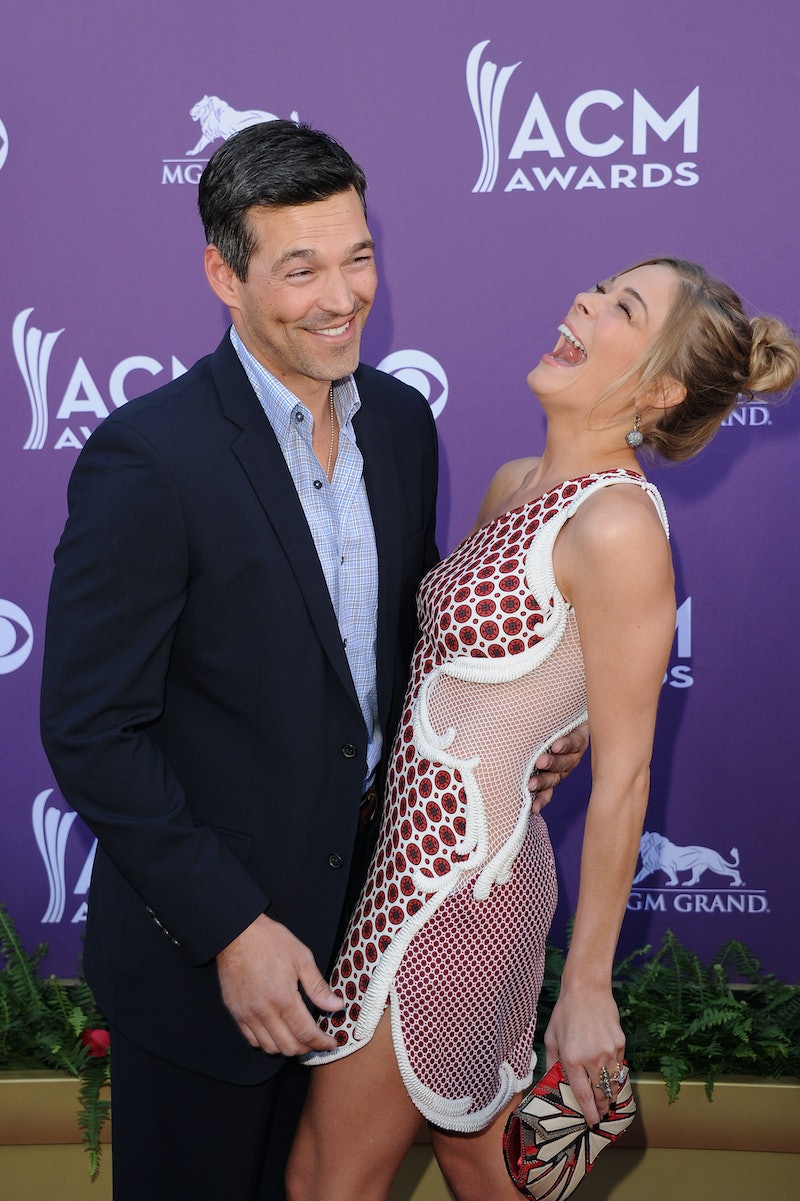 It's a dream come true, but at the same time, it's also a living nightmare. Fame-lovers LeAnne Rimes and Eddie Cibrian now have a Vh1 reality show. The couple who burst onto the scene when they cheated on their spouses with each other have now been rewarded with a camera crew in their living room. Vh1 plans on airing six, half-hour episodes of LeAnn & Eddie (working title) this fall or winter. The couple said:

We are really excited to be working together on a unique show that will give you a glimpse into who we really are or better yet who we’re really not. We’re thrilled to partner with VH1 and The Gurneys to put our spin on a project full of love, humor and music.

First of all, would we call anything LeAnn and Eddie do, "unique"? These two are as predictable as they come. There has been speculation for years that they've been trying to land their own reality show, and lord only knows there's certainly nothing unique or special about that.

Second of all, if this show is just their attempt at putting a band-aid on their less than savory public image, then, thanks but no thanks. We don't need to see LeAnn yodeling in the shower or Eddie cutting the grass shirtless. They've left such a bad taste in our mouths over the years. Their apologetic cheating aside, Leann's Twitter war with Eddie's ex and Real Housewives of Beverly Hills star Brandi Glanville has been pretty gross. Plus, Eddie's shit-eating grin on a tabloid cover is enough to make you want to jump out of your skin and into an ice bath, just to, you know, cleanse.

Fans of RHOBH know that Brandi and Eddie don't have the best relationship, their children aren't seen on the show because Eddie wouldn't allow it, but since LeAnn & Eddie will be all about showing us their everyday life, you'd think that'd include his kids, no? Brandi has the other Housewives to create stories with — LeAnn and Eddie won't have other cast members with whom to stir up plot lines. The kids seem pretty essential.

As much as I hate the idea of more LeAnn and Eddie, it was inevitable, and their show is happening.

And because you were wondering, Brandi hasn't reacted to the news yet on Twitter.