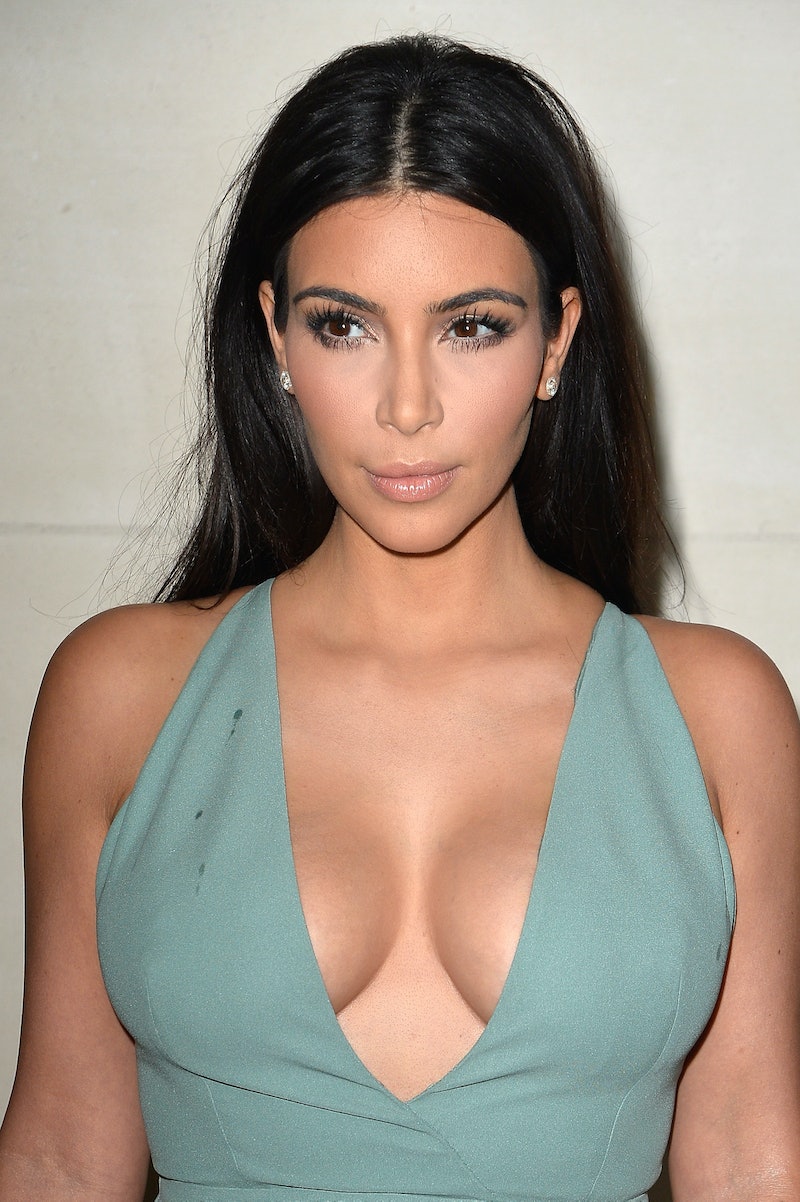 Kim Kardashian's video game has gone from being the most bizarre phrase anyone has ever had to say to a common staple of many people's lives. Our own Bustle writers are addicted and Kardashian stands to make $200 million off the game this year alone. As if it wasn't enough for the iPhone game to consume people's lives to the point where Kardashian had to issue an in-game apology in the form of free game stars when Kim Kardashian: Hollywood crashed last Friday, it appears that the app has also taken over the government. The Environmental Protection Agency tweeted about Kim Kardashian: Hollywood on Monday and the since-deleted tweet makes it clear now more than ever that the Kardashians are running the world.

"I'm now a C-List celebrity in Kim Kardashian: Hollywood," read the EPA tweet, which, according to US Weekly, was deleted after being up for three hours. "Come join me and become famous too by playing on iPhone!"

People didn't know quite how to respond to such a tweet coming from the account that is usually used to update the public on the government's efforts to protect our clean water and reduce pollution in the United States. Some people thought it was a hilarious joke or hack while some people were outright offended that the government had time to play Kim Kardashian's iPhone game when they should be, I don't know, doing government stuff like paperwork and more paperwork.

Listen, it doesn't really matter if the EPA was hacked or if an employee was playing a funny joke or, worse, didn't realize the mistake until it was too late to avoid those 3,000 retweets. What matters is that this is all the proof we need to confirm what we've all been silently thinking: The Kardashian-Jenner clan run the world. Sure, they may have confined their sphere of influence to television, fashion, and bikini selfies, but now they've made the leap into politics.

There's a reason no one can drag themselves away from the Kim Kardashian game and that's because it's controlling everyone's minds — including the EPA. I mean, honestly, if the EPA loses any respect over this wayward tweet, it's probably going to be because they're lowly C-List celebrities and who wants to associate with those?

Kim Kardashian might have turned mind control into the world's most mindlessly entertaining iPhone game, but that's not necessarily a bad thing. I'm going to give the EPA the benefit of the doubt and assume that they're still getting their jobs done around playing Kim Kardashian: Hollywood. Besides, anyone who claims there's not some degree of amusement in their confusion over the tweet is a liar.