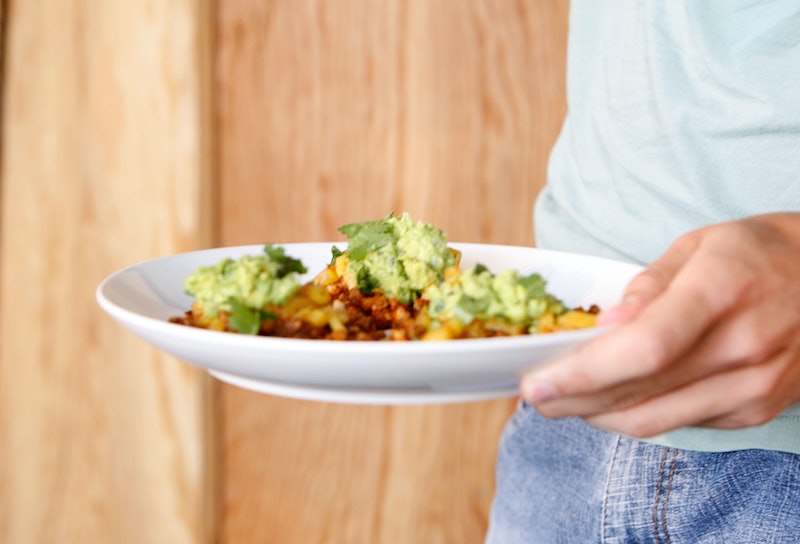 Who wants a low-grade cheeseburger when you can get a jam-packed burrito? Fast food lovers, take note: Chipotle reported a dynamite second fiscal quarter Tuesday, and saw its stock surge as a result. Did we mention that longtime titan of American fast food, McDonald's, didn't do so hot? Their profits dropped by one percent, which for a company of their size is more than it might sound like — McDonalds' profits were about $100 million shy of expectations.

So, the verdict seems pretty clear, right? If you're going to go in for a calorie-heavy lunch, at least make it more appetizing than McDonald's. Of course, there are countless reasons Chipotle might be steaming forward while McDonald's had a bad few months: The burger chain had a rough quarter in the European market, as well, though China actually improved a bit. As Forbes points out, a recent health scandal for McDonald's and KFC's Chinese meat suppliers could threaten their standing there, too.

In any case, Tuesday's news is a real boost for Chipotle. They earned $3.50 per share over the quarter, 41 cents higher than expected according to CNN Money, is a sign of a potent company on the rise. Their shares are currently trading above $660, an all-time high.

And it'd make sense that McDonald's is anxious to get back in the game, so to speak. If they're looking for a summer renaissance, here are a few snafus from their past they could learn from...

Be Straight With Your Vegetarian Customers, For Crying Out Loud

Back in 2001, McDonalds was slapped with legal action over the content of its french fries, as reported by The Telegraph, which for years they'd claimed were vegetarian. They neglected to mention, however, that they still used beef fat on the potatoes before frying them, an admission that triggered outrage from vegetarians around the world, especially Hindus, who refrain from eating beef for religious reasons.

The company ultimately shelled out $10 million to different groups as a settlement.

The health scandal McDonald's is dealing with in China threatens to hurt their standing in a market that actually did well for them last quarter — in other words, bad timing. It's not solely a McDonald's problem, though; both KFC and Pizza Hut are caught up in the mess.

Basically, the chains' local meat supplier got caught on video engaging in a variety of gross, unsanitary behavior. As the Washington Post reported, the video aired by Dragon TV showed factory workers handling meat with their bare hands, picking it up off the floor, and mixing in "stinky" expired meat with the good.

To be clear, it's possible McDonald's had no clue what was going on — their apology and promise not to use the supplier anymore attest to that. But it's a black eye for them at a time they don't much need it.

Make Your Food Look Better Than This

Look, McDonald's is basically all about speed, cheapness and utility at the expense of your health and finer tastes. I get that. But damn if that stuff doesn't get pretty gross after a while, and sometimes it looks the part, too.

Obviously anybody on a severe budget is going to get more mileage out of a handful of Big Macs than out of a single Chipotle burrito, and you shouldn't ignore the economic side of such fast food decisions. But McDonald's operates at a... let's call it an aesthetic disadvantage. That seems like a polite way to put it.

Look at all that! Granted, you have to shell out more money to get it, but clearly consumers are ready and willing to do so. That's all the more true considering that they started upping prices on some of their most popular items this summer — even at 25 to 40 cents higher, we're all still into it.

More like this
The Families Of Grenfell Tower Are Still Waiting For Justice, Five Years On
By Bustle UK
The Most Powerful Photos From The Weekend’s Abortion Rights Protests
By Melanie Mignucci
7 Expert Tips For First-Time Pickleball Players
By Carolyn Steber
The Nike & Jacquemus Collab May Have Been Inspired By Princess Diana
By Frances Stewart
Get Even More From Bustle — Sign Up For The Newsletter