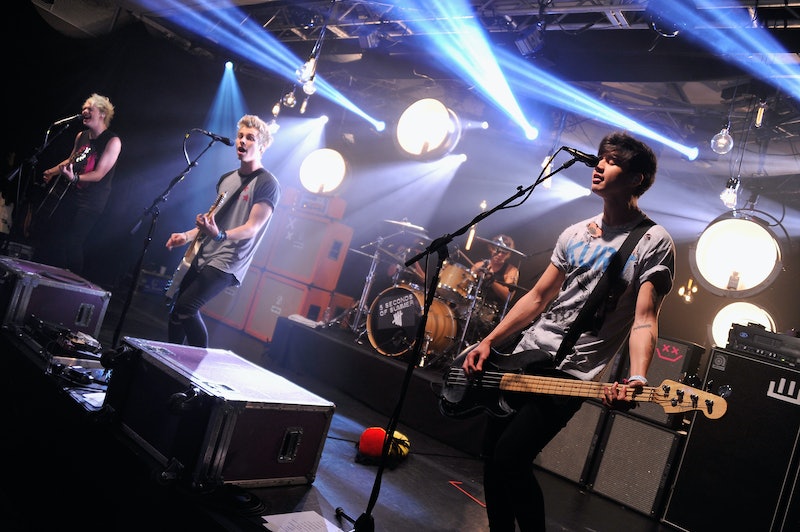 Tuesday has been a very busy day for 5 Seconds of Summer, perhaps better known to fans as 5sos. Despite their international fame, 5sos is still mostly known in America for being the band that opened for One Direction during their Take Me Home Tour. However, 5sos has always been so much more than that and it's about time America began to take notice. Not only did the band appear on the TODAY show Tuesday morning, but 5sos also released their debut album in North America, prompting screaming fans to descend en masse on the nearest music store (even if it was just iTunes) to grab themselves a copy.

For those who have no idea who these guys are, 5sos is a pop punk rock band (who qualify themselves as a band of boys and not a boy band) from Australia that formed in 2011. Their first worldwide release was the single "She's Looks So Perfect", which debuted at number one in several countries and was certified platinum. They released another single called "Don't Stop", noteworthy for its superhero themed lyric and music video, before their self-titled album finally hit the shelves. However, they're going to have some pretty steep competition because America already has a favorite boy band and that boy band is One Direction.

The first and most important thing to know about 5sos is that they are not One Direction. Sure, the two bands have some things in common as all bands are wont to do, but they're still two distinct entities. Even if you only start listening to 5sos because you like One Direction, don't walk up to the nearest longtime 5sos fan and make the comparison. Just don't. But if you'd like a simplistic breakdown of what the bands do (and don't) have in common, here's a handy chart for newcomers to the 5sos bandwagon.

This is just a very basic overview, but if 5sos is going to become a force to be reckoned with in the same country that made One Direction a thing then this is just the very least that you'll need to know about them. You're welcome.