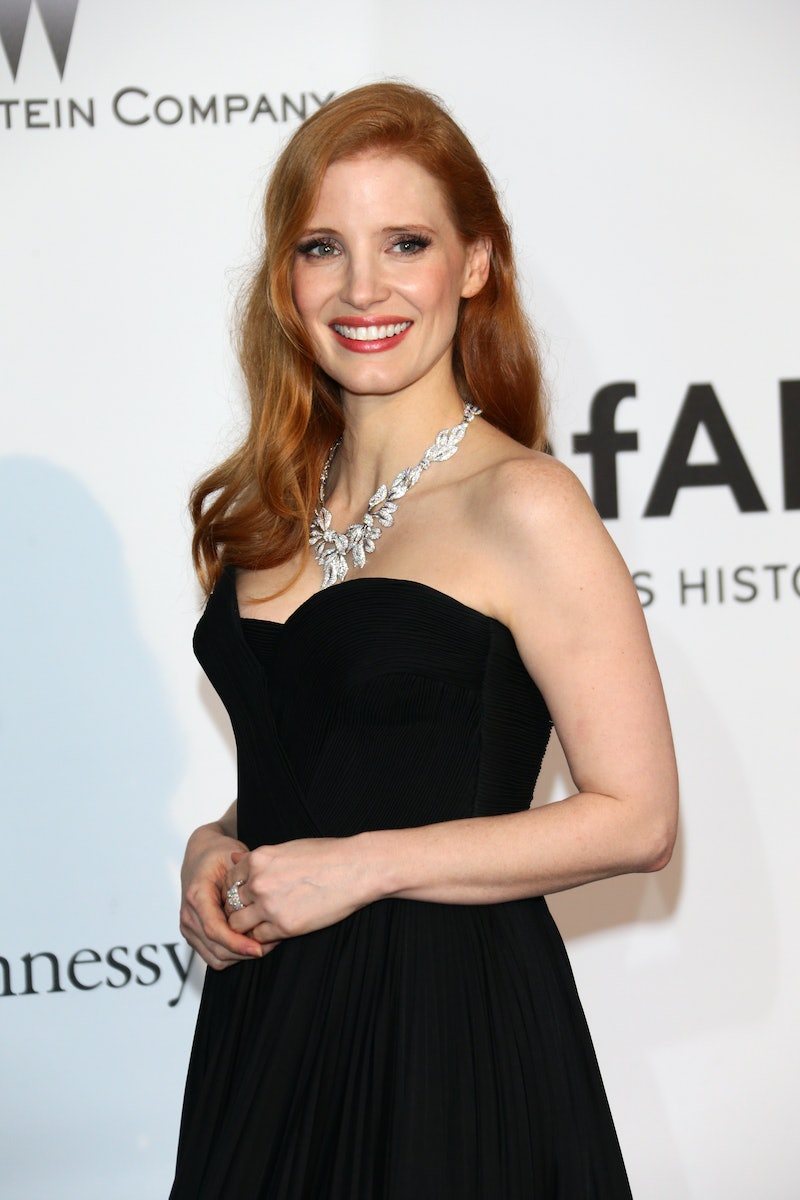 Jessica Chastain has a bevy of films on her docket this year, including the period drama Miss Julie . The international trailer for that film hit the Internet today. It was also announced that the film — which is based off August Strinberg's 1888 play of the same name — would be part of the 2014 Toronto International Film Festival lineup. 2014 is turning out to be the year of Jessica Chastain. In addition to Miss Julie, she has a handful of other anticipated projects, including the three-part romance saga The Disappearance of Elanor Rigby . Of course, the Year of Jessica Chastain is nothing new, but we're happy to welcome it once again.

Because, remember when 2011 was the year of Jessica Chastain? The gorgeous, sublimely talented actress starred in no less than five films, including The Help, which she earned a Best Supporting Actress Oscar nomination for. Then remember when it was the year of Jessica Chastain again in 2012 when she appeared in four films, including her bold performance in Zero Dark Thirty, which she earned a Best Actress Oscar nomination for. She was no slouch in 2013 either, turning out the box office-topping horror flick Mama and appearing on Broadway in The Heiress.

Now, if the official Norwegian for Miss Julie tells us anything, it's the Year of Jessica Chastain: 2014 Edition is going to be one to be reckoned with. In the film, the actress plays the titular Miss Julie, a woman who engages in a battle of the sexes with her father's valet John (Colin Farrell, who looks like he's recovered from the misstep that was last year's Winter's Tale and ready to get back in fighting form) and attempts to seduce him. The always-excellent Samantha Morton also stars.

This big screen adaptation of Miss Julie — which is directed by Liv Ullman — looks as intense and well-acted as it does daaaaamn sexy. Watch the first trailer for the film below, and maybe crank the AC a little bit higher:

More like this
Demi Lovato, Jessica Chastain & More Stars Celebrated The 4th Of July By Protesting
By Jake Viswanath
What Is Miles Teller's Net Worth? How The 'Top Gun: Maverick' Star Made His Millions
By Meg Walters
Jurnee Smollett’s Heart Is Healing
By Rebecca Carroll
Kimberly J. Brown & Daniel Kountz Looked Back On Their ‘Halloweentown’ Romance
By Stephanie Topacio Long
Get Even More From Bustle — Sign Up For The Newsletter