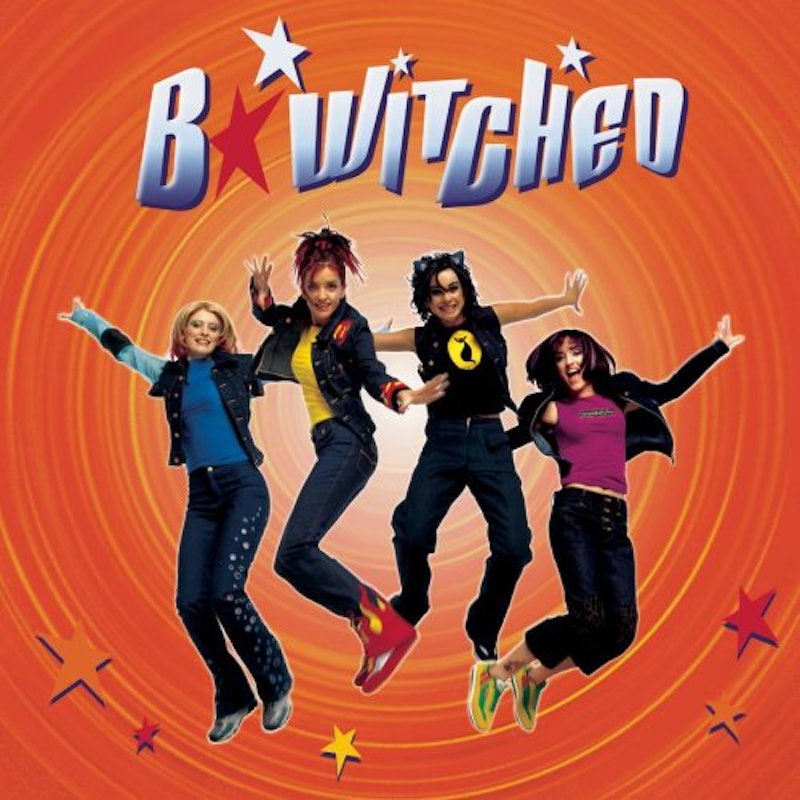 Show of hands... Who remembers B*Witched? Somewhere between the Spice Girls and 3LW, the Irish girl group jigged their way into the hearts of the world. After all these years, the ineffably catchy bubblegum pop of that band of lasses is still burrowed deep within my brain. More often than I'd care to admit, I start inexplicably singing "C'est La Vie" or "Rollercoaster" aloud on the street. That's how infectious B*Witched songs were — enough to make you into an obnoxious civilian! Somehow, despite the viral catchiness of their two top singles, we heard very little more from them. Where is B*Witched these days? Inquiring minds demand an answer!

Now the Spice Girls were successful enough for a long enough period of time for any changes in their lives to become news. And 3LW was an American band, and the members have in one way or another remained in entertainment professions. However, this Emerald Isle gal group peaked within their first years of being together, and then plummeted shortly after. But believe it or not, the team has reunited and is still performing. Chalk this up to evidence for the defense: miracles do come true! To explain how they got to this happy ending, let's go way back to the beginning.

Twin sisters and musical legacies Keavy and Edele Lynch teamed up with Lindsay Armaou and Sinead O'Carroll to start a band in 1996. By 1997, they were signed to Epic Records, and the following year "C'est La Vie" came out. These four lasses went from anonymous teens to double denim-clad icons over night.

Just in case you've forgotten the double denim, let me jog your memory:

Believe it or not, this styling choice was very deliberate. Lindsay divulged in an interview that the B*Witched marketing and image people thought it would be their signature look. It certainly was memorable, but I can't say that it was for the right reasons. Speaking of memory lane, since we're already a-travelin' down it, let's watch "Rollercoaster" and feast our eyes on some more wacky outfits!

Fast forward through several years of touring, and B*Witched was still in the biz. However, they weren't making new music that was reaching international hit status any longer. In 2002, right before they intended to start work on their third album, they were dropped by their record label at the time, Sony. Thus, the world was collectively hurled into a tailspin of denim withdrawal.

There was virtually no news of gang until 2012, when it was revealed that they would appear on a UK show titled The Big Reunion , in which long broken-up bands reunited for reunion tours. Keavy, Lindsay, Edele, and Sinead did in fact reunite to film the show, and they played a big game of catch-up with each other and the world. To briefly summarize, at the time of filming: Edele was married with kids; Keavy was studying to be a therapist and singing in a cover band; Lindsay was an actress; and Sinead was a teacher. Their tearful first meet-up is shown in the episode of The Big Reunion below. Heads up: things get heavy.

The icing on the cake is that they decided to link back up after the project, making B*Witched the chupacabra of 90s girl groups. Currently, the band is meticulously documenting their comeback on Twitter. This is what they look like today:

One big happy family again, right? But let's check out some of their music. They released a song called "Love and Money" in 2013, and in the music video, an artist makes denim transfers that look just like the band members. You get it??? 'Cause they were the all-over denim chicks!

They released an EP called Champagne or Guinness this year, and the title single is worth a listen. I must admit, it's no "Rollercoaster," but it will make you smile. One of the lyrics is "we like to feel like we're feline." Naturally, I endorse all comparisons between me and my cat, so I'm gonna call this a creative coup. On another note, they're still silly and having fun together!

I, for one, am heartened to see the B*Witched women back together as a team. Reality TV, ladies and gentlemen — it does God's work, when you give it the chance.

More like this
How The Thanksgiving Episode Of 'Gossip Girl' Changed Pop Culture History
By Gabrielle Bondi
Then Vs. Now Photos Of The 'Enchanted' Cast In 2007 & The Sequel's Stars In 2022
By Marina Watts
'Gilmore Girls’ Lauren Graham Just Revived Our Hopes For A New Reunion
By El Hunt
The 'Ugly Betty' Cast Just Reunited In The Best Way
By Sam Ramsden
Get Even More From Bustle — Sign Up For The Newsletter