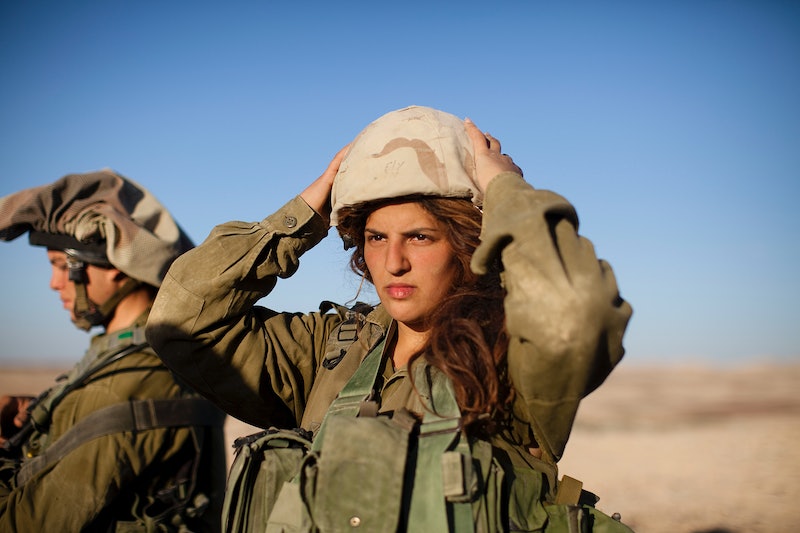 On Wednesday, the Federal Aviation Administration extended its ban on U.S. flights to Israel one more day, citing explosions near Israel's biggest airport. Israeli Prime Minister Benjamin Netanyahu is lobbying U.S. Secretary of State John Kerry to reverse the ban, saying that it's effectively a reward for Hamas, and former New York Mayor Michael Bloomberg defiantly flew to Israel anyway in order to "show solidarity with the Israeli people and to demonstrate that it is safe to fly there."

So ... is it actually safe to fly to Israel? This is just the latest of the many, many confusing questions to have arisen out of the Israeli-Palestinian conflict over the last few weeks. Because, as we all know by now, this is a conflict that is difficult to even comprehend, let alone form an opinion on.

In America, we’re not used to political issues that don’t boil down to the merits of one fundamental principle or another. We like our controversial issues to be simple and easy to understand, like same-sex marriage or gun ownership.

But Israel and Palestine are neither simple nor easy to understand. As a result, plenty of people either tune out of the debate entirely or default to the positions of their families, political parties, religious leaders, or nationalities. If you've found it nearly impossible to understand what's going on in the Middle East, there are a couple of very good reasons that may be the case. Here, in my opinion, are the most confusing things about the Israeli-Palestinian conflict.

It’s actually a bunch of different debates wrapped into one

Most hot-button political issues can more or less be summed up in one sentence (“To what extent should the government regulate firearm ownership?” for example.) But with Israel, it’s not nearly that simple. The fact of the matter is that the “Israel-Palestine debate” isn’t one debate at all; it’s about 10 or 20 different debates, and where you stand on one of them doesn’t necessarily indicate where you’ll stand on the others.

Consider the following questions. All of them are central to the larger debate and all arouse the passions of partisans on both sides.

It’s not hard to see that some of these questions have little connection with one another. Approving of a Jewish state, for example, in no way implies that you approve of Israel’s military action in Gaza. Likewise, supporting right-of-return for Palestinian refugees doesn’t mean that you support the rockets Hamas fires at Israel.

Because so many other political issues boil down to a simple one-sentence answer, it’s easy to assume that the Israeli-Palestinian question does as well. But it doesn’t.

Palestine is a country without a land mass

When you hear the words “country” or “state,” you probably think of a geographic land mass administered by some governing body that resides within that land mass. That’s how just about every country on Earth works, and it would be understandable to think of Palestine — which has been acknowledged as a state by 138 of the world’s 194 countries — in the same way.

But that would be incorrect, because Palestine doesn’t possess any land. Despite its recognition as a sovereign state by the global community, the majority of the territory referred to as "Palestine" is actually controlled by Israel. The West Bank features semi-autonomous Palestinian control in some areas but is still essentially under the dominion of Israel; the Gaza Strip, meanwhile, is self-governed by Palestinians — but those Palestinians are Hamas, which is a terrorist organization and is not recognized by the U.N. as a legitimate representative of the Palestinian people.

The fact that Palestine is essentially a landless state — or, in the eyes of its sympathizers, a state that’s been denied the land that rightfully belongs to it — immediately makes it difficult to conceptualize as an actual country, even though the majority of other countries recognize it as such.

You need a history lesson just to form an opinion

If you know what abortion is, you have 90 percent of the information needed to form a general understanding of the reproductive rights debate itself. By contrast, understanding why people are fighting about Israel and Palestine requires the rough equivalent of an undergraduate course in history.

The scope of knowledge required to truly understand every facet of the conflict is absolutely gargantuan and can’t be summed up in a couple of paragraphs. To take the example of armed conflicts — which comprise only a fraction of the history of the region — you’ve got to know about the Arab-Israeli War, the Suez Crisis, the Six-Day War, the Yom Kippur War, the South Lebanon conflict, the First and Second Intifadas, and Operation Cast Lead, to name just a few.

But to truly understand the modern phase of the question, you have to reach back even farther — to the Dreyfuss Affair, World War I, the Balfour Declaration, and the U.N. Partition Plan for Palestine. And many people would argue that the historical persecution of Jews is a crucial element of the conflict — and that persecution reaches back to the third-century BCE.

Needless to say, entire books have been written about all of these topics. To make matters worse, landmark events in the conflict are happening all of the time, so remaining informed is an endless process.

The structure of Palestinian leadership is uniquely complex and confusing

Largely due to its landlessness, Palestine has evolved a leadership structure that’s enormously complicated and has no real analogue in any other country.

The Palestinian Liberation Organization (PLO) is an umbrella group that’s broadly recognized — by Israel and most of the rest of the world — as the legitimate representative of the Palestinian people. Sounds simple enough — the PLO is basically the Palestinian government, right?

Well, not exactly. The 2.5 million Palestinians who live in the West Bank aren’t governed by the PLO per se; rather, they live under the dominion of the Israeli military and the Palestinian National Authority (PA), a self-governing body created during the 1993 Oslo Accords to administer the West Bank and Gaza. The PA receives its legitimacy from the PLO but is not controlled directly by it. And like any government, the PA is controlled by a political party — right now, that party is Fatah.

But the PA’s (and Fatah’s) authority doesn’t extend to Gaza, where nearly 2 million Palestinians live. In Gaza, the legitimate governing body is Hamas, a Sunni Muslim terrorist group that won the 2006 Palestinian parliamentary elections. Hamas and Fatah are direct rivals — not in the sense that they argue about bills on the House floor, but in the sense that they fight armed conflicts with one another and arrest each other's members in their respective zones of control.

So already, we’ve got four different entities — the PLO, the PA, Fatah, and Hamas — that could feasibly claim to be “the Palestinian government.” And two of those groups are trying to kill each other.

The very rhetoric of the conflict — "pro-Israel," "pro-Palestine" — suggests two sides that are perpetually and always at war with one another. While there is some truth to that, it's not the whole truth. In addition to the fact that plenty of individual Israelis and Palestinians get along fine in their personal lives, Israeli and Palestinian leadership do cooperate at times, most notably in the West Bank. Palestinian Authority President Mahmoud Abbas has worked in concert with the Israeli government, largely because they both share a common enemy in Hamas. Leaked documents even suggest that Abbas may have had advance warning of Israel's invasion of Gaza in 2008.

Of course, this relationship doesn't always work out well for Palestinians. But most narratives of the conflict take as a given that Israel and Palestine always have been and always are at each other's throats. Like so many other aspects of the conflict, it's more complicated than that.