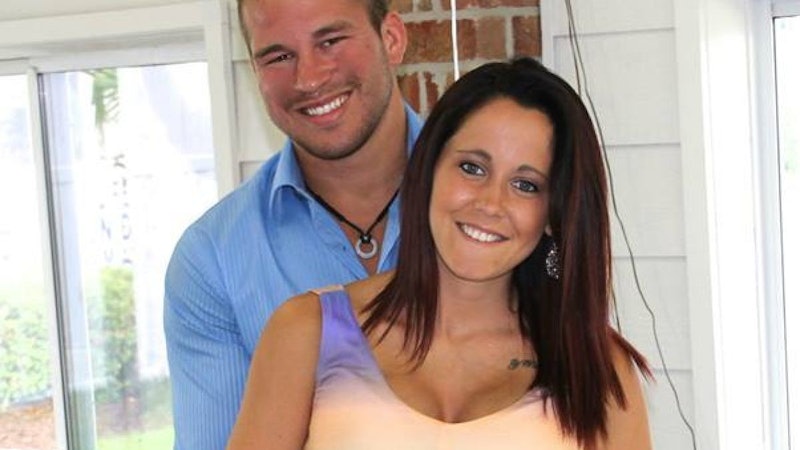 It's no secret for fans of MTV's Teen Mom 2 that Jenelle Evans has been through a lot of trying times. From charges of heroin possession with ex-husband Courtland Rogers to breaking and entering, the reality star has had a stretch of lengthy legal battles in her past. Having said that, there's a lot to root for in Janelle's life, as she looks to be taking more and more concrete efforts to be a better parent and better person altogether, despite challenges like her testy relationship with mother Barbara. For a while there, it seemed like Janelle was getting on track and ready to get rid of the drama and her mistakes.

However, while new beau Nathan Griffith is definitely an upgrade from her ex, the two are not above getting into trouble together— Jenelle got arrested after a drunken fight with Griffith, the father of her second child, Kaiser. Despite the rocky history, amidst all of this, it's important to note that Nathan isn't exactly an innocent bystander.

Teen Mom 2 hasn't made an effort to hide the young dad's problem with alcohol, and Nathan himself alluded to his troubles with drinking as recently as this week via twitter.

Nathan had to go to jail for 30 days in order to get a felony charge against him dismissed. His offenses included a DUI, driving on the wrong side of the road, and driving with a suspended license, among others. Jenelle was also wrapped up in the September 2013 event, and Season 5 of Teen Mom 2 will feature both of them in talks with their lawyer. In a testament to Jenelle's growth, the season premiere also had her confronting the problem head on with Nathan, asking him about his issues with alcohol.

But where is Nathan now? Nathan ended up being released from prison after only serving 11 days, which is good news considering the timing of everything could have had him nearly miss the birth of his and Jenelle's son. Fans of the show will also recall the then-pregnant Jenelle was also facing jail time, but charges against her were later dismissed. The couple seem to be handling the aftermath of their mistakes pretty well at present, with their twitter feeds littered with optimistic promotion for the current season. Nathan also spends a lot of time reflecting and defending his family against any haters or hecklers.

In perhaps one of his more bittersweet tweets, Nathan mentions he's never been with someone longer than a year who still wanted to be around him. That's a sad thought, but given his problems with anger and alcohol, it's not totally unbelievable. It looks like these two are in a space to grow together. Hopefully this season will be therapeutic and educational as they work to take care of their family.