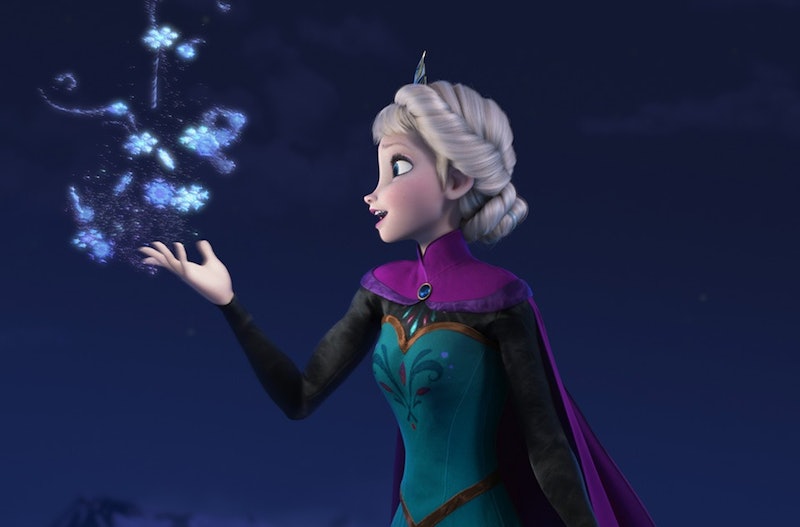 I realize that Frozen first hit cinemas a billion years ago (or, y’know, eight months). I realize that zillions of different versions of its songs have popped up on YouTube since then. I realize that we’re all probably sick of them — especially when it comes to “Let It Go” covers. But this one? Oh man. This one is definitely worth your time. Who doesn’t want to see “Let It Go” sung by characters from a huge array of 1980s television shows? No one, that’s who. Everyone wants to see that.

UK-based writer and video producer Jim Cliff is the genius behind this masterpiece; using clips from more than 60 television shows, he’s recreated the entirety of Elsa’s diva anthem. As the Telegraph points out, it’s true that it’s not the most musical of renditions — after all, it’s dialogue-based, and it hasn’t been auto-tuned, either. But it’s still all kinds of amazing to see Donatello, Jessica Fletcher, Remington Steele, ALF, Captain Picard, Kermit the Frog, and all manner of other ‘80s icons give it their all. Here, give it a watch — you won’t regret it. I promise:

This isn’t Cliff’s first rodeo, by the way; back during the summer of 2012, he cut together footage from Friends, giving us a version of Carly Rae Jepsen’s “Call Me Maybe” sung by Ross, Rachel, Phoebe, Chandler, Monica, and Joey. According to Cliff, the “Let It Go” video was “a lot harder” to put together than the “Call Me Maybe” one; he also notes that although some of the shows featured in the Frozen cover aired during the ‘70s and ‘90s, he was careful to choose his clips from episodes that originally aired in the US during the ‘80s.

In case you feel like having an ancient-by-Internet-standards tune stuck in your head for the rest of the day, here’s the Carly Rae Jepsen cover:

More like this
Remember These Ancient Pieces Of '90s Tech?
By Lucia Peters and Emma Carey
11 Trends From The ‘90s That Made You Feel So Cool
By Julie Sprankles
Harry Styles Performed A Snippet Of Taylor Swift’s “22” & The Crowd Went Wild
By Jake Viswanath
10 Eurovision Moments That Celebrate The Weird & Wonderful Camp Extravaganza
By Sam Ramsden
Get Even More From Bustle — Sign Up For The Newsletter