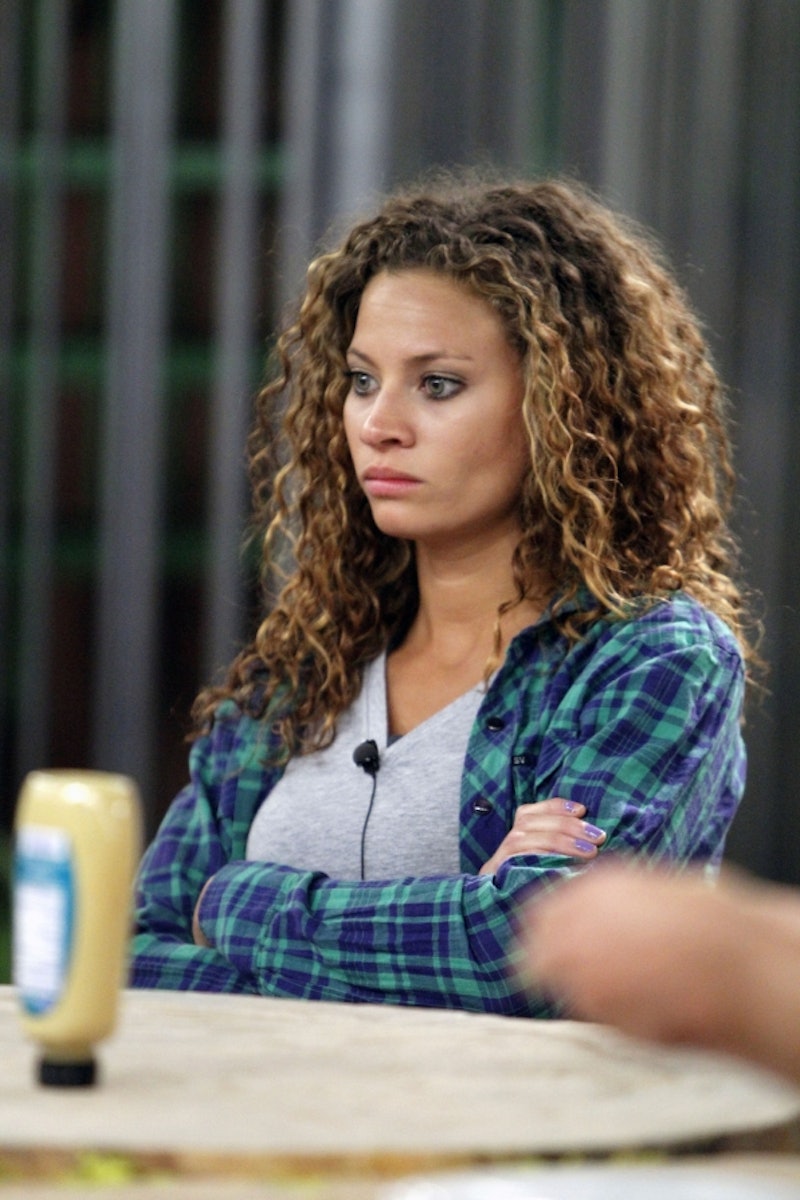 The world's most awkward date happened Tuesday night in Big Brother house between, you guessed it, Amber and Caleb. To begin, the date was pretty much forced upon Amber, so I feel like that is never a strong start to a romantic pursuit. Caleb, who hates pickles just as much as Brian "Coach" Osbourne from The Bachelorette hates pickles, forced himself to eat one to convince Amber to go on a Big Brother date with him. How romantic. The "date" consisted of sitting in the Big Brother house backyard, which looked like a lot of fun, if you are in to the whole predatory date thing that Caleb so thoughtfully provides for us. Also if you're into candles — according to Frankie, Caleb asked the Diary Room/ producers for candles for the date.

But before Caleb and Amber went on the date — or sat awkwardly in the backyard together (if that constitutes a date, then all of the houseguests are dating each other) — Caleb decided it was time (33 days in to the house) to plan his future with Amber. During the Power of Veto competition, Caleb won $5,000 and planned to make good use of that money. No, he doesn't want to donate it to LGBT causes to try and reverse his hateful and homophobic comments posted on his Instagram. Instead, he wants to invest it in his relationship with Amber. Let's just make it clear in case there is confusion, THERE IS NO RELATIONSHIP WITH AMBER.

According to Big Brother Leak, if production allows there to be prize swaps, Caleb wants to trade his $5,000 for Zach's prize from the Veto competition, a trip to Germany. I'll give you one guess who Caleb wants traveling with him. Yes, Amber. And what does Caleb plan to do in Germany?

PROPOSE. Seriously, this guy is either playing us completely, or is absolutely crazy. I think it is the latter. If I have one piece of advice for Amber it is, DO NOT LEAVE THE COUNTRY WITH THIS MAN. The Big Brother house might actually be the safest place to be right now because of the 24/7 feeds. We know he is a hunter (in more ways than one), beats hogs to death with sticks (again with the Instagram), and has made extremely racist comments, so the last thing we want to see if for them to travel outside of the U.S. together.

A few days after Caleb started planning their wedding, he realized that traveling to Germany was not going to happen. Okay, good, we are making progress. Instead, Caleb informs Amber that he asked the Diary Room if they could secure two cruise tickets for them with the $5,000 he won. RUN, AMBER.

At least, Caleb has the decency to say he wants to get Amber's mother's approval to take her on a cruise... Yeah, let's call it "the decency."

Also, can we talk about this scary photo that Caleb and Amber took in the photo booth that Big Brother put up for the houseguests in Week 2 — you know, before he got this creepy? Why is he fake punching her? Also, note that there is no "kissy face" coming from Amber in the photos. No "special look in her eyes" either, dude.

I leave you with this haunting quote about Caleb's perseverance in getting what he wants.